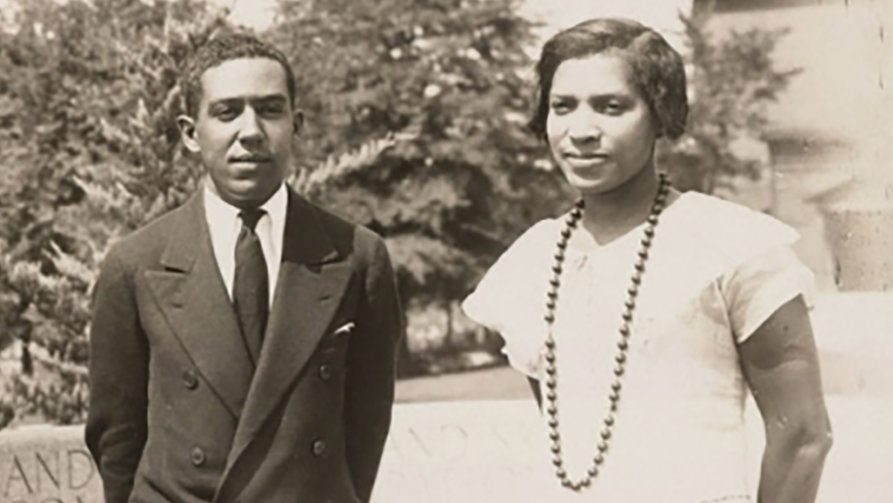 Zora Neale Hurston and Langston Hughes comparison. Write two pages in order to compare and contrast each of the following authors:

Yuval Taylor’s “Zora and Langston: A Story of Friendship and Betrayal” is an overdue study of the famous yet underdiscussed friendship and literary collaboration between Zora Neale Hurston and Langston Hughes. “It is so easy to see how and why they would love each other,” the epigraph, taken from a 1989 essay by Alice Walker, reads. “Each was to the other an affirming example of what black people could be like: wild, crazy, creative, spontaneous, at ease with who they are, and funny. A lot of attention has been given to their breakup … but very little to the pleasure Zora and Langston must have felt in each other’s company.”

That final line encapsulates Taylor’s ambitious project. The dramatic fallout between Hurston and Hughes, triggered by their collaboration on the ill-fated and controversial play “Mule Bone,” has been fetishized in literary circles for its dramatic nature. Stories of their heated fights, rumors of a love triangle involving their typist, Louise Thompson, and the involvement of lawyers have all made the rounds. Consequently, the qualities that initially drew these artists together — their shared sense of mission and pride in ordinary black people — have long been overlooked. “Zora and Langston” refocuses our attention on the positive aspects of their relationship, while doing its best to explain — through historical records and firsthand research — what really brought their friendship to an end.

In July 1927, Hurston and Hughes embarked on a tour of the Deep South — part business, part pleasure — which began with a chance meeting in downtown Mobile, Ala., where the two ran into each other outside the train station. Hurston was there to interview Cudjo Lewis, the last living former slave born in Africa; Hughes was giving readings and performing his own research.

Hughes, a Northerner, was out of his element, while the Alabama-born and Florida-bred Hurston was firmly in hers, traveling with a gun in her shoulder holster. On this trip, Hughes and Hurston grew conscious of their shared interest in black folklore and everyday people, and their pronounced taste for adventure. This chance encounter kicks off the book’s most exciting chapter, imbued with the “pleasure” Hurston and Hughes inspired in each other.

Soon after their meeting, the book describes the pair enjoying a meal of fried fish and watermelon. While most black people would have recoiled at such a meal because of its evocation of racial stereotypes, Hurston and Hughes reveled in defying such expectations. They visited Booker T. Washington’s Tuskegee University, where the only surviving photographs of Hughes and Hurston together were taken, the pair smiling on campus and looking impossibly young and carefree — a highlight of the book’s somewhat anemic visual offerings.

Charlotte Osgood Mason, a white Manhattan socialite and philanthropist who took on both Hughes and Hurston as a patron at nascent points in their careers, was a central figure in both their friendship and their subsequent estrangement. Mason was introduced to both artists by the academic Alain Locke, whose 1925 anthology “The New Negro” defined the Harlem Renaissance and cemented his position as its “dean.” Locke was gay but in the closet, and he and Hughes entered into a correspondence that culminated in Locke showing up at Hughes’s flat in Paris. Nothing happened — Locke’s infatuation was probably only semi-requited — but he nonetheless ensured Mason’s patronage of Hughes, and Hughes, in turn, recommended Hurston to Mason.