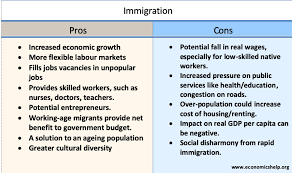 Emigration, good or bad – and from whose point of view? Discuss with respect to the experience of one sending or receiving country (or one or more groups within these countries) during the period of mass migration, 1870-1914.

1. Emigration, good or bad – and from whose point of view? Discuss with respect to the experience of one sending or receiving country (or one or more groups within these countries) during the period of mass migration, 1870-1914.

2. It is often argued that the pre-WWI gold standard facilitated international trade and foreign investment. Did it? If so, how; if not, why not?

3. Did the expansion of international trade 1870-1914 foster convergence in the Atlantic community? Explain why it did or did not and support your argument with qualitative and/or qualitative evidence.

The essay should be no longer than 6 double-spaced pages (roughly 1800 words). The general idea is to choose a topic and define it sufficiently well that you can treat it seriously within the prescribed space.

Suggested topics are broad and thus require considerable narrowing and refinement. Readings included in the course syllabus will provide you with a sufficient set of references for your essay but feel free to add material as you see fit.

The United States is a country that has been populated, built, and transformed by successive waves of migration from almost every part of the world.

This reality is widely recognized in the familiar image of the United States as a “nation of immigrants” and by the great majority of Americans, who fondly trace their family histories to Asia, Africa, or Europe or to a mix of origins that often includes an ancestry from one or more of the many indigenous peoples of the Americas.

The American national mosaic is one of long standing. In the 18th century, Jean de Crèvecoeur (1981 [1782]) observed that in America, “individuals of all nations are melted into a new race of men.”

More than two centuries later, the American experiment of E Pluribus Unum continues with one of the most generous immigration policies in the world, one that includes provisions for diversity, refugees, family reunification, and workers who bring scarce employment skills.

The United States is home to almost one-fifth of the world’s international migrants, including 23 million who arrived from 1990 to 2013 (United Nations Population Division, 2013). This figure (23 million net immigrants) is three times larger than the number of immigrants received by any other country during that period.

The successful integration of immigrants and their children contributes to the nation’s economic vitality and its vibrant and ever-changing culture.

The United States has offered opportunities to immigrants and their children to better themselves and to be fully incorporated into this society; in exchange “immigrants” have become “Americans”—embracing an American identity and citizenship, protecting the United States through service in its military, building its cities, harvesting its crops, and enriching everything from the nation’s cuisine to its universities, music, and art.

This has not always been a smooth process, and Americans have sometimes failed to live up to ideals of full inclusion and equality of opportunity for immigrants.

Many descendants of immigrants who are fully integrated into U.S. society remember the success of their immigrant parents and grandparents but forget the resistance they encountered—the riots where Italians were killed, the branding of the Irish as criminals who were taken away in “paddy wagons,” the anti-Semitism that targeted Jewish immigrants, the racist denial of citizenship to Chinese immigrants, and the shameful internment of Japanese American citizens.

This historical amnesia contributes to the tendency to celebrate the nation’s success in integrating past immigrants and to worry that somehow the most recent immigrants will not integrate and instead pose a threat to American society and civic life.