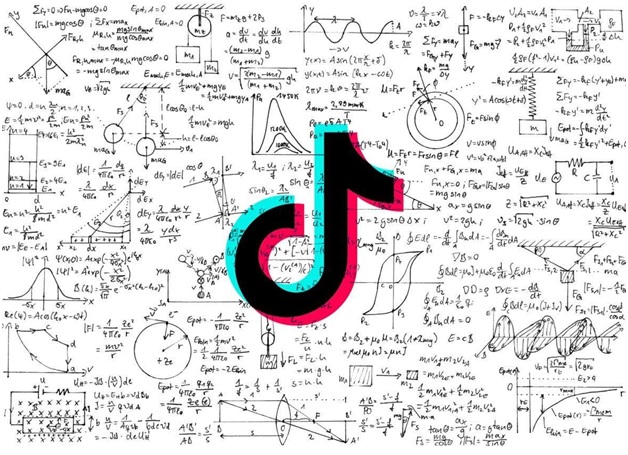 Contemporary Politics Through the TikTok Algorithm

Tiktok, a social media platform designed as a mixture of Instagram and Snapchat, has become the prime avenue for political messaging in the 21st century, beating out televised campaigns, advertisements and other media structures. Consequently, with its foolproof and politically intuitive algorithm distinct from any other, Tiktok has become the new and invincible source for the creation of political echo chambers in the 21st century.

As soon as creators began deliberately using its algorithm to spread news and rhetoric, Tiktok changed the world of political messaging. Do you ever wonder why the videos users see throughout their feeds are always geared towards their likings, even when they do not follow any particular creators? Or why one’s “For You” page is filled with content that aligns exactly with one’s political affiliations, even if they do not regularly follow politics? The answer is the Tiktok algorithm, which works in accordance with several metrics to gauge users’ opinions and effectively transform their feeds into political echo chambers.

The first phase of TikTok’s regime involves monitoring one’s in-app activity. User interactions (i.e. the posts and accounts one likes, comments on, and follows) are each taken into account in order to create a person’s “For You” page, a customized stream of content tailored exactly to a user’s previous interactions. Even when first signing up, Tiktok gives users a set of popularized videos on their initial page to obtain their primary set of likings. From the moment one downloads the app, if a user interacts with posts that lean either left or right on the political spectrum of either left or right, their future feed will follow suit.

Content information (i.e a post’s “captions, sounds and hashtags”) can also embed users into their respective political echo chambers. Tiktok monitors the captions and hashtags of each post one interacts with, so posts that contain captions featuring commentary —  such as those on “Now This Politics,” the political page for progressive news outlet “NowThis News” —  leaning to a political party will affect one’s “For You” page further.

Device settings (including location, language, and device type) and repeated viewership may also affect, although minimally, the types of videos one gets on their “For You” page. Regarding the latter, for instance, if a user were to view a specific video affiliated with the Democratic Party several times, similar content would likely gain prominence in their feed.

It can be argued that the algorithms of all social media platforms create political echo chambers, but Tiktok’s algorithm does it best. Instagram’s, for example, works much like that of TikTok’s, except when building the “Explore” page, Instagram only considers a user’s followed accounts, the posts that they upload, and the interactions they have with different pages and content. As a result, if an Instagram user does not explicitly follow, like, or comment on any politically affiliated accounts, political content will likely not appear on their explore page.

On the other hand, TikTok’s algorithm, in addition to traditional metrics, uses subliminal interactions — even the mere length for which one views a specific video — to curate and determine a user’s in-app experience based on their political preferences in just the first 10 to 15 minutes of using it.

In the past, political rhetoric and campaigns strictly involved posters, billboards, T.V. commercials, and other means that are now redundant and obsolete. TikTok has, however, filled the void, innovating on the strategies that old media first employed. For instance, whereas T.V platforms limit political content’s reach by setting restrictions on what can be shown in commercials, movies, and shows Tiktok places few to no limitations on users’ content, thus broadening the accessibility of political rhetoric.

Ultimately, TikTok introduces a distinct and new field for politicians and political activists to utilize the echo chambers it creates and spread their beliefs to those who already agree with them. Many have already taken this opportunity. In Fall 2020, for instance, Donald Trump’s Tulsa, Okla. campaign rally became a victim of Tiktok’s viral political messaging techniques when a user on the platform uploaded a video, now made private, sarcastically exclaiming that it would be awfully unfortunate if they were to RSVP for Trump’s rally event and simply not show up due to “outside circumstances.”

Thanks to the TikTok algorithm, the post was circulated to millions of users who, like the video’s creator, had Democratic political leanings. As a result, many viewers were inclined to act on the post’s suggestion to RSVP for a rally they had no intention of attending. With a stadium capacity of 19,200 people, and over a million people RSVPing to the event, the former President Trump’s campaign expected a packed house. On the day of the event, though, he and his team were caught by surprise when met with rows upon rows of vacant stadium seats: all due to the political messaging and activism conducted through TikTok.

Boasting over 1 billion users in 150 countries and leveraging a unique and particularly effective algorithm, it is clear that TikTok has a mammoth and unprecedented political impact. As its ability to reinforce confirmation bias and create political echo chambers gains potency, Tiktok is poised to continue changing how political information is shared and how its users, especially children and teenagers, develop their political identities. TikTok is the most powerful political weapon of the 21st century, and it will continue to impact the many realms of U.S politics in the years to come.