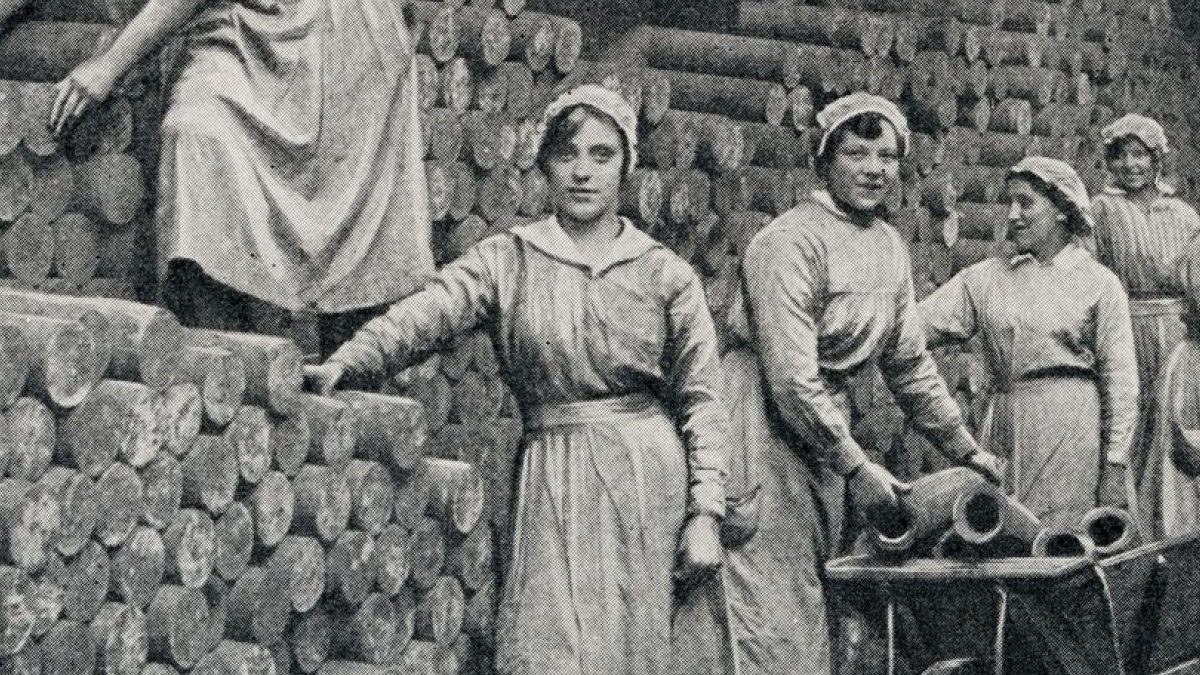 Question: Did the First World War have a lasting impact on the position of women in British (or French or German) society?

Before the Great War, a woman’s role was considered to be within the home. Public life, including politics was widely seen as for men only. It was believed that women involved in politics would neglect their responsibilities at home.

There had been progress towards a change in this attitude to women. A number of laws were passed to improve their standing. Women had increased rights over property and children within marriage, and divorce. They were also receiving more education and could be involved in local politics. All of these laws paved the way for further reform in favour of women’s position in society.

Women had become more involved in ‘white-collar’ (professional) jobs by the turn of the century.

Involvement in the war effort

During the war the biggest increase in female employment was in factories, particularly in munitions. Previously, fewer than 4,000 women worked in heavy industry in Scotland.

During World War One, the National Union of Women’s Suffrage Societies (NUWSS) stopped its political campaign and offered its full cooperation to the government.

Meanwhile, the Women’s Social and Political Union (WSPU) became a patriotic movement during the war. It promoted male enlistment and encouraged women to become involved in what was traditionally seen as male employment.

Impact of the war on the position of women

At first, men working in factories were worried about their loss of status and the threat to their wages. The problem was called ‘dilution’. It was seen as an issue because unskilled workers were being employed in skilled jobs.

Eventually an agreement was reached – women could only be trained to a semi-skilled level and had to work under supervision. This meant that the men would not feel that their status as skilled workers was undermined.

The Great War is often seen as a major turning point in the role of women in British society. However, when the war ended the majority did not keep their wartime jobs: