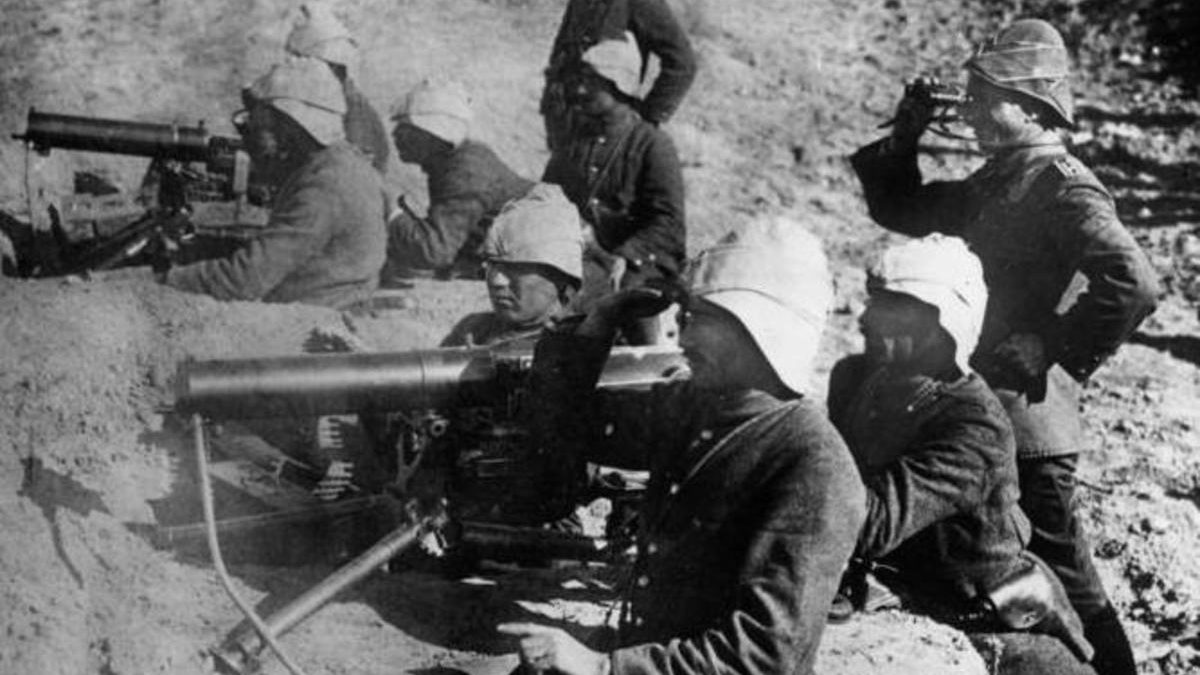 Question: Why did the First World War turn into a stalemate on the western front?

For much of the First World War, the Western Front remained almost static, with each side killing many of the other’s men but otherwise making little progress. Dr Jonathan Boff investigates why the war developed in this way and whether later depictions of wartime strategy were fair.

The First World War is often perceived as a war of attrition, a conflict in which each side tried to wear the other down by killing as many of its men as possible. This article explores the tactical, strategic, and political realities of the war, the extent to which the war was indeed characterised by stalemate in the trenches and strategic deadlock, and why this characterisation exists in the popular imagination.

How did the stalemate start?

When Germany went to war in August 1914, it gambled on knocking France out of the war in six weeks before turning on Russia to avoid a drawn-out, two-front war. The German idea, known as the Schlieffen Plan after the general who first came up with it in 1905, was to launch its armies in a giant right hook through neutral Belgium and northern France to outflank and destroy the French army and then capture Paris. The Battle of the Marne (6–10 September 1914) scuppered that, and the Schlieffen Plan failed. A surprisingly resilient French army, using its railways to brilliant effect, redeployed its reserves to defeat an over-extended, poorly coordinated and tired German force.

At Marne the German advance was not only halted, but they were compelled to retreat about 40 miles northwards. Within weeks the Western Front had petrified into a maze of trenches and barbed wire stretching from Switzerland to the sea. For most of the next three years, the Allies tried to eject the Germans from occupied France and Belgium. They launched attack after attack in famous battles such as the Somme and Third Ypres (Passchendaele), but the only tangible results were lengthening casualty lists. The front lines would only begin to move again in the final year of the war.

Machine guns and trenches were a distinctive feature of the First World War, but it was neither of these that made the Western Front static. Artillery was the biggest killer on the First World War battlefields, and it was artillery, not machine guns, that soldiers built trenches to avoid. But these trenches were a symptom rather than a cause of the immobility of warfare. With so many lethally-armed men in so small a space, it had become too dangerous for soldiers to move around above ground in daylight.

Trenches offered cover, but within not very many months, both sides had worked out how to attack across No-Man’s-Land, at high but bearable cost, and capture the enemy’s trenches. Effective artillery was the key. When the guns and infantry worked well together, more often than not the attacker could break into the enemy’s defences. Both armies integrated a range of new methods and technologies, such as the tank and the aeroplane, into how they waged war. The result was a highly dynamic measure/counter-measure race. Every time the attackers thought they had solved one problem, they discovered the defenders had posed them another.