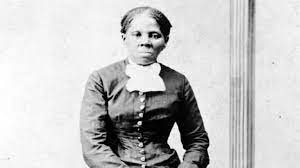 Why did Harriet Tubman run away. Harriet Tubman is perhaps the most well-known of all the Underground Railroad’s “conductors.” During a ten-year span she made 19 trips into the South and escorted over 300 slaves to freedom.

Why did Harriet Tubman run away

Harriet Tubman is perhaps the most well-known of all the Underground Railroad’s “conductors.” During a ten-year span she made 19 trips into the South and escorted over 300 slaves to freedom. And, as she once proudly pointed out to Frederick Douglass, in all of her journeys she “never lost a single passenger.”

Tubman was born a slave in Maryland’s Dorchester County around 1820. At age five or six, she began to work as a house servant. Seven years later she was sent to work in the fields. While she was still in her early teens, she suffered an injury that would follow her for the rest of her life.

Always ready to stand up for someone else, Tubman blocked a doorway to protect another field hand from an angry overseer. The overseer picked up and threw a two-pound weight at the field hand. It fell short, striking Tubman on the head. She never fully recovered from the blow, which subjected her to spells in which she would fall into a deep sleep.

Around 1844 she married a free black named John Tubman and took his last name. (She was born Araminta Ross; she later changed her first name to Harriet, after her mother.) In 1849, in fear that she, along with the other slaves on the plantation, was to be sold, Tubman resolved to run away. She set out one night on foot.

With some assistance from a friendly white woman, Tubman was on her way. She followed the North Star by night, making her way to Pennsylvania and soon after to Philadelphia, where she found work and saved her money.

The following year she returned to Maryland and escorted her sister and her sister’s two children to freedom. She made the dangerous trip back to the South soon after to rescue her brother and two other men.

On her third return, she went after her husband, only to find he had taken another wife. Undeterred, she found other slaves seeking freedom and escorted them to the North.

Tubman returned to the South again and again. She devised clever techniques that helped make her “forays” successful, including using the master’s horse and buggy for the first leg of the journey; leaving on a Saturday night, since runaway notices couldn’t be placed in newspapers until Monday morning; turning about and heading south if she encountered possible slave hunters; and carrying a drug to use on a baby if its crying might put the fugitives in danger.

Tubman even carried a gun which she used to threaten the fugitives if they became too tired or decided to turn back, telling them, “You’ll be free or die.”

By 1856, Tubman’s capture would have brought a $40,000 reward from the South. On one occasion, she overheard some men reading her wanted poster, which stated that she was illiterate. She promptly pulled out a book and feigned reading it.

The ploy was enough to fool the men.

Tubman had made the perilous trip to slave country 19 times by 1860, including one especially challenging journey in which she rescued her 70-year-old parents. Of the famed heroine, who became known as “Moses,” Frederick Douglass said, “Excepting John Brown — of sacred memory — I know of no one who has willingly encountered more perils and hardships to serve our enslaved people than [Harriet Tubman].”

And John Brown, who conferred with “General Tubman” about his plans to raid Harpers Ferry, once said that she was “one of the bravest persons on this continent.”

Becoming friends with the leading abolitionists of the day, Tubman took part in antislavery meetings. On the way to such a meeting in Boston in 1860, in an incident in Troy, New York, she helped a fugitive slave who had been captured.

During the Civil War Harriet Tubman worked for the Union as a cook, a nurse, and even a spy. After the war she settled in Auburn, New York, where she would spend the rest of her long life. She died in 1913.