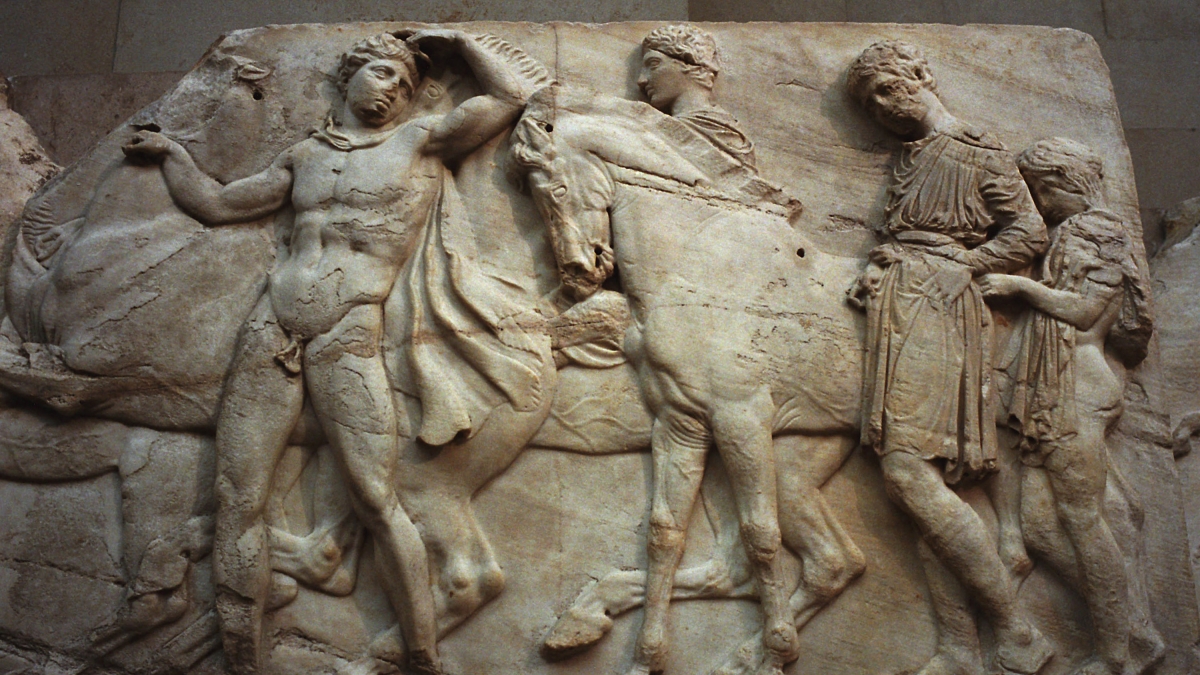 Who the best conservator of artifacts is. Is art an integral component in cultural or national identity?

Who the best conservator of artifacts is

Who is the best conservator of artifacts: museums or the descendants of the people who created them? Is art an integral component in cultural or national identity? In this discussion, we will debate the problems involving the “ownership” of important cultural artifacts. Within a museum collection’s context, these artifacts would be called “material culture.”

When you are done with your research, answer the following questions in the discussion forum:

Provide new insight, examples, and perspectives for those who do not agree with your point of view, and add further information or knowledge to those you agree with.

The Elgin Marbles refer to a collection of ancient Greek sculptures and architectural details, dating back to the fifth century BC, which are currently kept in the British Museum, London.

Approximately half of the objects were removed from the Parthenon at Athens, and other ancient buildings, and shipped to England at the bequest of Thomas Bruce, 7th Lord Elgin, who was British ambassador to the Ottoman Empire from 1799 – 1803, which occupied Greece from 1458 to 1820s.

Why are they controversial?

The Elgin Marbles have been controversial for over 200 years, with the Acropolis Museum in Athens – which houses the remaining sculptures – keeping a space empty for them amongst its current display.

Greece considers the Elgin Marbles stolen goods and has frequently demanded that they be returned.

The British museum disagrees however, claiming that the ancient marbles, which are roughly half of a 160-metre frieze that adorned the fifth century BC Parthenon temple, were legally acquired by Lord Elgin after making an agreement with the Ottoman leaders.

It also claims to have preserved the relics from deterioration, having housed Elgin’s haul since 1861 – although a study last year found the relics have been irreparably damaged.

The removal of the Elgin Marbles highlights debates about the ownership of cultural artifacts and the return of antiquities to their places of origin, with the British Museum accused of exhibiting “pilfered cultural property”.