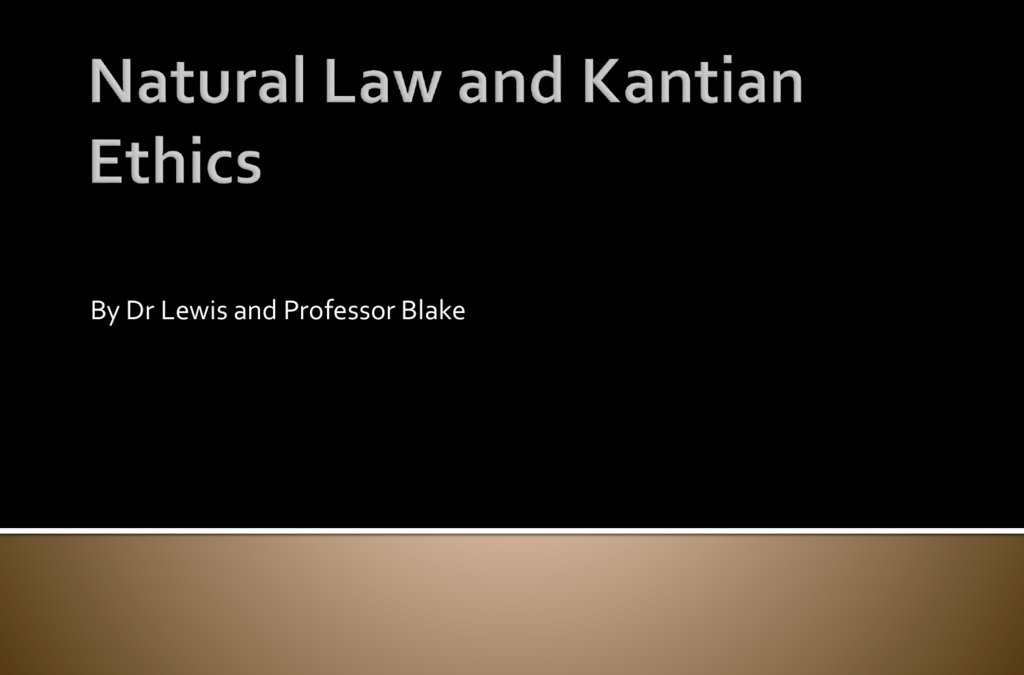 1. Which moral theory—Kant’s or natural law— seems more plausible to you? Why? 2. What elements of Kant’s theory do you think could or should be part of any viable moral theory?   3. Kant says that to act morally is to act out of duty. How does this differ from the virtue ethics approach? Are you likely to admire someone who always acts out of duty alone? Why or why not?

Natural law theories of ethics and justice go back to the ancient Greeks, and there are variations within this tradition. Generally speaking, however, natural law theories maintain that ethical and political principles can be justified by reason alone, that they are objective and universal in scope, and that they do not depend on the subjective feelings or desires of individuals or originate in the decrees of government. Modern libertarian thought, as found in the writings of John Locke and other classical liberals, emerged from this natural law perspective, and it remains a dominant theme in contemporary libertarian thought.

Immanuel Kant vigorously upheld the objective validity of fundamental moral and political principles; and, as I briefly explained in my last essay, he intended his Categorical Imperative to be a formal test that tells us which moral principles qualify as objectively justifiable and which do not. The Categorical Imperative is essentially a principle of universalizability, according to which moral principles must apply in the same way to all rational beings, without exception.

We may not demand that others do x while exempting ourselves from the same rule, nor may we exempt others from the same moral standards that we apply to ourselves. As Kant put it: “The first principle of morality is, therefore, act according to a maxim which can, at the same time, be valid as universal law.—Any maxim which does not so qualify is contrary to morality.” (DV, p 25.)

Among his three famous formulations of the Categorical Imperative, it is the second that has the most relevance to Kant’s theory of rights and justice. This second formulation reads as follows: “Act in such a way that you always treat humanity, whether in your own person or in the person of any other, never simply as a means, but always at the same time as an end.” (GMM, p. 91.)

As an example of this principle, Kant discussed a person who violates the freedom or property rights of other people. “[I]t is manifest that a violator of the rights of man intends to use the person of others merely as means without taking into consideration that, as rational beings, they ought always at the same time to be rated as ends….” (GMM, 92.) That every human being (indeed, every rational being, whether human or not) is an end in himself, with the right to pursue happiness in his own way without the coercive interference of others, was an essential element of Kant’s moral and political theory.

And it is this distinction that determines the moral limits of governmental power. Like classical liberals before him, Kant understood that governments primarily use coercion, not persuasion, to achieve their ends, so we must first determine when coercion is morally justifiable and when it is not if we are to understand the proper limits of government.