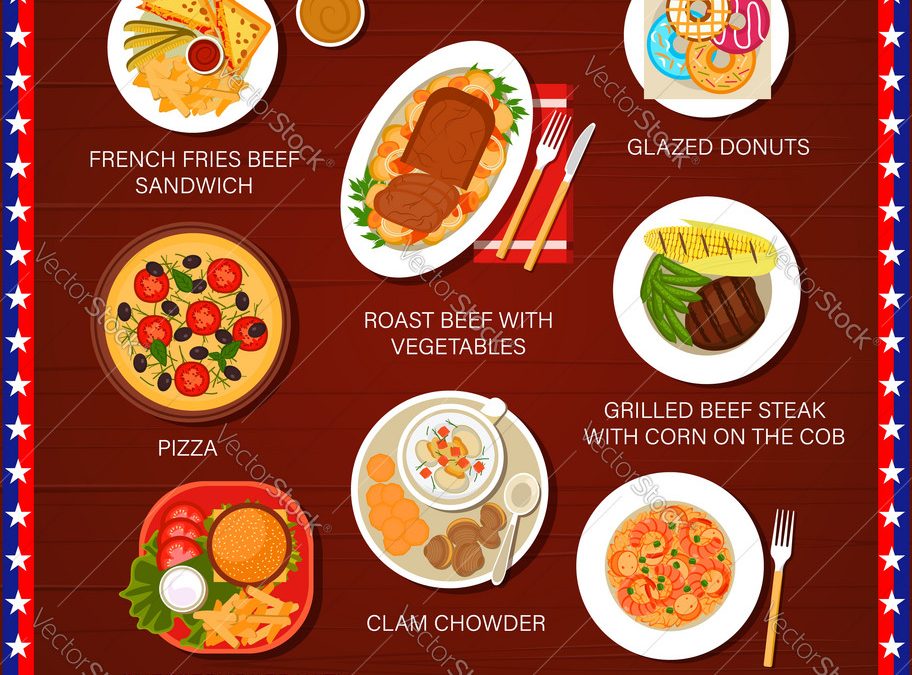 What made American cuisine today?

–       Discuss about obesity in United States.

It is easy to define some countries’ cuisines because the food and recipes are indigenous of the region, often derived out of necessity or a means for survival—the ingredients naturally coming from the local land or sea. However, since the U.S. is a country made up of cultures from many other countries and Indigenous peoples, it can be somewhat challenging to define its cuisine—what recipes are “American”?

The U.S. is a melting pot of cultures as a result of the many immigrants and enslaved people that came here from various other countries across the globe. A significant part of this equation, too, comes from the cultures of Indigenous peoples who lived on the land well before colonization. With this bountiful combination of culinary traditions, American cuisine has become greater than the sum of its parts and offers something unique. This country has established several dishes that many consider examples of an “American” food tradition.

A myriad dishes could be listed as “American,” but there are a certain few that fit the quintessential image of this diverse and expanding culinary tradition.

Whether Memorial Day, July 4th, or Labor Day, families across the U.S. fire up their grills and invite friends for a good old-fashioned cookout, complete with all of the expected traditional favorites like hamburgers, hot dogs, potato salad, and coleslaw. Many cookouts also include a rack of barbecued ribs, chicken, or brisket on the grill.

Foods born out of “Down South” traditions have become American standards. Whether fried chicken, biscuits, chicken and dumplings, chicken-fried steak and gravy, fried green tomatoes, or shrimp and grits, these dishes are popular from California to Maine. Furthermore, cornbread and corn pudding may have southern roots but couldn’t be more American. Of course, variations abound, but the heart of these dishes remains the southern no matter where you eat them.

Passion for Meat and Potatoes

What other country is known for their extra-large cuts of meat, served sizzling on a plate with a side of potatoes and creamed spinach? The American steakhouse is an example of this country’s love of beef—and lots of it—and many are considered landmarks in cities nationwide.

The dishes macaroni and cheese, chicken pot pie, and chili all create the image of sitting by the fire eating warm, comforting food on a cold day. We may also put a pot roast in the oven, or bake a meatloaf to satisfy any cravings or cure the winter blues. All of these dishes seem quite American, even if they may have origins from other parts of the world.

Taking advantage of the treasures that the surrounding oceans offer, Americans have created one of the best shellfish samplers around—the New England clambake. Complete with Maine lobster and local clams or mussels, potatoes, and corn on the cob, this summertime meal-in-one is an American classic. It is often accompanied by clam chowder, a creamy way to enjoy the flavors of the sea. But let’s not forget Maryland crab cakes and Louisiana crab boils, too!

Desserts to be Proud of

You know the phrase: “As American as apple pie“—need we say more? Well, yes, if that is to also include other favorites such as cherry pie, pecan pie, and key lime pie. We have to include strawberry shortcake on the list as well as this springtime dessert of strawberries, whipped cream, and biscuit is very red, white, and blue.

International With an American Twist

Many dishes we eat today may have originated in the countries immigrants left to come to America. These foods and recipes have changed over time and taken on a new American quality. In fact, many chefs or foodies from other countries will claim that we have “Americanized” certain international dishes, such as pizza, pasta, and Chinese food.