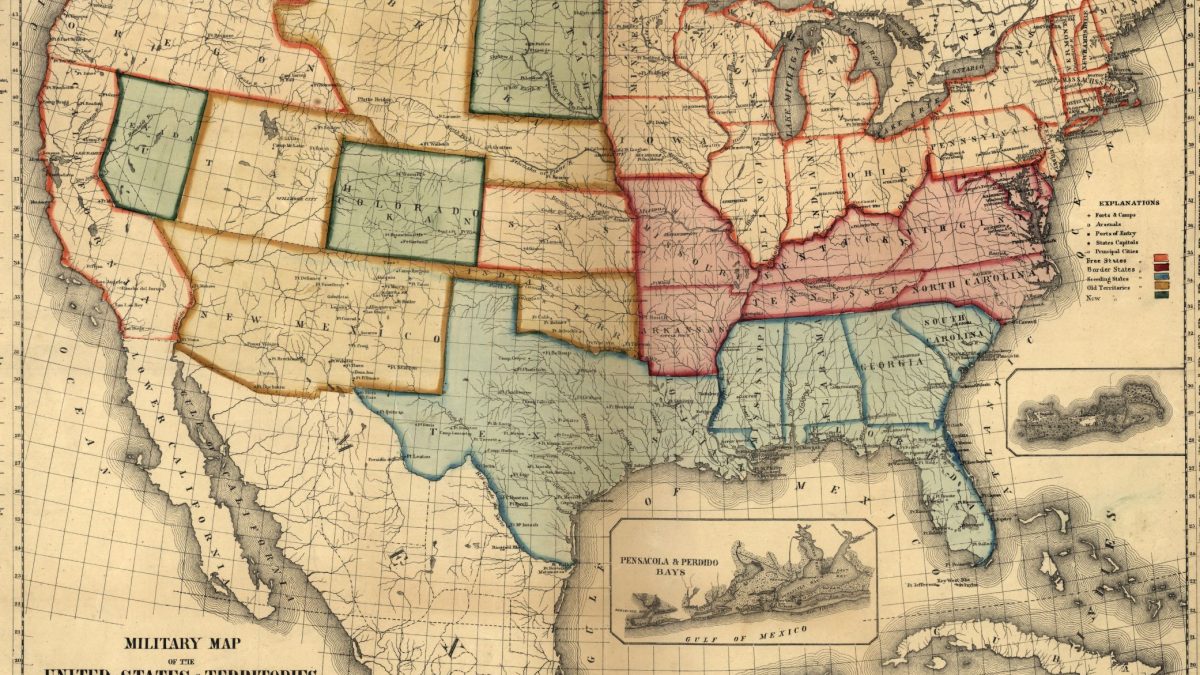 What is the relationship between the Civil War and the West?

What is the relationship between the Civil War and the West?

The Civil War and the Far West

The Civil War and the American conquest of the West were two of the most important events that changed the United States in the nineteenth century; however, they are often treated and taught separately in history texts and classrooms. This separate categorization is hardly surprising since, in terms of geography, the majority of the Civil War took place in the southern and border states, with little military engagement in the trans-Mississippi West that occupies the focus of most western history specialists.

But is also odd, given the importance of the West to American politics and identity in the decades leading up to 1861. The expansion of slavery figured prominently in the power struggles for control over western territory in the first half of the nineteenth century; determining the free or slave status of incoming states and federal territorial possessions was central of the Missouri Compromise (1832) and the Compromise of 1850, the two biggest political bargains that diffused the nation’s heated slavery debates in the antebellum period.

Westerners also witnessed these political struggles produce outright violence, including the Bloody Kansas border war (1854 – 1861), before war turned national. Despite the close relationship between the West and the slavery politics that produced the Civil War, once historians reach the secession crisis, which began in the wake of Abraham Lincoln’s 1860 election, the West disappears from the main historical narrative.

New Scholarship on the Civil War and the West

Historians have recently begun a renewed effort to explicitly articulate the ways in which we might think about the Civil War and the West together, building on an earlier literature that limited the Civil War in the Far West to histories of military conflict, particularly the New Mexico Campaign (1862) and the Battle of Glorieta Pass. Anthologies like the University of California Press’s Civil War Wests demonstrate the sheer diversity of scholarship a Civil War West framework can produce and join together.

These collections of essays also illuminate broader themes that can help us think about East and West together – how the Civil War period raised questions about the nature and form of citizenship, witnessed many kinds of violent conflict on and off formal battlefields, and set in motion military, economic, and political events that continued well after the war officially ended.

Histories that explore these themes are helping to reorient the major narratives of not only the Civil War, but will also expand our conceptions of Reconstruction practices and policies, revealing the national scope and impact of the Civil War and its consequences, as well as the period’s international significance.

* If you are near Autry National Center of the American West in Los Angeles, CA, check out their complimentary museum exhibition, Empire and Liberty, which explores “the causes and legacies of the American Civil War from the vantage point of Westward expansion,” on view until January 3, 2016.

The Civil War West in the Classroom

Bringing the Civil War West into the classroom can be approached from a number of directions, to which the wide-ranging variety of recent scholarship attests.  Prompting students think about the Civil War and western expansion together not only introduces them a current and growing subject of historical inquiry, but also helps them appreciate the truly national impact of the war.

Adding the Far West into a Civil War narrative, however, should not merely take the form of extra-curricular add-ons; as historians have warned, “brief excursions into less traversed territory… do not really disrupted or reroute what have long been the main thoroughfares of study and writing.” In keeping with the purpose and spirit of the new scholarship that combines the West and the Civil War, teachers will be best served by purposefully integrating western perspectives and sources into the larger narratives of the desired curriculum where possible.