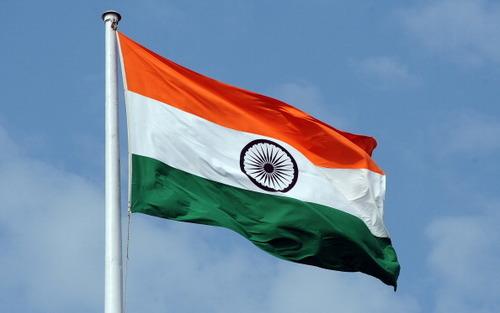 What forces fed nationalism in India (or the Arab world, or Turkey, or China) in the interwar years?

What forces fed nationalism in India?

The Rise of Hindu Nationalism

In Mahatma Gandhi’s fabled riverside ashram in Ahmedabad, Gujarat, is a poster recalling his stand against majoritarianism: “I do not believe in the doctrine of the greatest good of the greatest number. It means in its nakedness that in order to achieve the supposed good of fifty-one percent, the interest of forty-nine percent, may be, or rather should be sacrificed. It is a heartless doctrine and has done harm to humanity.”

The quote reflects Gandhi’s conviction — shared with the architect of the Indian Constitution, the formidable Bhimrao Ramji Ambedkar — that political life “was inconceivable without an unconditional equality in moral and social relations,” as the historian Aishwary Kumar puts it. India’s commitment to religious equality took on geopolitical significance after independence.

Pakistan is the “other” of Indian nationalism, so it was important to demonstrate that Muslims who stayed behind in secular India instead of heading to Islamic Pakistan upon partition had made the right decision. However, the secular anticolonial nationalism of Congress was always challenged. The Muslim separatism that created Pakistan would continue to thrive in Kashmir. And there was Hindu nationalism. The same Gujarat that claims India’s greatest son would also produce Narendra Modi.

In the 1920s, Gandhi’s Ahmedabad was the spiritual center for the political principles of nonviolence and nondiscrimination. Eighty years later, Ahmedabad would be ground zero for one of India’s bloodiest communal massacres since partition. After that, in the new normal presided over by Chief Minister Modi, the city was divided by physical, institutional, and cultural walls completely antithetical to India’s founding vision.

Muslims are ghettoized in the suburb of Juhapura, which is denied municipal services. “It is almost impossible for Ahmedabad’s Muslims to obtain a housing loan for a home in a Hindu area, and the city government of Ahmedabad has designated most of Juhapura as an agricultural zone. Muslims are therefore not only pushed on the margins of the city but also towards illegality,” says Zahir Janmohamad, an American human rights worker who witnessed the 2002 pogrom and has written a book about contemporary Ahmedabad.

Modi’s Bharatiya Janata Party (BJP) was formed in 1980. Like India’s other nationalisms, however, its roots go back to the late 19th century. The BJP is the political wing of a formidable network of groups referred to collectively as the Sangh Parivar (“family of organizations” in Hindi). The movement’s main driver is the Rashtriya Swayamsevak Sangh (RSS), an all-male Hindu chauvinist organization founded in 1925.

At its most benign, the RSS is a disciplined force of volunteers dedicated to social service, usually among the first to offer help in natural disasters. But RSS militants are also at the forefront of extreme intolerance, leading the charge in violence against minorities, organizing forced conversions, and attacking writers and artists.

Pradip Jain, a smartly dressed lawyer, is the RSS spokesman in Gujarat. Sitting cross-legged on a divan in an office in Ahmedabad, he tells me that the role of the RSS is simply to spread good values and build good human beings, who would in turn build the nation. “Just like every family has a head, every society has a head, and religion is its head.” He explains that, while the country is ordered by its constitution, the nation is ruled by dharma, loosely translated as life-sustaining cosmic order. This is, he says, what sets India apart from other nations. “In India, dharma is supreme.”

This self-understanding, of being both separate from and superior to the trivialities of electoral politics, makes the RSS an uncompromisingly ideological organization. It has no political agenda as such, Jain insists: it inculcates values and does not interfere with the state. This, however, is not some isolationist sect.

The RSS may not want to govern — that is the BJP’s job — but it obviously relishes power, and does not mind being feared. It has mastered its unique place in Indian life, everywhere and nowhere, fluid and iron. The RSS doesn’t even have a formal membership system, Jain says, but that does not stop him from giving a small, satisfied smile when I point out that it is reputedly the largest voluntary organization in the world.

And even as he insists that the RSS does not tell its followers what to do, Jain notes that each is required to give back something to the society in his own sphere. “The person who has built his persona through Sangh will not leave any stone unturned,” Jain says with the same smile. You get the sense that the chill invoked by this choice of words was probably not accidental.