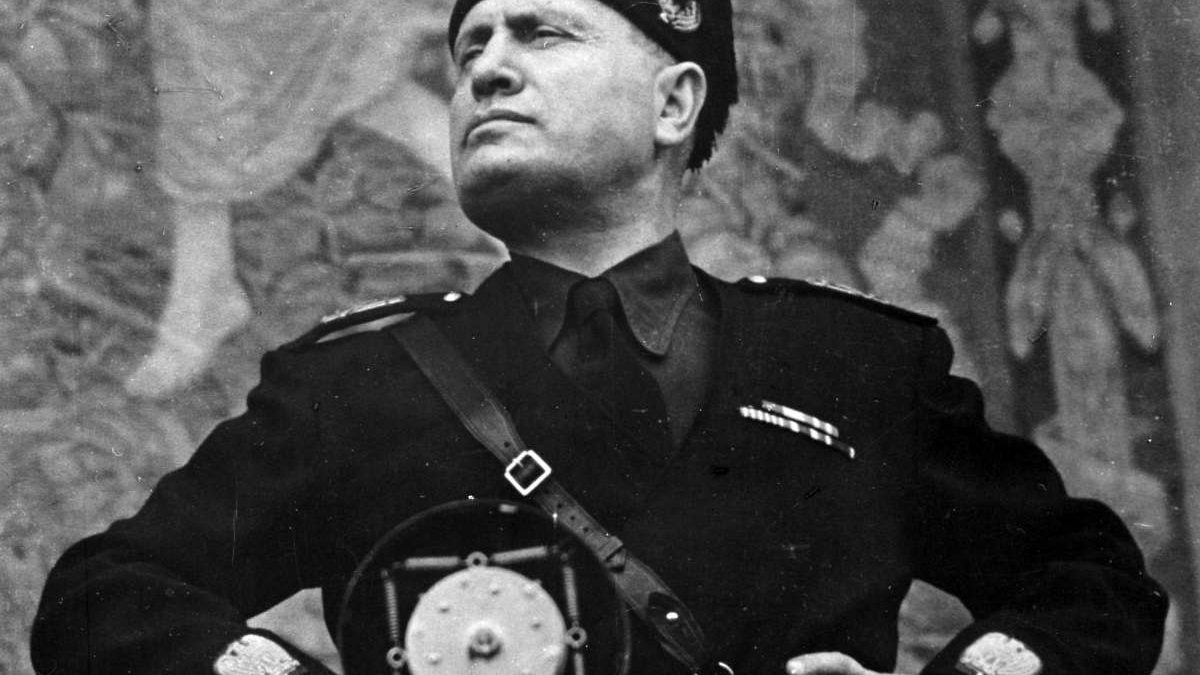 What factors brought Mussolini to power?

What factors brought Mussolini to power?

Rise to power of Benito Mussolini

Wounded while serving with the bersaglieri (a corps of sharpshooters), he returned home a convinced antisocialist and a man with a sense of destiny. As early as February 1918, he advocated the emergence of a dictator—“a man who is ruthless and energetic enough to make a clean sweep”—to confront the economic and political crisis then gripping Italy. Three months later, in a widely reported speech in Bologna, he hinted that he himself might prove to be such a man.

The following year the nucleus of a party prepared to support his ambitious idea was formed in Milan. In an office in Piazza San Sepolcro, about 200 assorted republicans, anarchists, syndicalists, discontented socialists, restless revolutionaries, and discharged soldiers met to discuss the establishment of a new force in Italian politics. Mussolini called this force the fasci di combattimento (“fighting bands”), groups of fighters bound together by ties as close as those that secured the fasces of the lictors—the symbols of ancient Roman authority. So fascism was created and its symbol devised.

At rallies—surrounded by supporters wearing black shirts—Mussolini caught the imagination of the crowds. His physique was impressive, and his style of oratory, staccato and repetitive, was superb. His attitudes were highly theatrical, his opinions were contradictory, his facts were often wrong, and his attacks were frequently malicious and misdirected; but his words were so dramatic, his metaphors so apt and striking, his vigorous, repetitive gestures so extraordinarily effective, that he rarely failed to impose his mood.

Fascist squads, militias inspired by Mussolini but often created by local leaders, swept through the countryside of the Po Valley and the Puglian plains, rounded up Socialists, burned down union and party offices, and terrorized the local population. Hundreds of radicals were humiliated, beaten, or killed. In late 1920, the Blackshirt squads, often with the direct help of landowners, began to attack local government institutions and prevent left-wing administrations from taking power.

Mussolini encouraged the squads—although he soon tried to control them—and organized similar raids in and around Milan. By late 1921, the Fascists controlled large parts of Italy, and the left, in part because of its failures during the postwar years, had all but collapsed. The government, dominated by middle-class Liberals, did little to combat this lawlessness, both through weak political will and a desire to see the mainly working-class left defeated. As the Fascist movement built a broad base of support around the powerful ideas of nationalism and anti-Bolshevism, Mussolini began planning to seize power at the national level.

In the summer of 1922, Mussolini’s opportunity presented itself. The remnants of the trade-union movement called a general strike. Mussolini declared that unless the government prevented the strike, the Fascists would. Fascist volunteers, in fact, helped to defeat the strike and thus advanced the Fascist claim to power. At a gathering of 40,000 Fascists in Naples on October 24, Mussolini threatened, “Either the government will be given to us, or we will seize it by marching on Rome.” Responding to his oratory the assembled Fascists excitedly took up the cry, shouting in unison “Roma! Roma! Roma!” All appeared eager to march.

Later that day, Mussolini and other leading Fascists decided that four days later the Fascist militia would advance on Rome in converging columns led by four leading party members later to be known as the Quadrumviri. Mussolini himself was not one of the four.

He was still hoping for a political compromise, and he refused to move before King Victor Emmanuel III summoned him in writing. Meanwhile, all over Italy the Fascists prepared for action, and the March on Rome began. Although it was far less orderly than Fascist propaganda later suggested, it was sufficiently threatening to bring down the government. And the king, prepared to accept the Fascist alternative, dispatched the telegram for which Mussolini had been waiting.