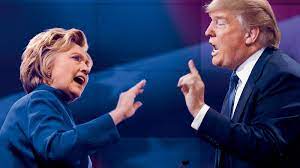 What events may have caused Clinton and Trump’s attempts to fail? Lastly, the healthcare reform of 2010(ACA) has had a tremendous impact on the sector, and the economy and rearranged the entire industry.

What events may have caused Clinton and Trump’s attempts to fail?

After researching (including assigned readings and the textbook), surrounding the healthcare reform initiatives undertaken by the Clinton, Obama, and Trump administrations, what factors(name and explain at least 3) might explain the Obama plan’s success? What events may have caused Clinton and Trump’s attempts to fail?

Lastly, the healthcare reform of 2010(ACA) has had a tremendous impact on the sector, and the economy and rearranged the entire industry. While researchers have documented the failures of the reform, the verdict from most analysts, supported by surveys, indicates on balance, the reforms have had a positive impact on communities especially low-income, underserved, and minority communities.

The Clintonian Roots of Obamacare

Making one final pitch for his sweeping health-care plan, the president turned to the issue of cost. Making health insurance affordable, he told the primetime television audience, meant ensuring that “everybody is covered — and this is a very important thing — unless everybody is covered, we will never be able to fully put the brakes on health care inflation.”

In the president’s analysis, achieving universal coverage meant that the federal government had to compel consumers to purchase insurance and force businesses to offer it. “Some call it an employer mandate, but I think it’s the fairest way to achieve responsibility in the health care system,” the president said, defending the controversial proposal. “And it’s the easiest for ordinary Americans to understand, because it builds on what we already have and what already works for so many Americans.”

The president conceded that some people would have to pay more as a result of the costly requirements, while others would get financial relief. “If you’re a small business with fewer than 50 employees, you’ll get a subsidy. If you’re a firm that provides only very limited coverage, you may have to pay more….If you’re a young single person in your twenties and you’re already insured, your rates may go up somewhat because you’re going to go into a big pool with middle-aged people and older people,” the president said.

“[A]nd we want to enable people to keep their insurance even when someone in their family gets sick….If you currently get your health insurance through your job, under our plan, you still will. And for the first time, everybody will get to choose from among at least three plans,” he promised.

This was the president’s closing address to the American people as he made one final push for passage of his sweeping plan. It was delivered on September 22, 1993. The president was Bill Clinton.

The similarity to more recent presidential health-care reform pitches is not coincidental. The Patient Protection and Affordable Care Act of 2010 borrowed heavily from the Clinton-era plan known as “Hillarycare.” As first lady, Hillary Rodham Clinton played an instrumental role in crafting that 1993 plan, which laid out a sort of blueprint for progressive health-care reform that subsequent proposals have followed — including the plan she proposed as a presidential candidate in 2008.

In fact, Hillary Clinton’s “American Health Choices Plan” for her 2008 presidential campaign serves as an instructive bridge between her 1993 legislation and the achievement of its key provisions in Obamacare. Clinton is the historical author of Obamacare’s principal tenets, and for more than two decades she has served as their most constant champion. In its major elements and its ethos, the passage of Obamacare was a triumph of the legislative effort that Hillary Clinton launched in 1993. And Hillarycare, in turn, can tell us a great deal about where she likely thinks Obamacare should go from here.

In 1993, Hillary Clinton was appointed by President Bill Clinton to lead the secretive task force that drafted his administration’s health-care reform proposal. Once it was completed, she was tasked with selling it to Congress. Immediately after President Clinton’s address to a joint session of Congress in September 1993, calling for Congress to pass his bill, Mrs. Clinton pressed for its enactment, appearing for several days of congressional testimony.

The 1993 Health Security Act proposed a comprehensive overhaul of the American health-care system, starting with health insurance. Large employers were required to offer health-care coverage, and every American was required to carry insurance. Employers had to provide at least the federally defined “standard” package of health-care benefits, and businesses had to pay for at least 80% of the cost of covering those benefits.

The plan also subsidized companies to help offset some of the cost of the premiums for these mandate-rich policies. After these premium subsidies, the total cost of the plans to businesses would be capped at 3.5% of their total payroll costs for small firms and up to a maximum of 7.9% of payroll costs for large firms.

Hillarycare, much like Obamacare, didn’t fully exempt self-insured companies from the new rules and mandates. The federal rules that outlined the services that the health plans had to cover, and the amount of cost-sharing permitted, applied to the employer insurance plans.

Hillarycare itemized these services, detailing in the proposed statutory text the precise screening tests and vaccinations that insurance policies would have to cover, as well as “family planning services,” which were intended to include abortion coverage. Architects of the plan would later brag that there were almost 100 pages devoted to enumerating the specific tests, treatments, and preventive services that had to be covered.

(Obamacare’s authors left many of these specifics for regulators to decide later on; the decisions of those regulators effectively mirrored the Hillarycare lists.)

Hillarycare, like Obamacare, also included a play-or-pay mechanism. Businesses were required to offer health-care coverage. If they didn’t, they had to pay a penalty (or tax). That fee would be used to help offset the cost to the federal government when their employees instead purchased the mandatory coverage in one of the new regional “exchanges.”

In addition to the mandates on individuals and employers, the heart of Hillarycare was the creation of these exchanges, where insurers would be forced to sell their coverage to consumers compelled to purchase it. Clinton’s 1,342-page proposal would have corralled all Americans into what were called “regional health alliances.”

These were the precursor to Obamacare’s exchanges. The main difference between the two is the fact that the Clinton exchanges were multi-state and thus fewer in number, whereas under Obamacare, each state is required to set up its own separate, free-standing “marketplace” or employ a federally run one.

These Hillarycare “alliances” were charged with implementing the federal rules on benefit design, premiums, and cost sharing. This is how Hillarycare co-opted state regulation of insurance and federalized it — and it is, on these fronts too, the model Obamacare used for its exchanges.

Consumers were forced to shop for coverage inside the “alliances” — there was to be no alternative market. If Americans didn’t sign up for one of the plans, they would be automatically enrolled and then penalized; they would have to pay as much as twice the cost of the premium of the health plan that they ultimately selected. Obamacare includes a similar penalty, which the Supreme Court later ruled to be a tax.

These regional alliances were a state-based system of health-insurance marketplaces that would control access to health plans. They also handled enrollment, collected premiums, and enforced the federal insurance rules. In a report evaluating the Clinton health-care plan, the Congressional Budget Office noted in February 1994 that the alliances “would combine the functions of purchasing agents, contract negotiators, welfare agencies, financial intermediaries, collectors of premiums, developers and managers of information systems and coordinators of the flow of information and money between themselves and other alliances.”

While the similarities between the alliances and the exchanges are revealing, there are some key differences between Hillarycare and Obamacare that are instructive, as they expose some of the lessons learned from the 1993 reform’s failure. First, under Hillarycare, employers were under pressure to move their employees into the exchanges from the outset, although large businesses could opt out of the alliances. Employers with more than 5,000 workers could create their own exchanges, which functioned as separate pools for their own workers.

Obamacare, by contrast, let the individual insurance market co-exist alongside the state-based exchanges, at least in the first year of operation. People could still go out and buy a “grandfathered” health plan directly from an insurance company — if any such policies were still available in their state. Whereas Hillarycare eliminated the individual markets from day one, which would have set off more initial disruptions for people who already had coverage, Obamacare eroded these plans over a period of several years by gradually subjecting them to costly regulation.

It’s clear that Obamacare’s architects expected the health plans sold in the individual market to quickly migrate onto the exchanges — an outcome that is largely unfolding. They also expected the plans sold in the small-group market — mostly fully insured plans available to small businesses — to similarly move onto the exchanges in very short order.

It’s a distinction between the two reforms that doesn’t offer much of a practical difference: President Obama knew that individual and small-group plans would be crowded out by the exchanges and quickly wither away. But he learned from the mistakes of 1993 and didn’t abolish these plans at the very outset, which allowed for slower-moving, less direct disruption.

As mentioned above, the 1993 Health Security Act (like Obamacare) sought to mandate a costly package of mostly routine health-care benefits, like regular checkups and reproductive services, that all insurance plans would be required to offer.

Shorter shrift was given to catastrophic services; insurers could meet the requirements by offering skinny plans that covered a lot of front-end, primary care but skimped on services when it came time to treat more serious conditions like cancer — again like Obamacare. By requiring a highly prescribed standard set of benefits, the 1993 plan also created both a floor and ceiling on the coverage that health plans would offer.

Hillarycare would have created commodity health plans, with little variation or choice between benefits, drug formularies, or doctor networks. The Hillarycare plans would have largely competed on the price of premiums and cost sharing. This is the same market doctrine that’s taken shape under Obamacare.

The insurance plans sold in the Obamacare exchanges are all the same basic, cookie-cutter benefit package, with similar networks of doctors, covered services, and restrictive, closed drug formularies. For the most part, the only thing that varies among a typical insurance company’s choice of differently plated plans — their bronze, silver, gold, and platinum offerings — is the cost-sharing structure. As people pay more money to buy a pricier metaled plan, moving from bronze to platinum, they are increasing their premiums to lower their subsequent cost-sharing. In effect, they are buying down their out-of-pocket costs.

These same economic constraints also formed the basis of “competition” in the 1993 alliances, where architects envisioned that competition would similarly turn on premiums, rather than a combination of premiums, cost-sharing, and benefit design. The Hillarycare benefit, like the arrangement under Obamacare, was benchmarked to the arrangements found in lower-end commercial HMOs that were already on the market.