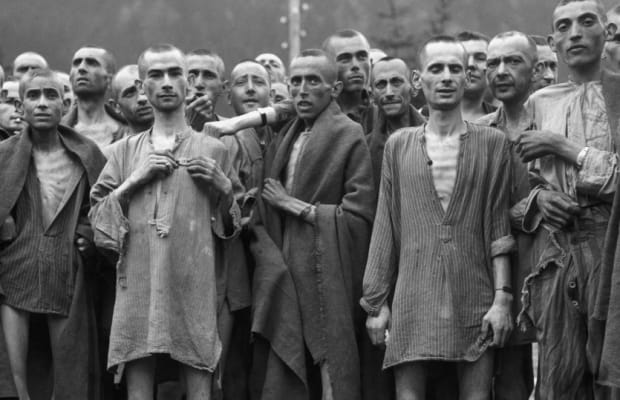 Was the Holocaust the result of a long-range plan?

Was the Holocaust the result of a long-range plan?

The word “Holocaust,” from the Greek words “holos” (whole) and “kaustos” (burned), was historically used to describe a sacrificial offering burned on an altar. Since 1945, the word has taken on a new and horrible meaning: the ideological and systematic state-sponsored persecution and mass murder of millions of European Jews (as well as millions of others, including Romani people, the intellectually disabled, dissidents and homosexuals) by the German Nazi regime between 1933 and 1945.

To the anti-Semitic Nazi leader Adolf Hitler, Jews were an inferior race, an alien threat to German racial purity and community. After years of Nazi rule in Germany, during which Jews were consistently persecuted, Hitler’s “final solution”—now known as the Holocaust—came to fruition under the cover of World War II, with mass killing centers constructed in the concentration camps of occupied Poland. Approximately six million Jews and some 5 million others, targeted for racial, political, ideological and behavioral reasons, died in the Holocaust. More than one million of those who perished were children.

Before the Holocaust: Historical Anti-Semitism & Hitler’s Rise to Power

Anti-Semitism in Europe did not begin with Adolf Hitler. Though use of the term itself dates only to the 1870s, there is evidence of hostility toward Jews long before the Holocaust–even as far back as the ancient world, when Roman authorities destroyed the Jewish temple in Jerusalem and forced Jews to leave Palestine. The Enlightenment, during the 17th and 18th centuries, emphasized religious toleration, and in the 19th century Napoleon and other European rulers enacted legislation that ended long-standing restrictions on Jews. Anti-Semitic feeling endured, however, in many cases taking on a racial character rather than a religious one.

Did you know? Even in the early 21st century, the legacy of the Holocaust endures. Swiss government and banking institutions have in recent years acknowledged their complicity with the Nazis and established funds to aid Holocaust survivors and other victims of human rights abuses, genocide or other catastrophes.

The roots of Hitler’s particularly virulent brand of anti-Semitism are unclear. Born in Austria in 1889, he served in the German army during World War I. Like many anti-Semites in Germany, he blamed the Jews for the country’s defeat in 1918. Soon after the war ended, Hitler joined the National German Workers’ Party, which became the National Socialist German Workers’ Party (NSDAP), known to English speakers as the Nazis. While imprisoned for treason for his role in the Beer Hall Putsch of 1923, Hitler wrote the memoir and propaganda tract “Mein Kampf”(My Struggle), in which he predicted a general European war that would result in “the extermination of the Jewish race in Germany.”

Hitler was obsessed with the idea of the superiority of the “pure” German race, which he called “Aryan,” and with the need for “Lebensraum,” or living space, for that race to expand. In the decade after he was released from prison, Hitler took advantage of the weakness of his rivals to enhance his party’s status and rise from obscurity to power. On January 30, 1933, he was named chancellor of Germany. After President Paul von Hindenburg’s death in 1934, Hitler anointed himself as “Fuhrer,” becoming Germany’s supreme ruler.