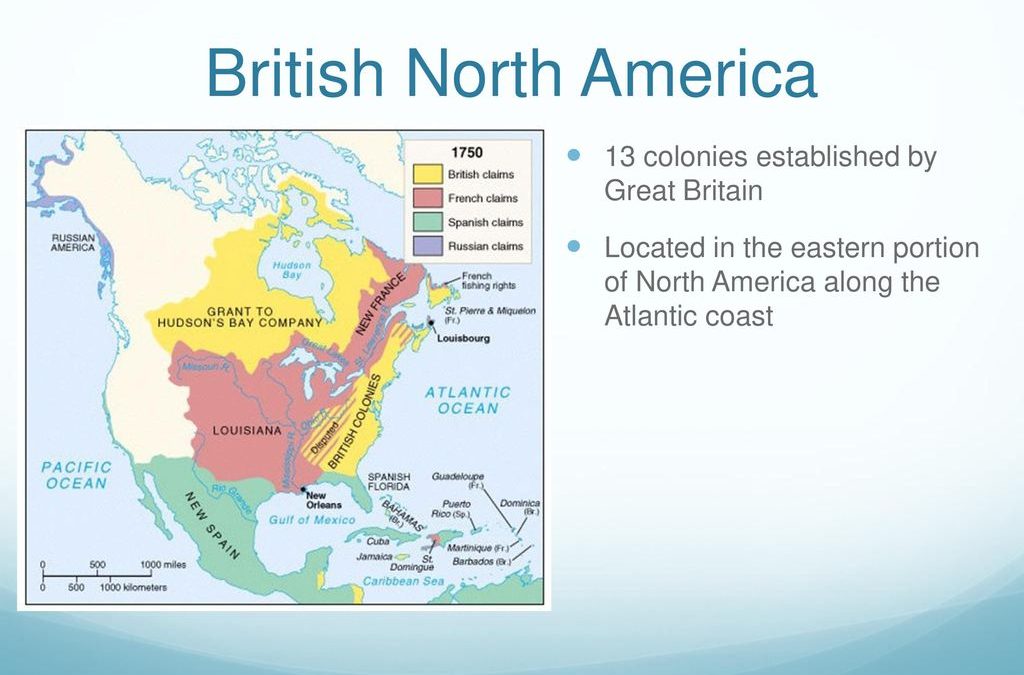 Located in the eastern portion of North America along the Atlantic coast.

In 1860, British North America was made up of scattered colonies (Canada, New Brunswick, Nova Scotia, Prince Edward Island, Newfoundland, Vancouver Island, and British Columbia. Vancouver Island and BC merged in 1866.) The colonies were geographically, politically, and economically separate from each other although all were intricately tied to Britain.

In the east, Newfoundland sat in isolation, and the separate colonies of Nova Scotia, New Brunswick, and Prince Edward Island had little to do with one another.

In the center, was the large, bickering United Province of Canada – composed of the French-Catholic dominated Lower Canada and English-Protestant Upper Canada. (officially called Canada East and Canada West although the named Lower and Upper Canada persisted).

The Hudson’s Bay Company still loosely held much of the northwestern territory of the continent. The prairies were a vast area already covered by the United States and sparsely inhabited by natives, Métis, and fur traders. British Columbia, cut off by the Rocky Mountains, was in the throes of the gold rush, which was bringing Americans up by the thousands. The territory had become a British colony in 1858.

The colonies each had a separate government with locally elected representatives, although all were still subject to the overriding political authority of Britain. By the 1860s, Britain was growing tired of maintaining its colonies. The costs, especially of defending British North America, were burdens that a growing number of British politicians could do without.

In 1862, one member of parliament expressed the views held by others in London, “I want the Canadians clearly to understand that England would not be sorry to see them depart from her tomorrow.”

British North America was also facing pressure from another side. To the south, the outbreak of the American Civil War posed a threat to the safety of the colonies. Some colonial politicians felt the only way to avoid being absorbed by the United States was to unite.