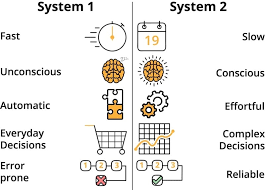 This assignment allows you to research and reflect on the role of programming in understanding patterns of human behavior. There are many tools in the Python programming language that make processing large volumes of data easier so that patterns can be detected to make better business decisions.

Instructions: Research the following and write a 2- to 3-page double-spaced paper (not including the title and reference pages) addressing the following:

Discuss the role of languages like Python in the analysis of big data, such as, but not limited to, a grocery store database of purchases.

How can software determine patterns of human behavior from this data?

How does this information affect business decisions?

What tools are available in Python to analyze data? List at least three.

Select one specific tool and examine a hypothetical scenario where it would be used in analyzing data to determine a pattern.

Describe the hypothetical scenario where this tool could be used.

Address how this tool would help in analyzing data to determine patterns.

Viewpoint and purpose should be clearly established and sustained, and the paper should be well-ordered, logical, and unified, as well as original and insightful.

Assignment should follow the conventions of Standard English (correct spelling, grammar, and punctuation) and be in APA format with separate title and reference pages formatted per APA guidelines.

For more information on APA style formatting, go to Academic Writer, formerly APA Style Central, under the Academic Tools area of this course.