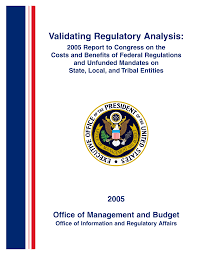 To what extent does the creation of the regulatory administrative agencies such as the IRS, FCC, FDA, EPA, OSHA, and the Federal Reserve Board challenge the idea of the President as a chief executive? What can be done to ensure the legitimacy of regulatory …

To what extent does the creation of the regulatory administrative agencies

To what extent does the creation of the regulatory administrative agencies such as the IRS, FCC, FDA, EPA, OSHA, and the Federal Reserve Board challenge the idea of the President as a chief executive? What can be done to ensure the legitimacy of regulatory …

American administrative law, according to Philip Hamburger, is not law at all, but rather an elaborate evasion of law—of our foundation law, the Constitution, which specifies that laws are to be written by Congress and which intended thereby to prevent lawmaking by executive prerogative ( Hamburger 2014 ).

But administrative law is nonetheless positive law, with highly developed procedures, precedents, doctrines, and institutions for crafting and enforcing its commands. Indeed it has come to operate as a sort of shadow constitution, channeling the actions of Article I legislators, Article II executives, and Article III judges and calibrating the balance of power among the three branches. And it is a central field of federal law and policy that powerfully affects the actions and expectations of millions of individuals, business firms, and organizations.

This article is written in a reformist spirit. It takes the view that administrative law has become problematic not just as a constitutional matter but also as a practical matter—that it is seriously imposing on private rights and freedoms and impeding the vitality of our government, economy, and society.

The article does not, however, promulgate a program for reform. Rather, it aims to clarify the nature of administrative law and the causes of its growth at the expense of other forms of law and policy, and to apply that understanding to evaluating the strengths and shortcomings of reform ideas that are already on the table.

ADMINISTRATIVE LAW AND THE EMERGENCE OF RULEMAKING

Regulation and the Administrative Procedure Act

Agencies of the executive branch issue and enforce many kinds of rules under authority of statutes passed by Congress. Many concern the agencies’ own operations, such as rules governing civilian and military personnel, the procurement of goods and services, the management of parks and prisons, and the administration of border controls and immigration policies. Others set forth the terms of grants and other payments to state and local governments and to private entities.

The agencies operate programs for adjudicating disputes under these rules, from immigration applications to defense contracts to Social Security benefits, usually with rights of appeal to independent, Article III courts.

Another category is rules that impose obligations and confer benefits on business firms, organizations, and individuals in their private capacities, independently of any contractual, employment, or beneficiary relationship they may have with the government. It is rules of this sort that constitute the administrative law examined in this article—the domain customarily described as “government regulation.”

Regulation includes the writing of rules—“rulemaking,” our primary focus—and several related activities: the policing and enforcement of rules by the agencies that wrote them, by courts, and sometimes by private parties; agency adjudication of disputes under their rules and under statutory law; the granting of licenses and permits for regulated activities such as marketing pharmaceutical drugs and using the electromagnetic spectrum; and the issuance of agency “guidance documents” and “interpretative rules” that do not have the legal authority of formal rules but nevertheless affect the actions of private parties subject to the issuing agency’s authority.

In general: (i) the APA establishes procedures for agency decision-making and defines the discretion of agencies in making decisions and of courts in reviewing challenged decisions, (ii) the organic statutes establish policies and standards for agency decision-making, and, sometimes, procedures that supplant those of the APA for particular decisions under those statutes, and (iii) the courts, in deciding challenges to agency procedures and decisions, create precedents with lives of their own.

But the APA is the foundation stone of the administrative state. It set the terms for executive agencies to legitimately combine Article II management and law-enforcement functions with Article I legislative functions and Article III dispute-resolution functions, and it has governed the evolution of that combination for seventy years.

The APA resolved debates that had flared during the 1930s and been interrupted by World War II. The New Deal had established many new regulatory agencies such as the SEC (established in 1934), Federal Communications Commission (FCC, 1934), and Civil Aeronautics Board (CAB, 1938).

Beginning in 1937, the Supreme Court had relaxed or abandoned constitutional doctrines that previously restrained the scope of federal economic intervention, making it clear that New Deal activism was here to stay. But much of the action was in the agencies and was highly informal and extemporaneous.

What procedures should agencies follow in issuing and enforcing policies and deciding individual disputes? How much discretion should they possess, and how much “due process” should they afford regulated parties? To what extent should agency policies be public and their decisions subject to judicial review?

These questions produced several political and institutional divisions—between congressional leaders and the Roosevelt administration over legislative versus executive prerogatives, between lawyers (often represented by the American Bar Association) and the agencies over the need for trial-like procedures, and between advocates and opponents of greater federal regulation of the economy over questions of agency discretion and judicial review.

After the war, the APA resolved the questions essentially as follows:

The APA also countenanced intermediate procedures such as “informal adjudication” and “formal rulemaking”; and over the years many organic statutes would lay down program-specific hybrids of their own. But these are details for purposes of this article.

The great innovation was informal rulemaking, which was unrecognized at the time but came to dominate administrative law and propel the growth of the regulatory state. Here the agencies were free of the costs and constraints of adversarial hearings and findings of fact and could make law managerially , subject only to the requirements of public notice, consideration of submitted comments, and a statement of the rationale for final rules. The watershed was to come in the early 1970s.

The Rulemaking Revolution of the 1970s

When the APA was enacted in 1946 and for the next quarter century, federal regulation consisted mainly of the New Deal and Progressive inheritance of “economic regulation”—entry, price, and service controls in public utility and common carrier industries (transportation, communications, and power) and in banking and finance.

These programs proceeded almost entirely through case-by-case licensing and permitting and live evidentiary hearings and enforcement actions involving one or a few firms, as did the distinctive programs of the Federal Trade Commission (FTC, 1914), Food and Drug Administration (FDA, 1930), and National Labor Relations Board (NLRB, 1935).

In the agencies and courts, administrative law consisted mainly of interpreting and applying the adjudication provisions of the APA and the organic statutes. There is essentially no judicial case law on informal rulemaking before the late 1960s, when some agencies began to use rulemaking to settle generic issues that arose repeatedly in licensing and enforcement cases.

The EPA, National Highway Traffic Safety Administration (NHTSA), and Occupational Safety and Health Administration (OSHA) were all established in that year, the Consumer Product Safety Commission (CPSC) in 1972.

The Equal Employment Opportunity Commission (EEOC) and Office for Civil Rights (OCR, now a division of the Department of Education), established by the Civil Rights Act of 1964, became increasingly assertive in the 1970s—policing not only racial discrimination but also discrimination based on sex, age, and disability, and requiring “affirmative action” to promote the participation of blacks and other groups in the workplace and schools and universities, especially among federal grantees and contractors.

A variety of consumer finance programs were enacted in the 1970s also, including the Fair Credit Reporting Act of 1970 (FCRA) and the Employee Retirement Income Security Act of 1974 (ERISA). The Arab oil embargo of 1973 brought energy efficiency regulations for motor vehicles, consumer products, and household appliances, administered by NHTSA, EPA, and a new Department of Energy established in 1977.

The distinction did, however, capture a fundamental shift in the nature and purposes of federal regulation.

The established agencies mainly mediated self-contained commercial disputes of scant interest to most citizens; in contrast, the new ones were missionary and aspirational, pursuing open-ended objectives of strong interest to large and growing numbers of citizens.