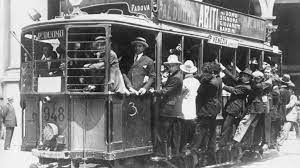 There is a train coming down the track and ahead

A) do nothing and five people will die

B) or pull the level and savr the five people, but that one person will die

Explain your argument based on any of the ethics

Would You Kill One Person to Save Five?

Philosophers love to conduct thought experiments. Often these involve rather bizarre situations, and critics wonder how relevant these thought experiments are to the real world. But the point of the experiments is to help us clarify our thinking by pushing it to the limits. The “trolley dilemma” is one of the most famous of these philosophical imaginings.

A version of this moral dilemma was first put forward in 1967 by the British moral philosopher Phillipa Foot, well-known as one of those responsible for reviving virtue ethics.

Here’s the basic dilemma: A tram is running down a track and is out control. If it continues on its course unchecked and undiverted, it will run over five people who have been tied to the tracks. You have the chance to divert it onto another track simply by pulling a lever. If you do this, though, the tram will kill a man who happens to be standing on this other track. What should you do?

For many utilitarians, the problem is a no-brainer. Our duty is to promote the greatest happiness of the greatest number. Five lives saved is better than one life saved. Therefore, the right thing to do is to pull the lever.

Utilitarianism is a form of consequentialism. It judges actions by their consequences. But there are many who think that we have to consider other aspects of action as well. In the case of the trolley dilemma, many are troubled by the fact that if they pull the lever they will be actively engaged in causing the death of an innocent person.

So-called “rule utilitarians” may well agree with this point of view. They hold that we should not judge every action by its consequences.

Instead, we should establish a set of moral rules to follow according to which rules will promote the greatest happiness of the greatest number in the long term. And then we should follow those rules, even if in specific cases doing so may not produce the best consequences.

But so-called “act utilitarians” judge each act by its consequences; so they will simply do the math and pull the lever.

Moreover, they will argue that there is no significant difference between causing a death by pulling the lever and not preventing a death by refusing to pull the lever. One is equally responsible for the consequences in either case.

Those who think that it would be right to divert the tram often appeal to what philosophers call the doctrine of double effect. Simply put, this doctrine states that it is morally acceptable to do something that causes a serious harm in the course of promoting some greater good if the harm in question is not an intended consequence of the action but is, rather, an unintended side-effect. The fact that the harm caused is predictable doesn’t matter.

What matters is whether or not the agent intends it.

The doctrine of double effect plays an important role in just war theory. It has often been used to justify certain military actions which cause “collateral damage.” An example of such an action would be the bombing of an ammunition dump that not only destroys the military target but also causes a number of civilian deaths.

Studies show that the majority of people today, at least in modern Western societies, say that they would pull the lever. However, they respond differently when the situation is tweaked.

The Fat Man on the Bridge Variation

The situation is the same as before: a runaway tram threatens to kill five people. A very heavy man is sitting on a wall on a bridge spanning the track. You can stop the train by pushing him off the bridge onto the track in front of the train.

He will die, but the five will be saved. (You can’t opt to jump in front of the tram yourself since you aren’t big enough to stop it.)

From a simple utilitarian point of view, the dilemma is the same — do you sacrifice one life to save five? — and the answer is the same: yes. Interestingly, however, many people who would pull the lever in the first scenario would not push the man in this second scenario.