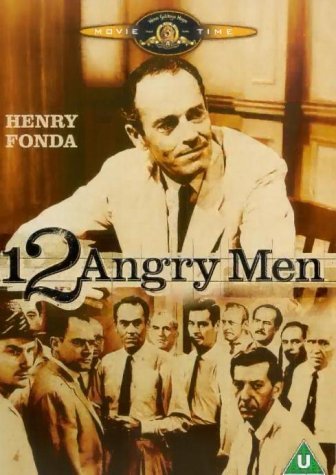 Do you agree or disagree on if the play highlights the jury system’s weakness(es) sufficiently? Support your position with 2 quotes from the text. Be sure to acknowledge opposing views/counterclaims. Give one example/quote from the text to rebuttal the counterclaim, and to support and clarify your position.

We enter a courthouse and see twelve men sitting in a jury box. The judge gives them instructions to reach a ruling on a trial for first-degree murder. The accused is an eighteen-year-old kid who’s been charged with murdering his dad, and all of the jurors seem pretty convinced that he did it. It barely takes them any time to vote for Guilty when they enter the jury room. But one holds out for a Not Guilty verdict. In the U.S., juries usually need to reach a unanimous vote in order to decide a case, so it looks like the jurors aren’t going anywhere until they can get Juror #8 (the naysayer) to play ball.

At first, Juror #8 says he just wants to talk for a while about the verdict. After all, they’re about to send an eighteen-year-old kid to the electric chair, and Juror #8 doesn’t want to do that without having a conversation first. He brings up certain details of the case that have been bothering him, but the other jurors want him to stop stalling so they can get on with the Guilty verdict. Finally, Juror #8 asks the foreman to take a second vote, which he (#8) will stay out of. If everyone votes for Guilty again, he’ll join them and end the whole thing.

But sure enough, one of the other jurors votes Not Guilty, and the conversation continues.

One of the biggest pieces of evidence against the young man on trial is the unique knife that was used to kill his father. A store owner reported selling this same type of knife to the kid earlier in the night. But Juror #8 proves that the knife isn’t unique at all when he pulls out an exact replica and slams it down into the jury table. The others are amazed, and Juror #8 gets a little more support for his Not Guilty verdict.

The longer the discussion goes on, the more we realize that certain jurors (like #3 and #10) are just really vindictive dudes who want to send the kid to the electric chair for petty, personal reasons. However, Juror #8 continues his assault on the evidence by proving that it was impossible for one of the witnesses (an old man) to have been in the place he was when he allegedly saw the defendant fleeing the murder scene. Suddenly (and by suddenly we mean after the long, arduous debate), there are just as many votes for Not Guilty as there are for Guilty.

One of the last pieces of evidence that stand in Juror #8’s way is a woman who testified to seeing the defendant kill his father from across the street. But one of the other jurors brings up the fact that the woman wore glasses and wouldn’t have had time to put them on before looking out her window. At this point, a few of the last remaining Guilty jurors give up and change their verdicts. One of the remaining ones (#10) goes on a rant about how they should kill the defendant because of his race, but the others quickly stop listening to him, and he caves on the “Not Guilty” verdict.

All of this leaves us with just one guy standing in the way of a Not Guilty verdict—the dreaded Juror #3. We know from earlier in the movie that this guy has it in for the defendant because he (#3) has issues with kids not respecting their fathers. He hasn’t seen his own son in over two years, and he feels the need to punish someone for what’s happened in his own life. And that someone is the kid on trial.

But after one last epic blowout, even this guy has to let go of his hate and find the kid Not Guilty. The foreman calls in the bailiff, and the men give their verdict.

After leaving the courthouse, Juror #8 runs into another one of the jurors, and they exchange their names. Then #8 walks off with a big smile on his face, feeling proud for having saved the life of an innocent young man.