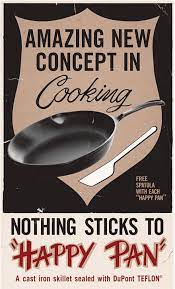 Topic: The effects of chemical pollution on minority groups in Parkersburg West Virginia. Thesis: The chemical conglomerate DuPont strategically used their power and influence to hide the suffrages of minority groups due to toxic pollution from Teflon production.

Topic: The effects of chemical pollution on minority groups in Parkersburg West Virginia.

Thesis: The chemical conglomerate DuPont strategically used their power and influence to hide the suffrages of minority groups due to toxic pollution from Teflon production.

Summary: In her scholarly article, Emily Tinger discusses the impacts of the DuPont Washington Works factory. Specifically she discusses the burden it had on women in Parkersburg, West Virginia. DuPont is a major conglomerate that manufactures different chemicals. The Washington Work factory was responsible for producing Teflon which is used in various products from nonstick pans to rain coats.

Teflon is made with perfluorooctanoic acid (PFOA) which appears to be incredibly toxic. DuPont was accused of dumping hundreds of thousands of tons of C8, a type of PFOA, into the local waterways of West Virginia. Tiger’s article voices the frustration from marginalized women in her community that DuPont knowly exposed them to the dangers of C8.

Credibility: The credibility of this source is high given it is a piece of work archived by a respected college. It is also notable that this article was published in West Virginia given the report assesses the impact on a community in the given state. Tinger also had personal ties to West Virginia.

“I have a personal connection to the state of West Virginia and its residents. I was born and raised in Parkersburg, West Virginia, the site of my research, where I had first-hand experience and insight into the communities facing water contamination from the DuPont Washington Works plant.”

Tinger was menteed by multiple academics with PHDs in geology to help compile her research. Tinger’s strong geological awareness helped her to examine samples of the groundwater in Parkersburg and surrounding areas. She was able to calculate how much of the dangerous C8 was being consumed by local women and attribute it to serious injustice in reproductive health.

Usefulness: This source is helpful for my research of environmental injustice in Parkersburg. The idea of gender based discrimination is thought provoking. I appreciated the infographic Tinger added regarding the quantity of companies that manufacture polymer based chemicals in West Virginia.

The map of the Ohio River was another helpful visual tool to understand how C8s were being discharged from Washington Works directly into the Ohio River.

Her explanation of how these toxins flowed into a cattle farm owned by Jim Tennant is useful because I intend to talk about the Tennant family in my own research. More specifically, I will discuss how this cattle farmer unraveled DuPont’s secrets about health risks related to PFOAs.

Bilott, Robert, and Tom Shroder. Exposure: Poisoned Water, Corporate Greed, and One Lawyer’s Twenty-Year Battle against Dupont. Atria Paperback, 2020.
Summary:
Exposure is Robert Billot’s autobiography of his twenty years working to prosecute DuPont for accounts of the alleged poisoning of Parkersburg, West Virginia. It all began when Billot received a phone call from a cow farmer who believed DuPont sickened his cows with hazardous waste from their Washington Works teflon plant upstream.

Billot’s grandmother lived in Parkersburg and  he was anxious to find out the truth. When others in the community heard about the theories of potential dangers from water contamination many came forward. Blood samples from thousands of Parkersberg residents were taken to identify possible contamination.

Years later conclusive evidence was found that byproducts from teflon manufacturing caused at least six types of cancer and other serious health issues.

Credibility:
This source is very credible because it is a primary account of what Billots journey in finding answers for over 3500 plaintiffs. Before taking on the DuPont case Billott worked as a lawyer working for chemical companies. His has won veu awards including lawyer of the year for environmental litigation in 2020.

Usefulness:
The source was very useful because it helped me understand how DuPonts actions were having a direct impact on the people of Parkerberg. Billots understanding of the corporate world helped him to realize how DuPont was taking advantage of this community through corporate greed. He recognized that the contamination of waterways with PFOAs needed to stop.

“People were getting sick. It seemed, at least to me when I started looking at the information, looking at the documents, that this was pretty obvious, what was going on, and if other people could see what we were seeing, they would agree: this is obvious and it needs to stop.”

Rich, Nathaniel. “The Lawyer Who Became Dupont’s Worst Nightmare.” The New York Times, New York, 6 Jan. 2016
Summary: Robert Bilott’s career was entirely changed when he took on the case of a cow farmer, Jim Tennant, who lived in the outskirts of Parkersburg. Tennant said he cows were dying left and right. He had a suspicion that it was due to possible pollutants in the water river from DuPont’s factory directly upstream. He remembered seeing a bubbling liquid coming out of a pipe with the DuPont name on it.

“Tennant had tried to seek help locally, he said, but DuPont just about owned the entire town. He had been spurned not only by Parkersburg’s lawyers but also by its politicians, journalists, doctors and veterinarians.” However, when Bilott became involved he began to uncover the dark secrets of environmental destruction DuPont was hiding.

Credibility: This New York Times article is considered a credible secondary source that synthesizes how a lawsuit filed by cattle farmer Jim Tennant exposed DuPont’s dumping of PFOAs. In class, we discussed the differences between primary and secondary research. I am utilizing both types of sources in my annotations. The author of this source, Nathaniel Rich, is an accredited environmental writer.

His work was incredibly influential in spreading the message about the ecological burdens residents in Parkersburg faced. It sparked  Hollywood’s attention to create the 2019 drama Dark Waters.

Usefulness: The New York Times is very useful to my research because it is easy to digest and understand. This writing style is concise and allows for me to process a lot of information very quickly. It is also one of the most well known pieces of journalism about my site of environmental injustice. This differs from the primary research from Tinger because her work is primary.