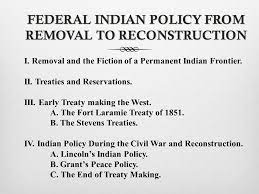 Imagine you are writing this for a student interested in the field who has not read the text.

Remember what we discussed in class regarding historical essays, one of the keys is organization.  Make sure you have a clear thesis that you support with supporting examples from the sources.  Make sure you state your position (argument/thesis) clearly at the beginning of your essay.

Watch your grammar and spelling; make sure to edit your work carefully.  If you have any questions, please do not hesitate to contact me.

Please note:  For this assignment, you will need to use President Andrew Jackson’s State of the Union Address, December 6, 1830.  OR Here. You will also need to find TWO more appropriate sources relating to Cherokee removal.

We have been recently discussing the early stages of U.S. Federal Indian policy.  I described that policy as a pendulum oscillating between dual tendencies.  Which of these tendencies to you think Andrew Jackson’s State of the Union address supports?  What was the Cherokee position regarding the proposed removal?

Instructions for this week’s submission:

Make sure you weigh your two chosen sources carefully.  What is the context in which the source emerged?  Who authored or created the source?  What was their perspective?  What was their interest in Cherokee removal?  Were they credible sources?  Did they have a stake in the outcome?

An understanding of current American Indian issues requires a basic familiarity with federal Indian policy. This fact sheet provides a brief overview of these policies spanning two centuries. The policies are presented as policy “eras” in chronological order.

The Trade and Intercourse Act of 1790 initiated this policy era. This law required the federal government to authorize all sales of Indian lands and granted the government managerial power over all trade and commerce involving Indians (Johansen, 2005).

Based upon the Doctrine of Discovery, the primary goal of early federal Indian policy was to engage in diplomatic relations with Indians while controlling trade and commerce and restricting the sale of tribal land sales to the federal government exclusively. In this context, Indian peoples were not regarded as landowners but simply occupants of lands discovered.

Once Indian nations relinquished their title to lands through occupancy or use, they granted pre-emptive power to the U.S. government. Between 1774 and 1855, this sociopolitical paradigm fueled expansion from America’s original 13 colonies to eventually extend to the Pacific Northwest.

The expedition of explorers Lewis and Clark, in the early 1800s, culminated the advance of the American empire from the Atlantic to the Pacific Oceans (Johansen, 2005).

The Doctrine of Discovery, rooted in ancient European law, rationalized that the first European country to discover new lands was granted sole power over all lands explored and all resources found within these lands (Miller, 2006). In later policies, legislators referred to this philosophy towards indigenous Americans as Manifest Destiny (Venables, 2004a).

Following the American Revolution, increases in the emigrant population increased the demand for land resources. Treaties forged during this period recognized only limited tribal sovereignty.

The federal government recognized the rights of tribes only to use and occupy land. Increasing land disputes between Indians and settlers resulted in the Indian Removal Act.

The Indian Removal Act provided President Jackson with federal funds necessary to set aside lands west of the Mississippi River in exchange for Indian occupied lands in the eastern U.S. (Thornton, 1987).

President Andrew Jackson conceived of and promoted the concept of an Indian reservation as an area of land reserved or set aside for Indian use but which remained under federal trust. Federal policymakers who supported Jefferson viewed Indian removal as necessary to resolve land disputes, accommodate national development and continue expansion (Blackhawk, 2006).

Indian tribes in the eastern U.S. were pressured to sign the land exchange treaties. Those tribes who did not voluntarily sign were no longer provided physical protection or funding by the federal government.

Approximately 25 to 30 percent of those removed died during the march or shortly after reaching the Oklahoma territory from disease, starvation and exposure (Johansen, 2005).