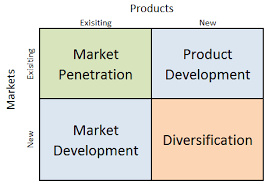 Tesla is a producer of electric cars, solar panels, and storage batteries. In a report using the BCG Matrix analyze Tesla’s different product lines and describe where it should focus its resources.

Tesla is a producer of electric cars

Tesla is a producer of electric cars, solar panels, and storage batteries. In a report using the BCG Matrix analyze Tesla’s different product lines and describe where it should focus its resources.

Tesla is an American company founded in 2003. The company mainly manufactures electric vehicles. Despite the health crisis, the group’s turnover has not been impacted. Quite the contrary, it has actually increased by 5.9% compared to 2019. Turnover currently stands at 31.5 billion dollars or approximately 26 billion euros. The company has recorded a net profit for the fifth consecutive year, and it was the world leader in the electric car market in 2020.

The group’s revenues have also increased by 39%, compared to the previous year, as well as the liquidities that increased to $14.5 billion, giving the company additional strength. In 2019, the brand delivered 367,500 cars worldwide. Tesla has secured more than 72,000 jobs, with an assured presence globally.

Explanations of the matrix

This matrix makes it possible to highlight each area of strategic activity of the company according to these two axes.

The star products or services, as well as the cash cows are considered leaders, while the other two boxes are more like followers.

In the case of Tesla, the star products are the constant innovations in terms of electric vehicles as well as the production of cleaner energy. Tesla is indeed a leader in the sustainability industry, and all of its products and services are focused on a healthier environment. The 3 series is the latest vehicle that has been released and has proven to be the most popular with consumers.
Featured – stars products represent a growing market.

Cash cows are the products that continue to be profitable even in a low growth market. This is the case for all other vehicle models, which require little investment.
The Powerwall also falls into this category. This battery can be used domestic settings.

The dilemmas faced by the company include miscellaneous accessories, energy storage and solar power. Competition in these markets is very high, so it is difficult to differentiate yourself over the long term. Ecology remains a niche market in today’s world that interests more and more players. These services require larger investments to be profitable.

If there is no deadweight, strictly speaking in the case of Tesla, it is, nevertheless, possible to highlight the manufacturing complication of certain models which can largely compromise consumer orders, especially since the competition is becoming increasingly fierce.