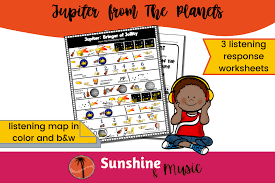 Stormy Monday Blues_create a listening map. You can orient yourself using time (seconds/minutes) rather than measures, if that is easier. Then chart the form and include the musical elements you hear

1. Listen to T-Bone Walker’s “Stormy Monday Blues” and create a listening map. You can orient yourself using time (seconds/minutes) rather than measures, if that is easier. Then chart the form and include the musical elements you hear – when solos come in, when the ensemble plays together, what instruments are featured at different times?

2. Compare the form of “Stormy Monday Blues and “Cross Road Blues.” (One verse of each will suffice).

Recent revisionist studies have argued that much of what is known about music
known as the blues’ has been ‘invented’ by the writing of enthusiasts far removed from
the African American culture that created the music.

Elijah Wald and Marybeth Hamilton in particular have attempted to sift through the clouds of romanticism, and tried to unveil
more empirical histories that were previously obscured by the fallacious genre
distinctions conjured up during the 1960s blues revival.

While this revisionist scholarship has shed light on some previously ignored historical facts, writers have tended to
concentrate on the romanticism of blues writing strictly from an American perspective, failing to acknowledge the genesis and influence of transatlantic scholarship, and therefore ignoring the work of the most prolific and influential blues scholar of the
twentieth century, British writer Paul Oliver.

By examining the core of Oliver’s research and writing during the 1950s and 1960s, this study aims to place Oliver in his rightful
place at the centre of blues historiography. His scholarship allows a more detailed appreciation of the manner in which the blues was studied, through lyrics, recordings, oral histories, photography and African American literature.

These historical sources
were interpreted in accordance with the author’s attitudes to the commercial popular
music, which allowed the ‘reconstruction’ of an African American ‘folk’ culture in which
the blues became the antithesis of pop. Importantly, this study seeks to transcend
dominant discourses of national cultural ownership or ethnocentrism, and demonstrate
that representations of African American music and culture were constructed within a
transatlantic context.

The blues is music with roots in the African American experience within the United States; however, as Paul Oliver’s writing shows, its reception and representation were not limited by the same national, cultural or racial boundaries.

First and foremost I would like to thank my doctoral supervisor Prof. Neil Wynn
for his role in my development as a researcher and a budding historian.

His words of wisdom and interest in the subject have contributed a great deal to the final thesis. I
would also like to thank the staff in the History department at University of Gloucestershire, who have always been very supportive of this project, and have helped in obtaining further funding for the research.

My sincerest thanks also go to my second supervisor Joe Wilson; Lorna Scott at the Archives at the University of Gloucestershire;
Michael Roach at the European Blues Association in Gloucester; Tom McGuiness and Bob Groom for agreeing to be interviewed and providing some fascinating background information; the editors at Popular Music; for their funding and support: the Eccles
Centre at the British Library, the British Association of American Studies, the Royal

Historical Society; Helen Kirby at Devon Transcription for her speedy services and
infinite patience; and Prof. Brian Ward for his support at academic conferences where
parts of this study were presented. My last acknowledgement is to Paul Oliver himself,
who opened up his home and gave a lot of his time to the interviews for this study. I hope
that the study will contribute to his reputation as a leading authority on African American
music.