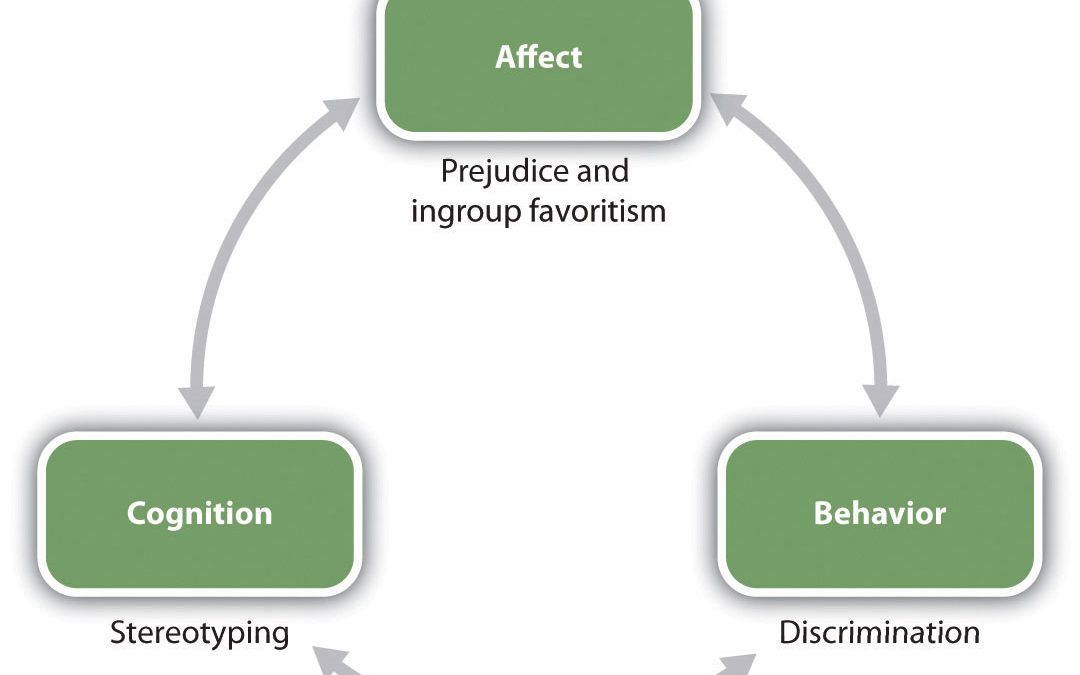 Use scholarly and credible sources to differentiate the three concepts.
Find and describe 2 examples of scholarly research on the concepts and the results of the research.
Besides what was discussed in the research articles, give an example of how the results can be seen in everyday life.
Find and describe an example in popular media of each of the concepts: stereotypes, prejudice and discrimination

Choose 2 examples from this list below and discuss the origin of these phrases. How do these phrases perpetuate stereotypes currently in our society?

You ____ (insert answer) like a girl.
You gipped me.
You’re a Polack.
Man Up
Indian Giver
Barbarian
Chinese fire drill
Going “dutch” on a date
No comments from the peanut gallery
Excuse my French

As seen with the examples above, stereotypes are embedded in our society in a way that makes it normal. Identify and discuss at least 2 different examples not listed above.
Looking at social movements relative to marginalized groups (Suffrage, Civil Rights, LGBTQIA+ rights, BLM, etc.), find 2+ scholarly/credible sources and discuss how stereotypes, prejudice and discrimination are perpetuated by and/or perpetuate the continued marginalization of a group. For example, some of the stereotypes of women during the Suffrage Movement were that Suffragists were masculine or gender inappropriate. Those stereotypes both led to resistance to voting rights for women and were used to scare other people from joining the movement. There was both prejudice and discrimination against women during that time.

Follow APA guidelines to format your response
Support factual information and assertions with credible and/or scholarly sources.
Use in-text citations and include a references page – APA format

A stereotype is a specific belief or assumption (thoughts) about individuals based solely on their membership in a group, regardless of their individual characteristics. Stereotypes can be positive or negative and when overgeneralized are applied to all members of a group. For example, the model minority stereotype of Asian Americans as highly intelligent, diligent and good at math can be damaging professionally, academically (Trytten et al., 2012). These beliefs are overgeneralized to all members of the group, even though many of the individual group members may in fact be struggle academically and professionally.

Another example of a well-known stereotype involves beliefs about racial differences among athletes. As Hodge, Burden, Robinson, and Bennett (2008) point out, black male athletes are often believed to be more athletic, yet less intelligent, than their white male counterparts. These beliefs persist despite a number of high profile examples to the contrary. Sadly, such beliefs often influence how these athletes are treated by others and how they view themselves and their own capabilities. Stereotypes are universal. Whether or not you agree with a stereotype the content of stereotypes is generally well-known within in a given culture (Devine, 1989).

Prejudice is a negative attitude and feeling toward an individual based solely on one’s membership in a particular social group (Allport, 1954; Brown, 2010). Prejudice is common against people who are members of an unfamiliar cultural group. An example of prejudice is having a negative attitude toward people who are not born in the United States. Although people holding this prejudiced attitude do not know all people who were not born in the United States, they dislike them due to their status as foreigners.

Explicit prejudice, negative feelings about an out-group that are openly admitted, is very difficult to measure because this is generally not socially acceptable. This means that tests and instruments measuring prejudice may be susceptible to socially desirable responding (Chapter 2). To address this research bias, psychologists have developed several ways to measure implicit prejudice, which is the relatively automatic and unconscious in-group preference. The most famous instrument used is the Implicit Association Test (IAT;Greenwald, Banaji, Rudman, Farnham, Nosek, & Mellott, 2002; Greenwald, McGhee, & Schwartz, 1998).

The IAT is done on the computer and measures how quickly you can sort words or pictures into different categories. People may explicitly deny prejudice but when they’re given this computer task to categorize people from these out-groups that automatic or unconscious hesitation (a result of having mixed evaluations about the out-group) will show up in the test. Numerous studies have revealed, people tend to be faster at pairing their own group with good categories as compared to pairing others’ groups.

In fact, this finding generally holds regardless if one’s group is measured according race, age, religion, nationality, and even temporary, insignificant memberships. Automatic associations and unconscious responses are often driven by society’s stereotypes and can result in discrimination like allocating fewer resources to disliked out-groups (Rudman & Ashmore, 2009).

When someone acts on prejudiced attitudes toward a group of people this is known as discrimination. Discrimination is negative action toward an individual as a result of one’s membership in a particular group (Allport, 1954; Dovidio & Gaertner, 2004). As a result of holding negative beliefs (stereotypes) and negative attitudes (prejudice) about a particular group, people often treat the target of prejudice poorly. Discrimination can extend to institutions or social and political systems.

Institutional discrimination refers to practices (at the social level) which serve to reinforce social norms for preference, privilege and limited access to services and resources. In the United States, African Americans have lower life expectancy, experience higher risk for a cardiac events and higher rates of anxiety and depression than others racial and ethnic groups in the United States (Williams, 1999; Williams & Mohammed, 2009).

Native American populations experience higher rates of injury than other ethnic and racial groups (Williams, 1999). These disparities are not simply the result of lifestyle choices but represent systemic practices in healthcare that treat racial and ethnic minorities differently, as well as the effect of chronic prejudice and racism (Gee & Ford, 2011; Williams, 1999; Williams & Mohammed, 2009).

Suicide rates among lesbians and gays are substantially higher than rates for the general population, and it has been argued that this in part due to the negative outcomes of prejudice, including negative attitudes and social isolation (Halpert, 2002). Stigmatized individuals who report experiencing more exposure to discrimination or other forms of unfair treatment also report more depression, anger, and anxiety and lower levels of life satisfaction and happiness (Swim, Hyers, Cohen, & Ferguson, 2001). Exposure to chronic and persistent discrimination is harmful to our health.