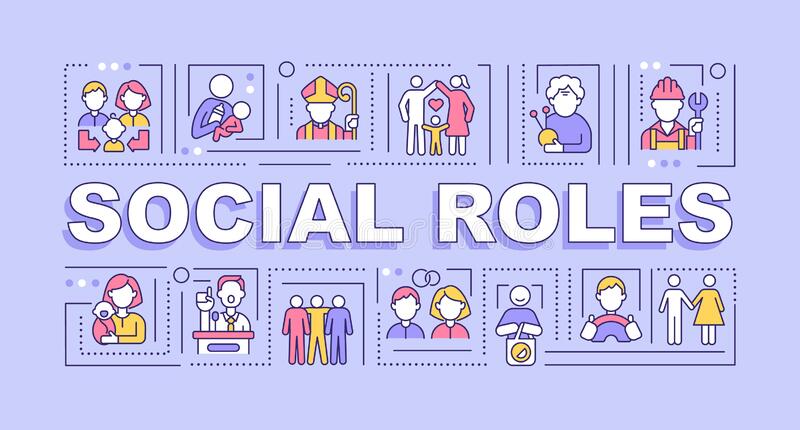 Social Roles and Social Categorization
Purpose: The purpose of this assignment is to explore social roles, social categorization, and how they apply to social psychology.

Using your textbooks and other credible/scholarly sources, define the following concepts:

Follow APA guidelines to format your response
Support factual information and assertions with credible and/or scholarly sources.
Use in-text citations and include a references page – APA format

Thinking about others in terms of their group memberships is known as social categorization—the natural cognitive process by which we place individuals into social groups. Social categorization occurs when we think of someone as a man (versus a woman), an old person (versus a young person), a Black person (versus an Asian or White person), and so on (Allport, 1954/1979).  Just as we categorize objects into different types, so do we categorize people according to their social group memberships. Once we do so, we begin to respond to those people more as members of a social group than as individuals.

Imagine for a moment that two college students, Farhad and Sarah, are talking at a table in the student union at your college or university. At this point, we would probably not consider them to be acting as group members, but rather as two individuals. Farhad is expressing his opinions, and Sarah is expressing hers. Imagine, however, that as the conversation continues, Sarah brings up an assignment that she is completing for her women’s studies class. It turns out that Farhad does not think there should be a women’s studies program at the college, and he tells Sarah so. He argues that if there is a women’s studies program, then there should be a men’s studies program too. Furthermore, he argues that women are getting too many breaks in job hiring and that qualified men are the targets of discrimination. Sarah feels quite the contrary—arguing that women have been the targets of sexism for many, many years and even now do not have the same access to high-paying jobs that men do.

You can see that an interaction that began at individual level, as two individuals conversing, has now turned to the group level, in which Farhad has begun to consider himself as a man, and Sarah has begun to consider herself as a woman. In short, Sarah is now arguing her points not so much for herself as she is as a representative of one of her ingroups—namely, women—and Farhad is acting as a representative of one of his ingroups—namely, men. Sarah feels that her positions are correct, and she believes they are true not only for her but for women in general. And the same is true of Farhad. You can see that these social categorizations may create some potential for misperception, and perhaps even hostility. And Farhad and Sarah may even change their opinions about each other, forgetting that they really like each other as individuals, because they are now responding more as group members with opposing views.

Imagine now that while Farhad and Sarah are still talking, some students from another college, each wearing the hats and jackets of that school, show up in the student union. The presence of these outsiders might change the direction of social categorization entirely, leading both Farhad and Sarah to think of themselves as students at their own college. And this social categorization might lead them to become more aware of the positive characteristics of their college (the excellent rugby team, lovely campus, and intelligent students) in comparison with the characteristics of the other school. Now, rather than perceiving themselves as members of two different groups (men versus women), Farhad and Sarah might suddenly perceive themselves as members of the same social category (students at their college).

Perhaps this example will help you see the flexibility of social categorization. We sometimes think of our relationships with others at the individual level and sometimes at the group level. And which groups we use in social categorization can change over time and in different situations. You are more likely to categorize yourself as a member of your college or university when your rugby or football team has just won a really important game, or at your graduation ceremony, than you would on a normal evening out with your family. In these cases, your membership as a university student is simply more salient and important than it is every day, and you are more likely to categorize yourself accordingly.