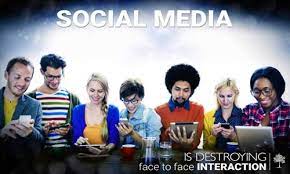 Question of the Week: Is social media destroying communication skills?

Your personal answer completely depends on how you view the phrase “communication skills.” To me, the phrase fully connects itself to the simple ability to relay what you want to say in an effective manner, so that another person understands what you’re trying to get across.

This is due to the fact that, even if one has lost a bit of their written grammar, a person is still able to understand what you write and what you are trying to say.

Many people may agree with this, but point out the fact that texting is taking the place of phone calls (which, in turn, is destroying communication skills), but again, it all depends on your opinion of social skills and also social media. To me, texting is not social media and it aides in communication.

I believe social media actually promotes communication and is barely destroying anything. Then again, that is just my opinion.

The art of communication is a complex one. Since the first humans began formulating languages millions of years ago, it has been changing and developing in ways that people may have never expected.

Social media is not destroying how people interact with each other, it is just changing it. Many people, especially those who have not grown up after the advent of smartphones and social media, believe that online communication has caused kids and young adults to be unable to talk to each other and become less social.

The idea that kids are unable to be social and talk to others effectively is contradictory to what social media actually intends to do. Thanks to online sites such as Tumblr and Twitter, kids of the modern era are more social than ever and are learning to communicate in new and exciting ways.

These sites have given not only children, but all people, the ability to connect with anyone around the world. This ease of access to new ideas and exciting cultures only facilitates communication and brings our global community together, an exhilarating opportunity that is unique to the time we live in.

Just because the way people are communicating changes doesn’t mean they are any less proficient in that communication. Critics argue that the quality of this interaction is significantly less, but that’s frankly untrue. What is the difference between having a forced conversation at the dinner table and having a seemingly meaningless conversation via text message; at least the latter is genuine.

It seems that often times people who do not understand new forms of communication blame their inability to connect with the younger generation on that new way of interacting rather than on their lack of communication skills. Social media is not damaging communication.

Online and instant communication is still uncharted territory, and while it may pose many questions on how we experience and interact with our world, it is only making the world a smaller place while simultaneously expanding it.

The real problem communication faces today is the danger that comes with the unwillingness of many to embrace new ideas and ways of interacting with each other.

In our technologically dependent world today, people are constantly buried in their social media, oblivious to the real world. This phenomenon results in the hindrance of most individuals’ communication skills. Social media is inhibiting our young population’s ability to communicate. 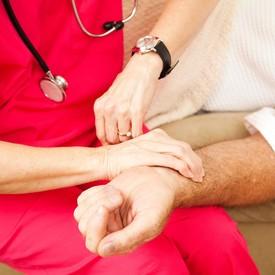 A large factor of social media that cannot be ignored is cyberbullying. The many forms of social media that surround us today open the door for vicious attacks on individuals without direct contact. Because young people can now antagonize others without facing them in person, the verbal bullying in our society has increased drastically, all while the attacker sits behind a phone or laptop, never facing consequences.

Social media is also hurting our communication skills as it is inhibiting the ability of today’s youth to communicate face to face. Most young people today don’t know how to talk to someone unless they’re limited to 144 characters or less. Interviews are a nightmare for many young people because they haven’t been exposed to real conversations with other people.

Because of Facebook, Twitter, Snapchat and many other forms of crippling social media, the young citizens of America are going to be blindsided when they are thrown into the real world upon completion of school. I don’t see any reasonable simple solution to this problem, as our world has unfortunately been consumed by an addiction to social media.

Facebook, Twitter and Snapchat are all prevailing in today’s society. These websites are useful in providing information about friends and family, local and international news, having place to store your picture memories and so much more. As entertaining as these may be, there is a downfall of using too much social media.

Ever since smartphones and tablets took off, so has social media. One in every four adolescents admit being “cell-mostly” internet users according to Pewinternet.org. With all of that internet usage, we can only imagine how much of it is going toward social media.