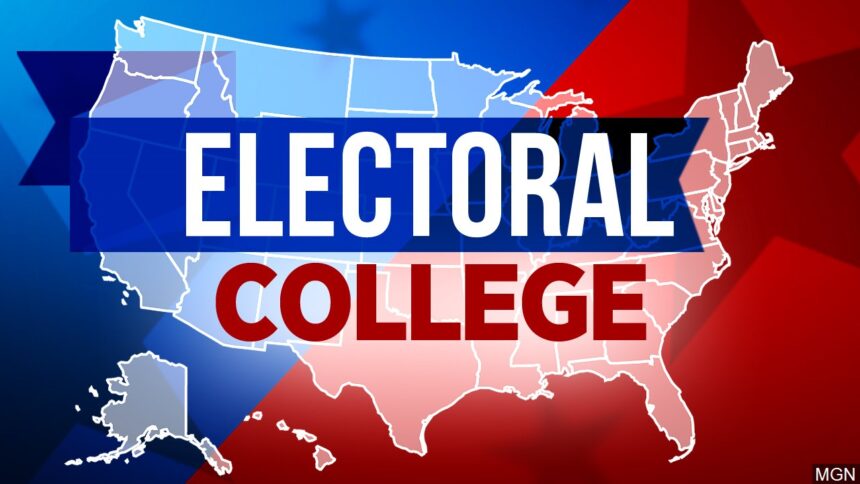 Should the United States Use the Electoral College in Presidential Elections?

The Electoral College ensures that that all parts of the country are involved in selecting the President of the United States.

If the election depended solely on the popular vote, then candidates could limit campaigning to heavily-populated areas or specific regions. To win the election, presidential candidates need electoral votes from multiple regions and therefore they build campaign platforms with a national focus, meaning that the winner will actually be serving the needs of the entire country.

Without the electoral college, groups such as Iowa farmers and Ohio factory workers would be ignored in favor of pandering to metropolitan areas with higher population densities, leaving rural areas and small towns marginalized. [11] [12] [13]

Tina Mulally, South Dakota Representative, stated that the Electoral College protects small state and minority interests and that a national popular vote would be ““like two wolves and a sheep deciding what’s for dinner.” Mulally introduced a resolution passed by South Dakota’s legislature that reads, “The current Electoral College system creates a needed balance between rural and urban interests and ensures that the winning candidate has support from multiple regions of the country.” [32]

The Electoral College was created to protect the voices of the minority from being overwhelmed by the will of the majority.

The Founding Fathers wanted to balance the will of the populace against the risk of “tyranny of the majority,” in which the voices of the masses can drown out minority interests. [10]

Using electors instead of the popular vote was intended to safeguard the presidential election against uninformed or uneducated voters by putting the final decision in the hands of electors who were most likely to possess the information necessary to make the best decision in a time when news was not widely disseminated. [7] [8] [9]

The Electoral College was also intended to prevent states with larger populations from having undue influence, and to compromise between electing the president by popular vote and letting Congress choose the president. [7] [8] [9]

According to Alexander Hamilton, the Electoral College is if “not perfect, it is at least excellent,” because it ensured “that the office of President will never fall to the lot of any man who is not in an eminent degree endowed with the requisite qualifications.” [7]

The Electoral College gives too much power to swing states and allows the presidential election to be decided by a handful of states.

The two main political parties can count on winning the electoral votes in certain states, such as California for the Democratic Party and Indiana for the Republican Party, without worrying about the actual popular vote totals. Because of the Electoral College, presidential candidates only need to pay attention to a limited number of states that can swing one way or the other. [18]

A Nov. 6, 2016 episode of PBS NewsHour revealed that “Donald Trump and Hillary Clinton have made more than 90% of their campaign stops in just 11 so-called battleground states. Of those visits, nearly two-thirds took place in the four battlegrounds with the most electoral votes — Florida, Pennsylvania, Ohio, and North Carolina.” [19]

Gautam Mukunda, political scientist at Harvard University , explained that states are given electors based on its representation in the House and Senate, so small states get extra votes. Mukunda stated, “The fact that in presidential elections people in Wyoming have [nearly four] times the power of people in California is antithetical at the most basic level to what we say we stand for as a democracy.” [33]