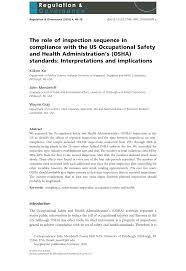 Should a government agency (OSHA) un-elected by the American people have the power to mandate your bodily autonomy and privacy in a manner that will affect you both inside and outside of the workplace long after you have left your job?

Should a government agency (OSHA) un-elected

On November 5, 2021, OSHA issued an emergency temporary standard (ETS), requiring private employers with 100 or more employees to mandate Covid-19 vaccinations for all employees or, in the alternative, testing and masks for those employees choosing not to vaccinate. The Fifth Circuit Court of Appeals issued an order to stay (stop) the ruling the following day.

The opinion of the Fifth Circuit is linked below and must be read before participating in the Discussion Board. Recall that the Fifth Circuit is the Circuit Court (Appellate Court) for Texas, Louisiana, and Mississippi. The Fifth Circuit stated, ” the ETS exposes employers to severe financial risk if they refuse or fail to comply, and threatens to decimate their workforce’s (and business prospects) by forcing unwilling employees to take their shots, take their tests, or hit the road.”

If you have the time, I highly encourage each one of you to listen to the oral arguments in their entirety. It will be a landmark decision for generations to come.

If allowed to take effect, the mandate would force every private business with 100 or more employees to require proof of a negative COVID-19 test on at least a weekly basis or proof of vaccination from each worker. The decision will also affect approximately 17 million health care workers at facilities receiving Medicaid and Medicare funding.

The Supreme Court has made its decision. How did they rule? Read the opinion attached below and then participate in the Discussion Board.

Please discuss the following with your classmates:
1. Should a government agency (OSHA) un-elected by the American people have the power to mandate your bodily autonomy and privacy in a manner that will affect you both inside and outside of the workplace long after you have left your job?

2. Given that we now know that the COVID-19 vaccine does not prevent you from getting infected with COVID-19 or from spreading the infection and that the recovery rate for most is over 99% do you think an ETS is warranted?

Please note the following:
1. You must read the opinion of the 5th Circuit, the SCOTUS opinion and the OSHA ETS document attached below.

Review the documents below. You may have to copy and paste the link into your browser.

UNITED NATIONS, New York – Nearly half of all women are denied their bodily autonomy, according to data from 57 countries, UNFPA’s flagship report announced today. The 2021 State of World Population report, titled My Body is My Own, marks the first time a United Nations report focuses on the power and agency of individuals to make choices about their bodies without fear, violence or coercion.

The report examines data on women’s decision-making power and on laws supportive of sexual and reproductive health and rights. Tragically, only 55 per cent of women have bodily autonomy, according to measurements of their ablity to make their own decisions on issues relating to health care, contraception and whether to have sex.

The report also highlights the legal, economic and social barriers to securing bodily autonomy for all. Twenty countries or territories, for example, have “marry your rapist” laws that allow perpetrators to escape punishment if they marry their victims, codifying the denial of autonomy experienced by survivors of rape. But some of the most persistent barriers to bodily autonomy involve stereotypes, assumptions and misconceptions about bodily autonomy and the rights of women and girls.

“The few people who have heard of bodily autonomy associate it with negative ideas,” said Romeo Alejandro Méndez Zúñiga, a youth educator in Guatemala who was interviewed in the report, “because it affects the patriarchal male chauvinist system.”

Below are seven common myths about bodily autonomy and why we must abandon these misconceptions once and for all.

Bodily autonomy is about the right to make decisions over one’s own life and future. It is about being empowered to make informed choices. These are universal values.

Governments everywhere have committed, in a variety of international agreements, to protecting autonomy. Respect for autonomy is a core tenet of international medical ethics. And we must not overlook the incredible efforts to secure bodily autonomy being led by advocates all over the world.

Myth 2: There is no right to bodily autonomy.

Not only is bodily autonomy a human right, it is the foundation upon which other human rights are built.

Collective decision-making is common across cultures, societies and governments. But group decisions cannot circumscribe the rights of individuals. This is the case with allMarginalized communities, such as indigenous people, often face heightened barriers to realizing their bodily autonomy. This could take the form of vulnerability to violence, lack accurate sexual and reproductive health information or poor access to health services. © UNFPA/Guadalupe Natareno rights; bodily autonomy is no exception.

In fact, the realization of individual bodily autonomy actually requires collective action. Communities and advocates must come together to dismantle the norms, laws and practices that deprive individuals of autonomy.