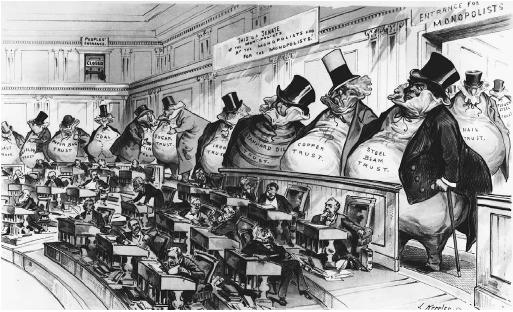 Instructions
This assignment covers the legal concepts of tying arrangements, monopolization, and price fixing.  In each of these problems you are asked to apply what you have learned in this chapter in arriving at your responses.

page 947
4.Best View Theatres (BVT) and Prime Time Entertainment (PTE) were talent-booking entities located in Las Vegas, Nevada. Each firm aggressively pursued possible acts, and each worked hard to secure venues for their per-formers. At a trade convention, the president of BVT and the president of PTE met for dinner. Each decided to direct their respective employees to quit calling on the same acts and the same venues. The two presidents, on a napkin, outlined a “working relationship” that would allow each business to make a nice profit without having to enter into costly “wars” with the other. Is such an arrangement legal? Why?

9.Von’s Grocery Company is the third largest grocery chain in the Los Angeles market, with 4.7 percent of sales. It wishes to merge with the sixth largest firm, which has 2.8 percent of sales. Is this legal? Why?
10.Nippon Paper Industries Company, a Japanese com-pany, manufactured facsimile (fax) paper. Officials of that company met with other competitors in the market in Japan for the purpose of fixing the price of thermal fax paper throughout the United States. Would U.S. antitrust law apply? Why?”

The Sherman Anti-Trust Act authorized the federal government to institute proceedings against trusts in order to dissolve them. Any combination “in the form of trust or otherwise that was in restraint of trade or commerce among the several states, or with foreign nations” was declared illegal. Persons forming such combinations were subject to fines of $5,000 and a year in jail. Individuals and companies suffering losses because of trusts were permitted to sue in federal court for triple damages.

The act was designed to restore competition, but it was loosely worded and failed to define such critical terms as “trust,” “combination,” “conspiracy,” and “monopoly.” Five years later, the Supreme Court dismantled the act in United States v. E. C. Knight Company (1895). The Court ruled that the American Sugar Refining Company, one of the defendants in the case, had not violated the law even though the company controlled about 98% of all sugar refining in the United States. The Supreme Court reasoned that the company’s control of manufacture did not constitute a control of trade.

The E. C. Knight ruling seemed to end any government regulation of trusts. In spite of this, during President Theodore Roosevelt’s “trust busting” campaigns at the turn of the century, the Sherman Anti-Trust Act was used with considerable success. In 1904, the Supreme Court upheld the government’s suit to dissolve the Northern Securities Company in Northern Securities Co. v. United States. By 1911, President Taft had used the act against the Standard Oil Company and the American Tobacco Company. In the late 1990s, in another effort to ensure a competitive free market system, the federal government used the Sherman Anti-Trust Act, then over 100 years old, against the giant Microsoft computer software company.