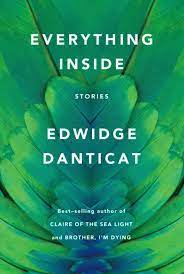 Difference Between Science and Philosophy

The distinction between philosophy and science is very slim, but there are some differences nonetheless. Many people assume that science and philosophy are concepts contradictory to each other, but both subjects share a more positive relationship rather than an animosity.

Science can be defined as a study and understanding of natural phenomena. It is concerned with empirical data, meaning data that can be observed, tested, and repeated. It is systematic in nature, and there is a specific course of action used called the scientific method. Science bases its explanation on the results of experiments, objective evidence, and observable facts.

There are many branches or fields of science. These branches can be classified under various headings: pure and applied sciences, physical and life sciences, Earth and space sciences. Also included in these classifications are exact science and descriptive science.

Science started out as a part of philosophy. It was then called natural philosophy, but science deviated from philosophy in the 17th century and emerged as a separate study or domain.

Science involves objective types of questions. As a study, it tries to find answers and prove them to be objective fact or truth. In its method, the experiment creates certain hypotheses that can be proven or validated as fact.

In the same manner, hypotheses can also be wrong or falsified. By observing and undertaking an experiment, science produces knowledge through observation. Science’s main purpose is to extract the objective truth out of existing or naturally occurring ideas.

Science’s “predecessor,” philosophy, is a more difficult concept to define. It is broadly defined as an activity that uses reason to explore issues in many areas. Its application to many different fields makes it impossible for it to have a definite and concrete definition.

Philosophy tries to study and understand the fundamental nature of two things: the existence of man, and the relationship between man and existence. It also has many branches: metaphysics, logic, politics, epistemology, ethics, aesthetics, and specific philosophy in fields like philosophy of language, history, the mind, and religion, among others. “Philosophy” comes from the Greek word “philosophia,” which translates into “love of wisdom.”

Philosophy is based on reason; its methods utilize logical argumentation. Philosophy uses arguments of principles as the basis for its explanation.

Philosophy entertains both subjective and objective types of questions. This means that aside from finding answers, it also resolves to generate questions. It raises questions and processes before finding out the answers. Philosophy is mostly involved with thinking and creating knowledge.

1.Philosophy and science are two studies and domains. Philosophy came first and became the basis for science, formerly known as natural philosophy. Both studies have many branches or fields of study and make use reasoning, questioning, and analysis. The main difference is in the way they work and treat knowledge.

2.Science is concerned with natural phenomena, while philosophy attempts to understand the nature of man, existence, and the relationship that exists between the two concepts.

3.”Science” comes from a Latin word (scientia), while “philosophy” was derived from the Greek “philosophia.”

4.Another common element between the two studies is that they both try to explain situations and find answers. Philosophy does this by using logical argumentation, while science utilizes empirical data. Philosophy’s explanations are grounded in arguments of principles, while science tries to explain based on experiment results, observable facts, and objective evidence.

5.Science is used for instances that require empirical validation, while philosophy is used for situations where measurements and observations cannot be applied. Science also takes answers and proves them as objectively right or wrong.

7.Philosophy creates knowledge through thinking; science does the same by observing.

8.Science is also a defined study, in contrast to philosophy, which can be applied to many extensive areas of discipline.