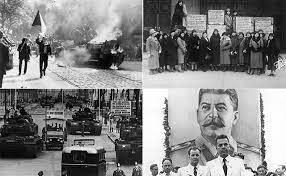 Response to the story identifying major statements in the story

Of all of the common assumptions that we discussed in class, I think one of the most common is the idea that a children’s text should in some way teach the reader something.

We of course talked about the term didactic, and how a didactic book strongly pushes a lesson onto the reader, telling them that they should believe this or that.

Many times a reason for that lesson isn’t even given, as though the young person reading the book should just accept that lesson because they are told to, because the other knows better.

As I was reading Cat in the Hat by Dr. Seuss, the book I selected for the assignment, I was hoping that it wouldn’t be as didactic as most other children’s books, and that it would be as playful and exciting as I remember as a child.

On the last two pages of the book, however, the absent mother returns home, the cat has disappeared, the children are behaving nicely, sitting in chairs, and it is pretty obvious that even though they got into mischief they are still good children after all.

Nothing really has changed at the end of the book.  Although all sorts of things got played with, and the children broke the rules I am sure they know about (like, “Don’t fly kites in the house”), major boundaries were never crossed.

We talked about how the opposite of a didactic book might be an ambiguous book, or a book that encourages the reader to think about issues, to make decisions for themselves.  In that kind of book, the author usually wants to the reader to think for her or himself, to understand that some things are difficult, even for adults.

The author may present a problem and ask you what you think, or might just never come around to saying exactly what you are supposed to believe.

In some ways, this is probably a pretty ambiguous ending.  The author asks the reader that if your mother left, if someone wanted you to do what you weren’t supposed to, if you did it anyway, and if you didn’t get caught, then would you tell your mother or father what happened?

Most adults wouldn’t tell what happened themselves, but the question is there anyway, and it seems to be really asking children what they believe.

But it doesn’t seem really that ambiguous.  If the book were really ambiguous it would be breaking the Typical Case Prototype of children’s books, and in almost every other way the book keeps to those prototypes.

Children’s books portray children as the way adults typically think of them, as crazy kids who aren’t serious like adults, or innocent angels who would never really do any harm when they play.

Dr. Suess portrays typical kids, bored by the rain, wanting to do something wild.  Although Seuss’s style is strange, the children even look like the sort of standard white children that appear in most books, the girl in a dress and ribbon in her hair.

We saw in class how these children are a lot like the standard one’s in Cassie’s history textbook  And although strange things happen in the book – a talking cat, a couple of strange Things, a lot of things getting thrown around – it is the kind of play we come to expect in children’s lives, especially in the sorts of standard things shown on television and in movies.

The Fish, who sounds a lot like an adult, is always there to warn them, and in the end everything gets cleaned up.  Of course the book is fun and playful, and is obviously one of the most famous and liked picture books ever made, but it is still pretty straightforward.

Examining it made me think about how the book might have changed in recent years, especially since children are rarely bored when they are at home any more (with all of the stuff they own to play with).

But more than that, it made me think about why we expect all children’s books to be like this, why it is always considered one of the best books for children.

Although I like typical children’s books, it makes me also interested in books that don’t do what we expect.  The book was written 1957, and in so many ways children’s books have become so incredibly different since then.  But in a lot of other ways, some good, some bad, they haven’t changed at all.