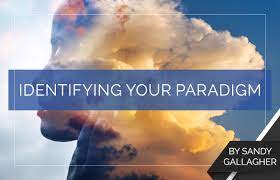 Reflecting on your Paradigm. Which research paradigm, or mixture of two paradigms, do you most want to have for your own project? Take a look at your form and think about the actual paradigm implied by the project you made.

Reflecting on your Paradigm

For this assignment, you need to answer the following questions:
Which research paradigm, or mixture of two paradigms, do you most want to have for your own project?

Take a look at your form and think about the actual paradigm implied by the project you made. Does it match the paradigm you’re looking for?

The knowledge needed for you to do this assignment will be provided in Lecture 8, on July 28. You can also re-watch Lecture 2 for some basic ideas, although Lecture 8 will provide much more detail.

For this assignment, I’m looking for about a paragraph, two paragraphs at most. The total mark is out of 4. For each question, you get one mark for making an attempt to answer the question, or two marks if your answer shows evidence of critical thinking.

The word “paradigm” comes from the Greek word paradeigma, commonly used to mean a perception, assumption, theory, frame of reference or lens through which one is viewing the world. In the more general sense, it’s the way we “see” the world – not in terms of our visual sight, but in terms of perceiving, understanding, and interpreting.

In a more practical term, a paradigm is like a map. A map of a city, for example. Imagine you are holding a wrong map in your hands and you want to reach a certain destination. No matter how hard you try you will never reach that destination – you will feel lost—simply because you are holding the wrong map.

Each of us has many, many maps in our head. We interpret everything we experience through these mental maps. We rarely or almost never question their accuracy and we are usually unaware that we have them. We simply assume that the way we see things is the way they really are or the way they should be.

For understanding the power of the paradigm, you must see the images below in the “images” section. This exercise was used at Harvard Business School for a demonstration that two groups of people can see the same thing, disagree, and yet both be right. It’s not logical, but it’s psychological.

The exercise was held in a classroom and picture 1 was given to one half of the students and picture 2 to the other half. The professor asked them to look at the pictures and to be concentrated  for 10 seconds. He then showed on the screen the picture number 3 and asked the students what do they see?

The Students have argued for a long time whether there  is an old or a young  woman on the screen,  depending on the previous conditioning of 10 seconds.

This exercise shows how powerful conditioning affects our perceptions, our paradigms. If 10 seconds can have that kind of impact on the way we see things, what about a lifetime? Imagine the influences in our family, school, friends, etc – they all have made an unconscious impact on us and helped shape our frame of reference, our paradigms, our maps.

It also shows that these paradigms are the source of our attitudes and behavior. We cannot act with integrity outside of them. If we simply see the young woman, it’s difficult to convince yourself otherwise, and agree that it is the old woman.

The paradigm also determines the way you interact with other people. Each of us thinks that we see things as they are, that we are objective. But this is not the case. We see the world, not as it is, but as we are – or as we are conditioned to see it.

The moment we start describing what we see, we actually describe ourselves, our perceptions, our paradigms. And if other people disagree with us, we immediately think something is wrong with them.

But, as the exercise shows, sincere, clearheaded people see things differently, each looking through their unique lens of experience.

The more aware we are of our basic paradigms, maps, or assumptions, and the extent to which we have been influenced by our experience, the more we can take responsibility for those paradigms, examine them, test them against reality, listen to others and be open to their perceptions, thereby getting a larger picture and a far more objective view.

So, let’s start of understanding the conditioning in our childhood. Reflection questions that can help you:

The dominant parent has installed, consciously or unconsciously, certain patterns of behavior or beliefs that have influenced us as children. The rules, describing what is right and what is wrong, allowed and forbidden behaviors, perceptions towards certain groups of people (gay, Asian, black, Muslim, etc.) can significantly be influenced by our dominant parent.

Think about it. What beliefs you have that are authentically yours and which ones might be copy-pasted from your family?

This is not necessarily who you loved the most, as with everyone you build a unique relationship and emotions, but this question is more about with whom did you feel most relaxed, most comfortable, most yourself.

This usually might be one of the grandparents but not necessarily, think about it. And reflect on how you felt, what did you like doing, what behavior did you express when you felt most free?

What were the environment and the surrounding? In these answers somewhere lays bits and pieces of the authentic you.

This can be a cartoon character or a movie character a musician or an artist. Understanding and reflecting on your childhood hero can give you an insight into the characteristics and character that you aspired to become.

Think of your hero in terms of “what are the values this hero demonstrated?”; what are the characteristics (strengths) that he possessed? What inspired you the most that made him/her your hero? The understanding of these answers will give you another insight into your authenticity.

Other questions that can help you reflect on your paradigm are:

All these questions aim to make you think about how your perceptions were built from important people/situations or emotional experiences in your life? It’s important to think about some of your current perceptions and if they are attached to these previous experiences and people. Is this really you or it is the expectation someone you cared about had for u and vice-versa?

One of the key messages that Stephen Covey gave in his book is the following: