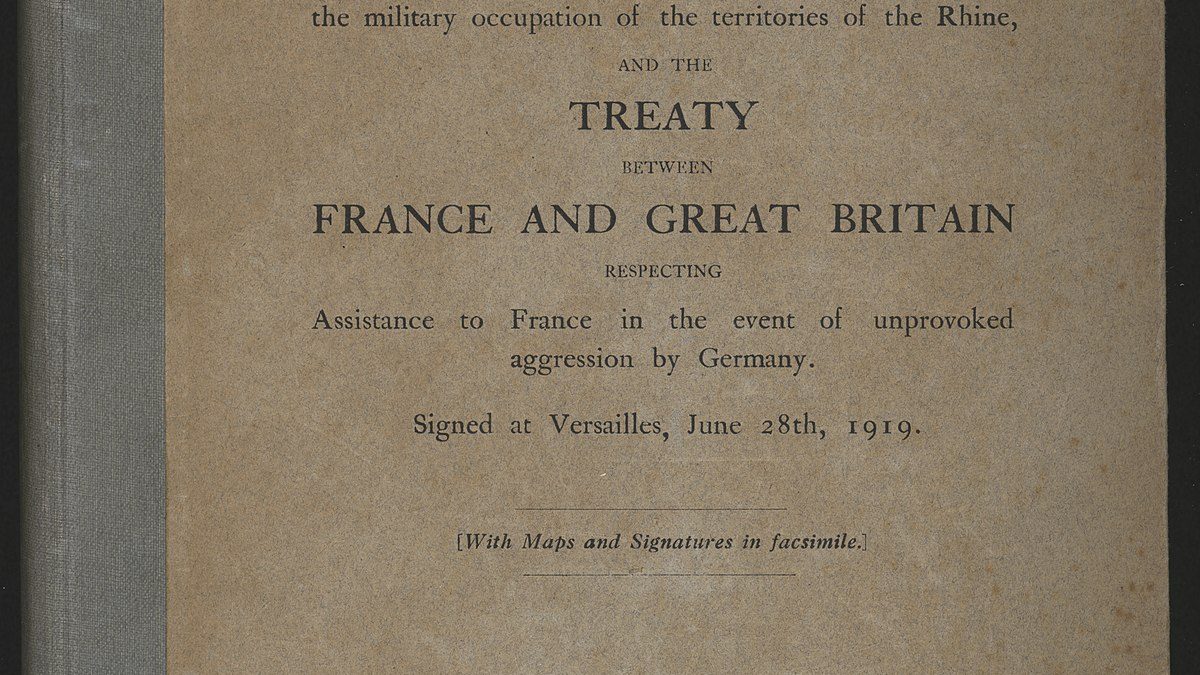 The Treaty of Versailles overview

Far from the “peace without victory” that U.S. President Woodrow Wilson had outlined in his famous Fourteen Points in early 1918, the Treaty of Versailles humiliated Germany while failing to resolve the underlying issues that had led to war in the first place. Economic distress and resentment of the treaty within Germany helped fuel the ultra-nationalist sentiment that led to the rise of Adolf Hitler and his Nazi Party, as well as the coming of a World War II just two decades later.

In a speech to Congress in January 1918, Wilson laid out his idealistic vision for the post-war world. In addition to specific territorial settlements based on an Entente victory, Wilson’s so-called Fourteen Points emphasized the need for national self-determination for Europe’s different ethnic populations. Wilson also proposed the founding of a “general association of nations” that would mediate international disputes and foster cooperation between different nations in the hopes of preventing war on such a large scale in the future. This organization eventually became known as the League of Nations.

Wilson’s Fourteen Points are summarized below:

1. Diplomacy should be public, with no secret treaties.

2. All nations should enjoy free navigation of the seas.

3. Free trade should exist among all nations, putting an end to economic barriers between countries.

4. All countries should reduce arms in the name of public safety.

7. Belgium should be restored to independence.

8. Alsace-Lorraine should be returned to France and France should be fully liberated.

9. Italy’s frontiers should be drawn along clearly recognizable lines of nationality.

10. People living in Austria-Hungary should be granted self-determination.

11. The Balkan states should also be guaranteed self-determination and independence.