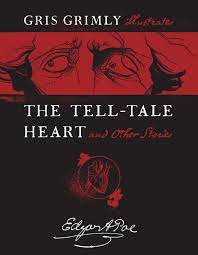 Psychological Literary Criticism Analysis of the Mind and behavior of the characters Poe’s stories: “The Cask of Amontillado,” “The Black Cat” and “The Tell-Tale Heart” Theme: The dark side of the mind Psychological terms: Psychopath: Lose touch with

Psychological Literary Criticism Analysis of the Mind and behavior of the characters Poe’s stories: “The Cask of Amontillado,” “The Black Cat” and “The Tell-Tale Heart” Theme: The dark side of the mind Psychological terms: Psychopath: Lose touch with

Psychoanalytic criticism adopts the methods of “reading” employed by Freud and later theorists to interpret texts. It argues that literary texts, like dreams, express the secret unconscious desires and anxieties of the author, that a literary work is a manifestation of the author’s own neuroses. One may psychoanalyze a particular character within a literary work, but it is usually assumed that all such characters are projections of the author’s psyche.

One interesting facet of this approach is that it validates the importance of literature, as it is built on a literary key for the decoding. Freud himself wrote, “The dream-thoughts which we first come across as we proceed with our analysis often strike us by the unusual form in which they are expressed; they are not clothed in the prosaic language usually employed by our thoughts, but are on the contrary represented symbolically by means of similes and metaphors, in images resembling those of poetic speech” (26).

Like psychoanalysis itself, this critical endeavor seeks evidence of unresolved emotions, psychological conflicts, guilts, ambivalences, and so forth within what may well be a disunified literary work. The author’s own childhood traumas, family life, sexual conflicts, fixations, and such will be traceable within the behavior of the characters in the literary work. But psychological material will be expressed indirectly, disguised, or encoded (as in dreams) through principles such as “symbolism” (the repressed object represented in disguise), “condensation” (several thoughts or persons represented in a single image), and “displacement” (anxiety located onto another image by means of association).

Despite the importance of the author here, psychoanalytic criticism is similar to New Criticism in not concerning itself with “what the author intended.” But what the author never intended (that is, repressed) is sought. The unconscious material has been distorted by the censoring conscious mind.

Psychoanalytic critics will ask such questions as, “What is Hamlet’s problem?” or “Why can’t Brontë seem to portray any positive mother figures?”

True! — nervous — very, very dreadfully nervous I had been and am; but why will you say that I am mad? The disease had sharpened my senses — not destroyed — not dulled them. Above all was the sense of hearing acute. I heard all things in the heaven and in the earth. I heard many things in hell. How, then, am I mad? Hearken! and observe how healthily — how calmly I can tell you the whole story.

It is impossible to say how first the idea entered my brain; but once conceived, it haunted me day and night. Object there was none. Passion there was none. I loved the old man. He had never wronged me. He had never given me insult. For his gold I had no desire. I think it was his eye! yes, it was this! One of his eyes resembled that of a vulture — a pale blue eye, with a film over it. Whenever it fell upon me, my blood ran cold; and so by degrees — very gradually — I made up my mind to take the life of the old man, and thus rid myself of the eye forever.

And every night, about midnight, I turned the latch of his door and opened it — oh, so gently! And then, when I had made an opening sufficient for my head, I put in a dark lantern, all closed, closed, so that no light shone out, and then I thrust in my head.

Oh, you would have laughed to see how cunningly I thrust it in! I moved it slowly — very, very slowly, so that I might not disturb the old man’s sleep. It took me an hour to place my whole head within the opening so far that I could see him as he lay upon his bed. Ha! — would a madman have been so wise as this?

And then, when my head was well in the room, I undid the lantern cautiously — oh, so cautiously — cautiously (for the hinges creaked) — I undid it just so much that a single thin ray fell upon the vulture eye. And this I did for seven long nights — every night just at midnight — but I found the eye always closed; and so it was impossible to do the work; for it was not the old man who vexed me, but his Evil Eye.

And every morning, when the day broke, I went boldly into the chamber, and spoke courageously to him, calling him by name in a hearty tone, and inquiring how he had passed the night. So you see he would have been a very profound old man, indeed, to suspect that every night, just at twelve, I looked in upon him while he slept.

Upon the eighth night I was more than usually cautious in opening the door. A watch’s minute hand moves more quickly than did mine. Never before that night had I felt the extent of my own powers — of my sagacity.

I could scarcely contain my feelings of triumph. To think that there I was, opening the door, little by little, and he not even to dream of my secret deeds or thoughts.

I fairly chuckled at the idea; and perhaps he heard me; for he moved on the bed suddenly, as if startled. Now you may think that I drew back — but no. His room was as black as pitch with the thick darkness, (for the shutters were close fastened, through fear of robbers,) and so I knew that he could not see the opening of the door, and I kept pushing it on steadily, steadily.

I had my head in, and was about to open the lantern, when my thumb slipped upon the tin fastening, and the old man sprang up in the bed, crying out — “Who’s there?”

I kept quite still and said nothing. For a whole hour I did not move a muscle, and in the meantime I did not hear him lie down. He was still sitting up in the bed listening; — just as I have done, night after night, hearkening to the death watches in the wall.