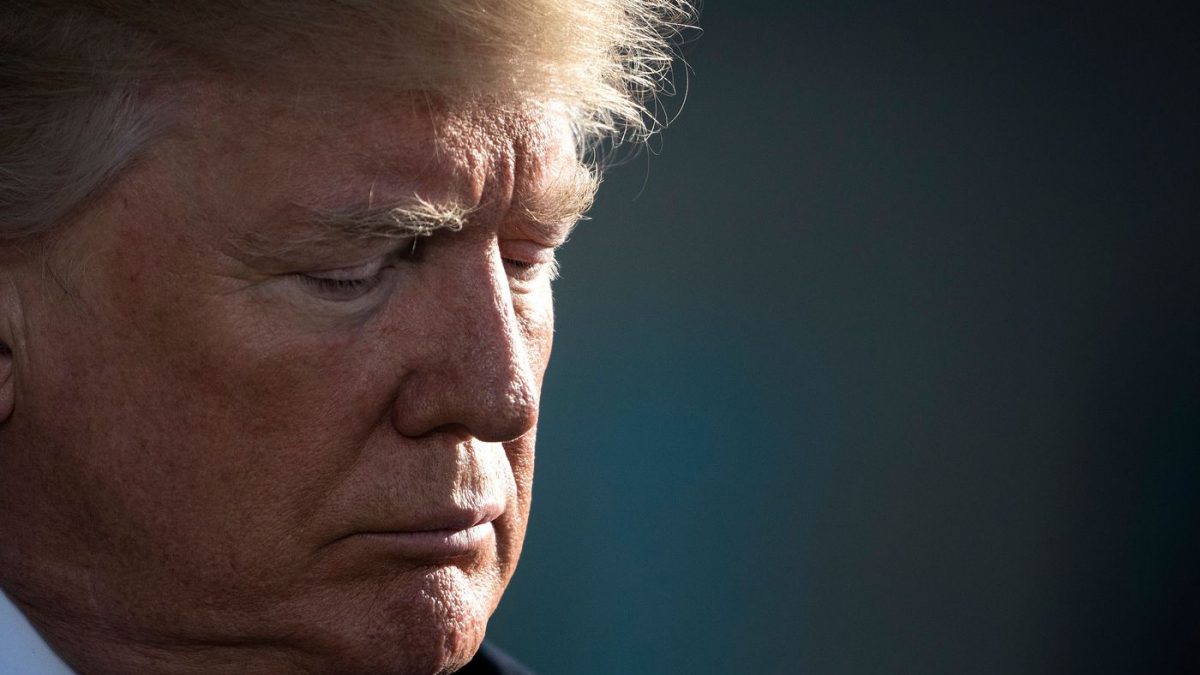 President Donald Trump has banned transgendered persons from serving in the U.S. Armed Forces “in any capacity.”  The decision reverses a policy initially approved by the Defense Department under President Barack Obama that allowed transgender individuals to openly serve in the military.  Do you agree with Trump’s action?  Why or why not?

Before responding to this question, read the essays and watch the videos posted below. Your post should demonstrate a good understanding of the topic. Be sure to use good English grammar and composition skills. Your response is worth up to 25 points, so be sure to take your time to do this assignment well. Please continue the conversation with your classmates by posting a reply to someone else’s response.
Remember: To receive credit, your post should specifically mention the title, author, or source of at least two of the articles or videos posted below.

Jack Turco, “I’ve Treated Transgender Troops for Years.  Trump Is Wrong to Ban them from the Military.”
https://www.usatoday.com/story/opinion/2019/04/02/donald-trump-transgender-ban-morally-wrong-disrupt-military-column/3291420002/ (Links to an external site.)

David Remnick, “The cruelty and cynicism of Trump’s Transgender Ban.”
http://www.newyorker.com/news/news-desk/the-cruelty-and-cynicism-of-trumps-transgender-military-ban (Links to an external site.)

On January 25, 2021, President Joe Biden overturned former President Donald Trump’s ban on transgender troops openly serving in the US military. What follows is an explainer about Trump’s ban, published on January 22, 2019.

President Donald Trump’s ban on transgender troops is back.

If that happens, the Trump administration will be able to enforce its ban on transgender people serving openly in the military.

The Supreme Court did not decide yet whether it will directly oversee a case on the trans ban. It merely lifted some lower courts’ injunctions.

This goes back to July 2017, when Trump first tweeted he would ban trans military service. He argued, “Our military must be focused on decisive and overwhelming … victory and cannot be burdened with the tremendous medical costs and disruption that transgender in the military would entail.”

In August 2017, the White House put out the actual policy behind those tweets. According to the administration, Trump would effectively return to the pre-2016 era in which trans troops could not serve openly. It would also ban the military from paying for gender-affirming surgeries, with some exceptions to “protect the health” of someone who had already begun transitioning. The guidance also allowed the secretary of defense, after consulting with the secretary of homeland security, some wiggle room to decide what to do with already serving trans service members — and it let them advise the president on reversing the ban.

The policy was to take effect in March 2018, reversing the Obama administration’s decision to undo the military’s long-standing ban on openly serving trans troops.

But federal courts halted the ban from going through, finding in part that trans service members who challenged the policy were likely to prevail. As a result, openly serving trans service members were able to join the military starting on January 1, 2018, and the military has already paid for some trans-inclusive medical services, including gender-affirming surgeries.

Then, in March 2018, the Trump administration unveiled version 2.0 of the ban. Following a Pentagon review, the White House rescinded the previous ban and approved a new memo that declares that “transgender persons with a history or diagnosis of gender dysphoria — individuals who the policies state may require substantial medical treatment, including medications and surgery — are disqualified from military service except under certain limited circumstances.” The prohibition includes people who have already transitioned.

The move is expected to ban most trans people from openly serving in the military, with exceptions for people who already began serving as trans prior to the memo and trans people who have been “stable for 36 consecutive months in their biological sex prior to accession.” But lower courts put the ban on hold — at least until the Supreme Court got involved.

Trump’s ban could lead to some very ugly consequences: trans service members staying in the closet, even when it’s dangerous for their service and their personal health and safety; trans troops being discharged or abused; and trans Americans more broadly receiving yet another signal that society still doesn’t accept or tolerate them.

The rationale for the ban is also baseless. The empirical evidence, based on the experiences of countries from Israel to the UK to Canada, shows that letting trans people openly serve poses minimal to no costs to the military’s budget or readiness.

But that evidence may not matter much to Trump, because the real reasons for the renewed anti-trans ban are reportedly more political — about sticking it to Democrats and political correctness — than his public-facing reasons. To Trump, trans troops have just become political pawns for his broader efforts