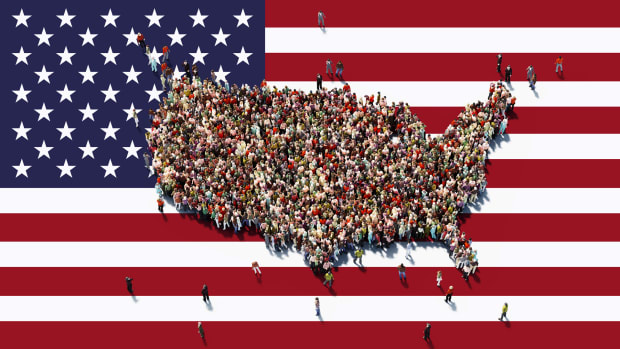 Northern and southern United States between 1800 and 1850

Throughout the first half of the nineteenth century, the Northern and Southern regions of the United States struggled to find a mutually acceptable solution to the slavery issue. Unfortunately, little common ground could be found. The cotton-oriented economy of the American South continued to rest on the shoulders of its slaves, even as Northern calls for the abolition of slavery grew louder. At the same time, the industrialization of the North continued. During the 1820s and 1830s, the different needs of the two regions’ economies further strained relations between the North and the South.

The first half of the nineteenth century was also a period of great expansion for the United States. In 1803, the nation purchased the vast Louisiana Territory from France, and in the late 1840s it wrestled Texas and five hundred thousand square miles of land in western North America from Mexico. But in both of these cases, the addition of new land deepened the bitterness between the North and the South.

As each new state and territory was admitted into the Union, the two sides engaged in furious arguments over whether slavery would be permitted within its borders. Urged on by the growing abolitionist movement, Northerners became determined to halt the spread of slavery. Southern slaveholders fiercely resisted, however, because they knew that they would be unable to stop antislavery legislation in the U.S. Congress if some of the new states were not admitted as slave states. In order to preserve the Union, the two sides agreed to a series of compromises on the issue of slavery.

From the time that the original thirteen colonies declared their independence from Great Britain in 1776, Americans worked to develop an effective system of democratic government. The first comprehensive rules of government passed were the Articles of Confederation, which were ratified (legally approved) in 1781. Under the terms of this document, the individual states held most of the country’s legislative power. The Articles of Confederation also provided for the creation of a central or federal government to guide the nation, but this government was given so little authority that it was unable to do much.

Within a few years, most legislators agreed that they needed to make some changes. American leaders subsequently adopted the U.S. Constitution, which provided additional powers to the federal government. But congressional leaders also made sure that the individual states retained some rights, inserting language that was designed to strike a balance between federal and state power.

Complaints about this arrangement flared up from time to time in both the northern and southern regions of the country, as Supreme Court decisions (McCulloch v. Maryland, 1819) and other events expanded the scope of federal authority. Southerners became particularly skeptical of federal power because they worried that the national government might someday try to outlaw slavery over the objections of individual Southern states.