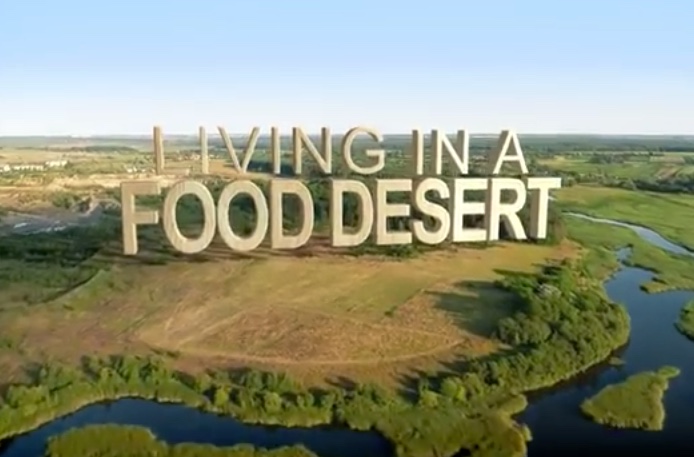 Living in a Food Desert by Jesse Vaughn movie Analysis

Living in a Food Desert by Jesse Vaughn movie Analysis

THIS MOVIE IS TITLED:  Living in a Food Desert, directed by Jesse Vaughn. Please thoroughly describe the movie with detailed summaries of what the movie entails and discuss how the movie highlights the lack of access to healthier food options in low-income neighbourhoods.
https://amara.org/vi/videos/2Q3c8b0BHhfp/en/1526809/

In 2013, at the request of Virginia House Delegate William Howell, the urging Delegate Delores McQuinn, and in collaboration with Virginia Tech, Virginia State University administered a study on food deserts. The effects of food deserts on the fabric of Virginia’s society as well as the health of a big portion of its citizens–well, let’s just say it hasn’t been pretty.

It also hasn’t been adequately publicized. That’s why Jewel Hairston, Dean of VSU’s College of Agriculture, asked filmmaker Jesse Vaughan to take this thing to the people, documentary-style.

“A STUDY WITH IMAGERY BEHIND IT”

With a crew of exactly two people (including himself), Vaughan set out for Norfolk, Lynchburg, Hampton, and select areas in Richmond. But it wasn’t always easy to find people interested in talking to him. “Some are embarrassed by the fact that they can’t afford healthy food or they don’t have the transportation to get to a grocery store, so they didn’t want to go on camera. That’s what made people like Charlotte Smith [an interviewee in Lynchburg] so special–she had a very strong opinions. In baring her soul about the difficulties that she’s gone through, she’s actually helping our communities.”

Vaughan does a lot of work for VSU, but this project was something that really hit home. “I drive through the city [that’s Richmond, where he lives] all the time,” he says. “And I never realized how many unhealthy stores exist. We ask ourselves why we have these obesity problems, and it’s because people don’t have access to fresh food.”

“He literally took a study, put imagery behind it. He really got in the community and told people’s stories,” applauds Hairston, who had just seen the finished product the same day I spoke with her. She was thrilled with the result. “Really to me he really showed what this issue is about, how it impacts people and how we’re keeping some of these things from being addressed.”

“WHERE ARE THE GROCERY STORES?”

The more Vaughan learned, the more he found himself paying attention to how close this is to home for him personally, but also for most of us. Literally and geographically close to our houses.

“Where are the grocery stores? Short Pump has four or five in a few-bock radius,” Vaughan says, his emphasis growing the longer he talks about the subject. He realized his own mother has been living in a food desert for years, but he’d never really thought about it before. She’s lucky enough to have kids who make sure she stays healthy, but what about Charlotte in Lynchburg who has to travel by wheelchair? The grocery store near her house closed down, so now what? She has to move? Or she has to make do with the processed junk food that’s a cheaper commodity and therefore ubiquitous in low-income areas.

Hairston and Vaughan both have practical goals for the film. Nobody’s trying to get famous, but everyone involved hopes that with awareness will come change. “We tried to be as objective as we could possibly be, and that’s important to us. The film isn’t an expose to embarrass anyone, it’s just really stating the facts. Here’s the study, here are the facts,” insists Vaughan, who wants people to write their congressional representatives.

“This needs to turn into resources,” adds Hairston. ” If this is really going to address food deserts, we need people, money, and policy change. Maybe it’s our transportation issues, maybe we look at how we can get food to people in poor communities, maybe there’s some money in a grant fund, or maybe we can put some more budget money into trying to address some of these issues. I hope a legislator looks at this and says ‘That’s my jurisdiction right there.’”

It’s hard to watch even the trailer for this film and start mentally drawing city maps in your mind and placing little stars on them for the grocery stores. Then come the little skull and crossbones for convenience stores, gas stations, “markets,” and other junk food purveyors. Even just the mental estimates are disturbing. Then you realize that you’re privileged enough to have transportation to a place with fresh produce. Or you live near one. Or you order fresh food online to be delivered to your house. Then you imagine how you’d feel if you ate Twix bars and McDonalds all day. Then you want to do something to help.