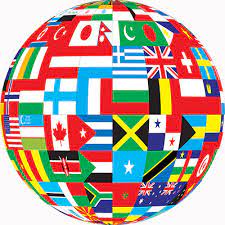 Living between two cultures can be difficult, but conflicts can usually be successfully resolved. Do you agree or disagree? In “Two Lives” (pp. 15-18 in the Course Pack), Shirley Geok-Lin Lim argues that the person who has left his or lyer native county.

Living between two cultures can be difficult

Living between two cultures can be difficult, but conflicts can usually be successfully resolved. Do you agree or disagree? In “Two Lives” (pp. 15-18 in the Course Pack), Shirley Geok-Lin Lim argues that the person who has left his or lyer native county.

Dr. Boulding delivered this keynote panel address during the first session of the Center’s February 1999 Cultures of Peace conference. At this time she was Professor of Sociology Emerita of Dartmouth College, where she developed the nation’s first Peace Studies program. Her written works include Cultures of Peace: The Hidden Side of History, published in 2000.

I chose to emphasize peace culture as dealing with difference because I think one of the biggest problems we have now — particularly in this country but also in Europe — is that we have gone through a century of what I call “premature universalism.” That is, we are all one and there is one set of values and one way to do things. That was colonialism.

Even the Universal Declaration of Human Rights is so focused on the individual that it wasn’t until we got the second and third round of conventions and declarations that community got involved.

So we have a long habit of dealing with people as if we’re just one human family and if people do it right, our way, then we’ll have a peaceful world. What we’re going through right now is a very painful process of learning about the diversity and the difference in the world. So when I think of and talk and write about peace culture, I’m writing about how we deal with difference creatively.

The other key word in peace culture is “listening.” Any group of people that is really listening with their hearts to each other is practicing peace culture. We can point to a few small societies that live in isolated circumstances, indigenous people who have beautiful peaceful ways.

We can say, that’s a peace culture. But mostly in our very complex society, we identify pieces of peace culture, elements and sectors. Our challenge is how to build out from what we already have and to have a deep appreciation of human difference. I’d like to remind us of what I think of as the two basic human needs. One is the need to bond with others. That is, we’ve got to have other people to be close to and to care about us and for us to care about.

But we also have to have our own space. We need a realm of autonomy where we can be who we are, since no two human beings are alike. In fact, somebody was pointing out to me the other day that nature never repeats herself so that no two organic things are identical. So think of all the diversity in the world, well beyond the human diversity.

If we look at societies where autonomy is the prime thing and everybody creates their own space — that can be a very violent society. But if we look at a society where everybody just goes around patting each other all the time, that’s a very dull society.

There needs to be a blending of the bonding and the autonomy. It takes a lot of listening, a lot of sensitivity to get that right balance in any relationship, in family, in marriage, in any working group, and in a society.

So a great deal of listening needs to go on and the diversity that we have is our best resource. In one situation, one set of characteristics will be just perfect for helping a group deal with a situation. In another kind of situation, a very different kind of person with different personality traits will be just the one who can help get the group triggered.

Every one of us has some combination of ways of perceiving, experiencing, and articulating that may be just what a group needs, and also sometimes isn’t.

As I say, we’re just now in the process of painfully learning about what I like to call the 10,000 ethnies, the 10,000 ethnic groups scattered all across the 185 states. Every one of these groups has its own conflict resolution peacemaking skills. There is no society, no matter how small, that does not have certain ways that it deals with difference.

Because remember, difference is always there. Wherever you have two humans together, you’ve got difference. So when the differences get really difficult, there are ways — hundreds and hundreds of different kinds of rituals, practices, and types of gatherings — that can be assembled to deal with a society that is in a serious conflict.

Each one of these 10,000 ethnies is a resource on how we deal with conflict.

I would also say that each language is a precious resource. We often don’t think about this. But languages are dying out. I don’t have in my [head] the number of languages that are still alive, but they are just a very few thousand now. Think about it. Each language has developed a way of articulating the human experience that is unique to that language.

Probably everybody here knows at least two languages, so you know that there are things you can say in one language that you cannot translate. You have to use a lot of words to try to convey that feeling, but you can’t get it in a word. In Dutch, there is a word that translates as, a “one-day butterfly.” It means sort of evanescent, but evanescent doesn’t give you the same feeling as a one-day butterfly.

The precious resources of our diversity have riches for how we adapt, how we live with the environment, how we handle conflict. Celebrating that is what we just are beginning to struggle to do. But we’re coming at it the hard way with so many ethnic inter- and intra-state wars that are misusing ethnicity. It’s not that ethnies hate each other; it’s that they’re being politically misused.

I want to celebrate the fact that women’s groups, particularly in Africa and in places in Asia like Sri Lanka, are coming together to hold up their own traditionally peacemaking practices. They are going into the village councils and saying, we know how to deal with this. And they are successfully disarming guerillas and militias and armed people in civil wars.

They are actually engaging in a process of some disarmament and in starting another process of consultation based on tradition. You’re not going to read about these groups in the New York Times or the Boston Globe, but they are happening. These efforts need to be honored. The women’s program in the International Fellowship of Reconciliation and the International Peace Bureau are doing some very important work.

One of the important projects in the Culture of Peace is working with former guerillas, going into areas like Nicaragua, like Mozambique, working with former soldiers and guerillas, people who have been killing and torturing each other, and developing a reconciling project, listening to each other and learning to respect the difference instead of trying to obliterate it. So these things are happening. And the more Culture of Peace projects we have like this, the better off we will be.

I said for starters that there are so many parts to the peace culture, and that’s already come out partly. As you’ve noticed, we are dealing with family and education this time. At the next conference we will focus on the economy and then the next conference will focus on faith communities. Each one of these parts has a whole rich set of understandings of what it means to realize the full development of the uniqueness of each person in relationship.

But the Culture of Peace, or lack of it, the war culture, is embedded in the institutional structures of our society, the way we organize our schools, or the way our justice system puts people in jail — in a peace culture you would only have restitutive or restorative justice. There would be no jails.

So we’re looking at all of our institutions that are bent toward violence, including the legal system and the economy with the gap between rich and poor. We must always think of institutional structures, which are, of course, produced by human behavior. So human behavior is the beginning and the end.