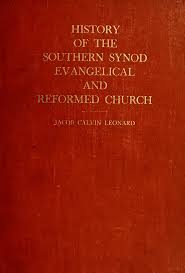 Kincaid, a wholesaler, delivered a quantity of tomatoes to a cannery pursuant to a contract whereby the Blackburn Company, owner of the cannery, promised to can the tomatoes in accordance with certain specifications.

Kincaid, a wholesaler, delivered a quantity of tomatoes to a cannery pursuant

1. Kincaid, a wholesaler, delivered a quantity of tomatoes to a cannery pursuant to a contract whereby the Blackburn Company, owner of the cannery, promised to can the tomatoes in accordance with certain specifications. The company promised to complete the work, and to pack and ship the canned tomatoes to the buyer’s address by August 12. On August 12, Kincaid’s tomatoes had not yet been canned.

That night, a fire broke out and consumed the cannery. Kincaid’s tomatoes were destroyed by the fire. The fire was not attributable to negligence on the part of the Blackburn Company. The company carried no insurance on the cannery and refused to pay Kincaid for his loss. Kincaid sued for breach of contract to recover from Blackburn Company the value of the tomatoes. Will Kincaid succeed?

2. Dean, a dealer, contracted in writing to sell a Camry to Maria, a merchant. Dean, acting without legal cause, refused to deliver the car. Four months later, Maria purchased a Camry (same model, same year) elsewhere. Maria sued Dean to recover damages for breach of contract.

Maria contends that the car was intended for use by one of her salespeople and that a large volume of business was lost because the particular salesperson concerned, having no car for four months, could not cover the sales route effectively.

Maria seeks to recover the profits thus lost for the four-month period in question. What damages, if any, will Maria recover from Dean?

3. Sensenig was a surveyor in the City of Pittsburgh for many years and had made surveys, maps, plots, and plans of the streets, lanes, and alleys of Pittsburgh and other places around that city, as well as many plans and plots of ground throughout Allegheny County.

These he used extensively in his business. Intending to change his occupation, he sold all these maps, plans, and plots to Hanks.

The contract of sale stipulated that if Sensenig should ever want to reengage in the surveying business, Hanks would resell the plots, plans, and maps to Sensenig for the price that Sensenig had sold them to Hanks plus 10 percent.

Five years later, Sensenig notified Hanks that he wanted to reengage in the surveying business and tendered to Hanks the amount of the purchase price which Hanks had paid to Sensenig plus 10 percent. Hanks refused to deliver the plans to Sensenig, and Sensenig sued Hanks for breach of contract. What is the appropriate remedy? Will Sensenig succeed?

Clarke Hess lived his lifetime in celebration of his community’s cultural heritage. He was a historian and collector with a one-track focus on the history of Southeastern Pennsylvania.

Clarke had limitless enthusiasm for Lancaster County history, for his Mennonite heritage, and for Pennsylvania German regional culture. Beginning at age twelve, his primary passion was researching and finding historic objects and arts associated with his people.

Local family history was never quite the same, after Clarke focused his attention on that subject. His encyclopedic memory for historic family facts often startled his friends and amazed his colleagues. And he was automatically quick to share his research with anyone who was interested.

Clarke loved and studied all things Pennsylvania Dutch: the people, the architecture, the antiques, the folk art, the farming, the foodways, and all of it. He had a deep and abiding appreciation for the Plain People, because many in his family had also once been plain.

Clarke restored the Hess Homestead near Lititz and turned it into a historic house museum. He opened the Homestead doors to anyone who wished to visit. And he instructed that the Homestead and this collection should eventually be offered at auction to the next owners.

And a Thank You to the Volunteers: And finally, we wish to express enthusiastic thanks to the volunteers who helped prepare Clarke’s collection for auction. We are grateful that you volunteered even without being asked. We certainly appreciate your many hours of work: typing Clarke’s inventory descriptions, sorting the collection, and all the other assistance.