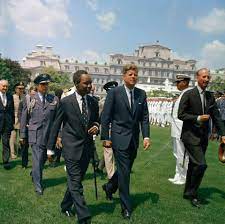 Select any current event issue form international affairs that involves difference of opinions. what are the different sides. use levels of analysis to explain which side should or will prevail.

Select any current event issue form international affairs that involves difference of opinions. what are the different sides. use levels of analysis to explain which side should or will prevail. Or use them to explain why an event happened the way it did provide a theoretical ethos to support your view.

The principal purpose of this article is to intervene in the robust debate on a rising China within western academia and the policy community by offering a perspective that is often missing and rarely given sufficient attention—a perspective from ‘the region’. A view from south Asia may offer pointers on ‘how not to deal with China’ and consequently enrich this debate. While there is a range of opinions in the West stridently arguing over how to cope with the rise of China, the perspective from the region is less visible.1 This article offers a subaltern perspective by drawing insights from three case-studies in south Asia.

While anchored in theory, the ambition of this article is limited to drawing empirically and ethnographically from the case-studies to offer a decentred view of China’s rise as a way of furthering our understanding of the possible implications of Beijing’s recent assertiveness for the international system.2 From this perspective, drawn from the author’s own positionality,3 China is deploying all the instruments propounded by the ancient Indian philosopher and political strategist Kautilya in his treatise Arthashastra: saam, daam, dand, bhed (‘persuade or purchase or punish or exploit a weakness’) to dominate its neighbourhood, and this approach could well be applied beyond the region as well.4 This comes close to a western offensive–realist understanding that China, like any rising power, seeks primacy in its region.5 As China faces challenges and pushbacks, it is expected to become even more assertive in the region.6 However, while the literature on Great Power politics focuses primarily on the consequences for the United States and China,7 the aim of this study is to position the region at the centre of the debate and explore the historical context of and changing dynamics in relations with China. The three case-studies—drawn from Pakistan, India and Sri Lanka—underscore the dilemmas posed by the binaries of bandwagoning and balancing. These cases examine the trajectories of these relations and the scope for managing China while prioritizing values over short-term, narrow interests.

Let me explain further. Graham Allison’s study on the ‘Thucydides Trap’ captured the essence of the challenge posed to the United States by a rising China. The study revealed that over the past 500 years, in 12 out of 16 cases ‘in which a rising power has confronted a ruling power’, the result was war. ‘When the parties avoided war, it required huge, painful adjustments in attitudes and actions on the part of not just the challenger but also the challenged.’ For Allison,

the defining question about global order for this generation is whether China and the United States can escape Thucydides’ Trap. The Greek historian’s metaphor reminds us of the attendant dangers when a rising power rivals a ruling power—as Athens challenged Sparta in ancient Greece, or as Germany did Britain a century ago.8

While the debate on the dilemmas posed by a rising China predated Allison’s study, the responses can be slotted along familiar Manichean lines of ‘accommodation’ by doves or ‘containment’ by hawks9—or, for Alastair Iain Johnston, ‘skeptics’ versus ‘engagers’.10 We use this binary typology as old-fashioned Weberian ‘ideal-types’: subjective mental constructs that may be exaggerated but are nonetheless useful analytical tools that help us to understand and make sense of a complex reality.11 We see ‘doves’, arguing mainly in favour of strategies of accommodation (Nye, Stein, Johnston and others), as excessively optimistic if not misguided, given not only China’s history of aggression in the second half of the last century but also its expansionism in recent years.