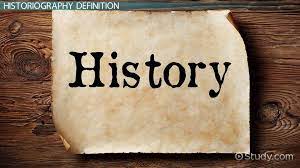 (2) Do you have some sort of affinity with any of the historians or schools discussed? In other words, who do you like, and why?
The first question is more about importance and significance. The majority of the essay (say 75-80%) should be taken up with your discussion of a major historian or group of historians.

The essays must target 1250 words, and should begin with a clear and easily identifiable thesis statement. All essays must have a suitable title. Footnotes are required. All sources, as well as the bibliography, must conform to Turabian’s A Manual for Writers, 9th ed

The lack of uniformity in historical writing and thought that are observed from the beginning of the 20th century until today is reflected in the many different criteria by which the main trends or historiographical schools usually take their name.These names can be derived from a philosophical approach (positivism), a journal (the French journal Annales), an author (Marx and the various forms of Marxism) or a university with which the trend is associated (like the Bielefeld school, in Germany). Likewise, an interpretive article that marks a milestone can give rise to a name, such as Lawrence Stone on “the return to narrative”). Other names have arisen from problems or challenges of the present (environmental history and global history).

In some cases, it has been claimed that a previously neglected analytical or thematic category has identified trends such as the Alltagsgeschichte (history of daily life), the Italian microstoria and the history of women and/or gender. In some cases, a happy expression has come to designate a change of orientation, such as the “linguistic turn”.

Below, we present a brief overview of the most significant objectives, socio-cultural contexts, authors and works of the different historiographical trends distinguishable in the 20th and early 21st centuries, especially in the West. Our tour starts with the dominant historiographical model in the early the 20th century and concludes with the commentary on the controversial role played by history in today’s media environment.

The dominant historiographical model in the early 20th century

Until the renewal of the writing of the history advocated by the French journal Annales d’Histoire Economique et Sociale in 1929, the predominant model for historians could be characterised as “history that does not neglect the story, attentive to the great figures, to the exemplary destinations, to the fate of nations and empires”. A history of political predominance made through careful criticism of sources (especially texts), seen from above, punctuated by great (and not so great) events. A history that the militant Lucien Febvre, the co-founder of Annales with M. Bloch, and many others would later describe as “historicising history” and “histoire événementiel” (“factual history”).

From the point of view of the theory of history (of historiography as metahistory), this dominant historiographical model was a roughly harmonious combination of classical German historicism embodied by Ranke, Hegelian idealism and Comtian scientific positivism in an atmosphere prone to exalting the nation itself. It has been said that the history of France between 1870 (Franco-Prussian War) and 1914 (the start of the First World War) was a prelude to widespread patriotic mobilisation.

The interest in this historiographical model that was demonstrated by the publication and systematic criticism of historical sources is still quite valid.