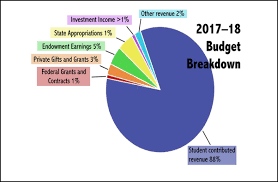 Is education becoming costlier but the quality not improving?

Is education becoming costlier but the quality not improving?

Improving the Quality of Education

Increasing graduation rates and levels of educational attainment will accomplish little if students do not learn something of lasting value. Yet federal efforts over the last several years have focused much more on increasing the number of Americans who go to college than on improving the education they receive once they get there.

By concentrating so heavily on graduation rates and attainment levels, policy makers are ignoring danger signs that the amount that students learn in college may have declined over the past few decades and could well continue to do so in the years to come. The reasons for concern include:

While some college leaders are making serious efforts to improve the quality of teaching, many others seem content with their existing programs. Although they recognize the existence of problems affecting higher education as a whole, such as grade inflation or a decline in the rigor of academic standards, few seem to believe that these difficulties exist on their own campus, or they tend to attribute most of the difficulty to the poor preparation of students before they enroll.

Many colleges provide a formidable array of courses, majors and extracurricular opportunities, but firsthand accounts indicate that many undergraduates do not feel that the material conveyed in their readings and lectures has much relevance to their lives. Such sentiments suggest either that the courses do not in fact contribute much to the ultimate goals that colleges claim to value or that instructors are not taking sufficient care to explain the larger aims of their courses and why they should matter.

Other studies suggest that many instructors do not teach their courses in ways best calculated to achieve the ends that faculties themselves consider important. For example, one investigator studied samples of the examinations given at elite liberal arts colleges and research universities. Although 99 percent of professors consider critical thinking an “essential” or “very important” goal of a college education, fewer than 20 percent of the exam questions actually tested for this skill.

Now that most faculties have defined the learning objectives of their college and its various departments and programs, it should be possible to review recent examinations to determine whether individual professors, programs and departments are actually designing their courses to achieve those goals. College administrators could also modify their student evaluation forms to ask students whether they believe the stated goals were emphasized in the courses they took.

In addition, the average time students devote to studying varies widely among different colleges, and many campuses could require more of their students. Those lacking evidence about the study habits of their undergraduates could inform themselves through confidential surveys that faculties could review and consider steps to encourage greater student effort and improve learning.

The vast difference between how well seniors think they can perform and their actual proficiencies (according to tests of basic skills and employer evaluations) suggests that many colleges are failing to give students an adequate account of their progress. Grade inflation may also contribute to excessive confidence, suggesting a need to work to restore appropriate standards, although that alone is unlikely to solve the problem. Better feedback on student papers and exams will be even more important in order to give undergraduates a more accurate sense of how much progress they’ve made and what more they need to accomplish before they graduate.