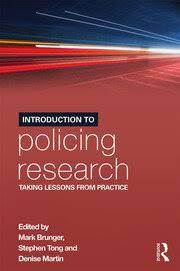 Introduction to Police Studies Masterworks. Violence and the police: A sociological study of law, custom, and morality.

1. Introduction to William A. Westley.

Violence and the police: A sociological study of law, custom, and morality.

FOR EXAMPLE;Herman Goldstein grew up in New London, Connecticut, where he graduated from the University of Connntieticut in 1953. During his career, he showed interest in police studies, which made him take the lead in reimagining the function of the police in contemporary American culture.

This led to Goldstein’s philosophy of policing, which as problem-oriented policing, is when the “need for police to deal with problems which underlie recurrent crime instead of simply reacting to crimes one by one as they occur.” (Panzarella & Vona, 2013, pp.246) In policing a free society, Goldstein addressed the issue of how a police department should be integrated with a municipality or city’s governance. Goldstein recommended how policies and operations should be accountable to citizens.

(Panzarella & Vona, 2013, pp.248) Goldstein’s Policing a Free Society addresses the need to increase the police’s capacity to provide high-quality services. His book addresses long-ignored issues about the fundamental framework for policing in this nation.

The book’s closing chapters include recommendations for the long-term institutional reform of the police. They emphasize the improvement of personnel, the creation of urgently required leadership, and the potential contributions of additional education and research. (Panzarella & Vona, 2013, pp.265)

Who are the police? What jobs do they perform? Why do they behave as they do? Twenty years ago William Westley answered these questions by making a study of the municipal police force in a Midwestern city, which has proved to be one of the pioneering works in the field. In it he takes a deep look at the nature of police activities (“dirty work,” training, traffic, patrol, detective), how the police are organized and how they function, the kind of men they employ, and the ways in which they build a special occupational culture that defines the police “self” and role in society.

The book identifies the forces that lead to such cultural norms as secrecy, legitimate violence, and maintenance of respect and describes the consequences they have for law enforcement. The urban police department is certainly an institution of great public interest but no often a source of balanced or uncritical information; hence the author takes care to explain the paradox of police as decent citizens, and police as “the enemy.” His work is based on a large number of systemic interviews as well as several months observation of policemen at headquarters and on the beat.

It provides an understanding of police attitudes (toward the “better class” of people, slum dwellers, the press), what actions they are likely to take in different situations, and what is necessary for police reform. The crucial rub, Westley finds, is police antagonism toward the community, which is tempered only by their political vulnerability.

The original study is updated by a Preface in which Professor Westley notes the significance of his findings for present-day problems. Presumably the police have become more professionalized since the 1940s, he remarks, but if anything, their relations with the public have deteriorated, and professionalization has had negative effects.

Where the police and the public face each other with mutual hostility, there is grave danger, but Westley concludes, there are also solutions. He suggests measures to involve police with the community and vice versa, pointing out that there should be fewer police duties that lead to public confrontation and violence.

Improvements such as these combined with sound training, higher standards, and pay offer hope for a more responsible police department.