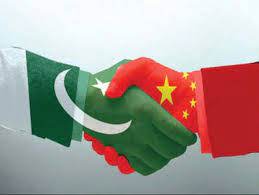 Indo- sino relationship faltering. The present relations of India and China are a result of the historical factors which play a major role in determining the bilateral relations of countries.

The present relations of India and China are a result of the historical factors which play a major role in determining the bilateral relations of countries. Other disputes include the oppositionof China to India’s membership in the Nuclear Suppliers Group (NSG), China’s usage of veto in declaration of Masoor Azhar as a global terrorist and China’s One Belt One Road initiative which lead to the Doklam crisis. [4] Literature Review There is a huge volume of available articles on this topic and there are a lot many books written by various authors on the same. The researcher has taken reference from various books, articles, blogs as well as news journals for writing the research paper.

Though there are many books written on the same yet many of them were not available online. The book referred by the researcher is India-China in the Contemporary Era by Annupurna Nautiyal and Chintamani Mahapatra. It was published in the year 2o14. It gives us a glimpse of India and China in the contemporary setting and how the relationship of India-China has grown over the years and what are the reasons for the same. It also tells us about the various factors that have played a major role in the relationship.

The article by Dr. Chander Bhushan Nagar, “China-India Relations and North-East: An Overview” was the most helpful article in writing the research paper as it explains the major reason of conflict between India and China i.e. the north-eastern region of India. This is a geographical conflict between the two nations.

The north-eastern region of India which comprises of the seven sisters is surrounded by China is a very important part for India as it gives India the route for its Look East Policy. The article by Chen Jian titled, “China and the first Indo-China War” gives us all the necessary detail about the Indo-China War. It tells us about the various factors that lead to the war and what were its repercussions. The war left a deep suspicion between the two countries.

The end of the war resulted in the signing of the Geneva Agreement but the confrontations between the two nations were not yet over. The article by Chietigj Bajpaee titled, “China-India Regional Dimensions of the Bilateral Relationship” gives us an overview of the bilateral agreements signed by the two nations. It also gives us an idea about the evolving Sino-Indian Relationship.

The border disputed between the two countries is also talked about in the article.

The security dilemma between the two nations has had an impact in the maritime domain also and how the maritime interest and capabilities are expanding is also discussed in the article.

There are a few other articles to which the researcher referred and they are mentioned in the bibliography which is given at the end of the research paper. Research Objective

To look into the relationship of India and China from a historical perspective.

To analyse the various factors for dispute between the two nations.

To see whether there has been any change in the relationship of India and China.

To see what can be done to improve the bilateral relationship of India and China.

Hypothesis The bilateral relationship of India and China has been an outcome of the historical factors which are prevalent in both the countries and Pakistan plays a major role in determining the relationship of the two countries.

Is Pakistan influencing the bilateral relationship of India and China?

Is the bilateral relationship of India and China actually improving?

The third chapter deals with the things that should be done to enhance this bilateral relationship. At the end of the three chapters, there is conclusion. Lastly, there is bibliography.

The History of the Bilateral Relationship of India and China
India and People’s Republic of China are geographically located in the continent of Asia and are in the southern part of it. Both the nations have major role to play in the South Asian politics as well as the world politics and are considered superpower nations. Initially, both the nations shared a cordial relationship and also had a brotherly bond with each other.

There were slogans which were made to strengthen this bond like “Hindi-Chini Bhai Bhai” which meant that Indian and Chinese are brothers.

There was a pact signed between the two countries named the Pancsheel Agreement, the Five Principles of Peaceful Coexistence, also, not only served as a symbol of friendship between two of the world’s most populous countries but also codified the process of interaction within the developing world and became an antecedent to subsequent norms of regional interaction, such as the Association of Southeast Asian Nations’s Treaty of Amity and Cooperation.

[5]This included not interfering in the internal politics of each country[6]. The main problem that strained the brotherly relationship between the two nations was when India gave asylum to Dalai Lama, a Tibetan spiritual leader who was to be arrested by the Chinese after a guerrilla war between the Tibetan rebels and the Chinese soldiers because he was suspected of carrying out anti-nationalist activist against Chinese government.

[7] In the process of giving asylum, the Indian government broke one of the rules in the Pancsheel Pact and this was the beginning of the hostility among the two nations.

India felt betrayed by the Chinese government and this was the embarking of the suspicion which is still prevalent today. This weighed heavy on the bilateral ties of the two nations and the repercussions can still be felt.

[8] After this incident, there were many warnings both internal as well external to the Nehruvian government that China to avenge this might declare a war on India. The Chinese troops came very near to the border yet the government was confident that the troops won’t attack but the Chinese declared war on India and the Indian army was not even ready for the same and lost very severely.

This taught a lesson to the government in which people had lost faith and there was a lot of embarrassment for the leaders back home. Many cabinet ministers gave their resignation as there was nationwide mistrust created by the event. The dispute was over the Aksai Chin and Arunachal Pradesh border area. The loss impacted the prestige of Nehru and there was a lot of criticism from the opposite party leaders as well.