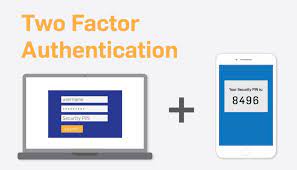 1. Purpose/Objective: In Ervin Chartrand’s chapter in How We Go Home, he discusses his experiences as an Indigenous person with the criminal justice system, and he argues that there is significant discrimination towards Native people.

Others have different perspectives on this issue. Using the list of articles below, write an essay that synthesizes various points of view to show how they agree and/or differ with Chartrand’s views on Indigenous people and the criminal justice system.

Convergence seems to be forming around versions of a cross-cultural or trauma theory of victimization that is rooted in the overall effects of colonization. In addition, we examine, in particular, the impact of racism on Aboriginal victimization in this part of the report.

9.1 Victimization and the Impact of Colonization
There is virtually no literature or research that explains the high rate of Aboriginal victimization on a general level. There are a few theories that attempt to explain the high prevalence of family violence in Aboriginal communities (ANAC & RCMP, 2001). We examine in greater detail the discussion of why family violence is so prevalent later in this section.

The goal of their work is to identify a “cross-cultural” theory of Aboriginal crime that would be broad enough to explain all aspects of Aboriginal criminal behaviour. Although the authors note that additional work needs to be done in this area, they point to the research of two authors that they “feel should be the direction taken by theory and research on aboriginal criminal justice issues” (p. 18). They refer to La Prairie (1992) and Marenin (1992). For example, they summarize La Prairie as follows:

[M]any of the research findings that have been reported show ‘disproportionate levels of crime and violence, both on and off-reserve’ and suggest that these are the result of ‘a serious rupture of traditional control mechanisms in contemporary aboriginal communities.’

She implies in her discussion that the processes of colonization … and modernization… have both contributed to creating the social and economic conditions faced by indigenous peoples and that these conditions have in turn led to serious disruption in, and sometimes even the total disintegration of, more traditional ‘communitarian’ Aboriginal methods of dispute settlement and social control. (Smandych et al., 1993, pp. 18-19)