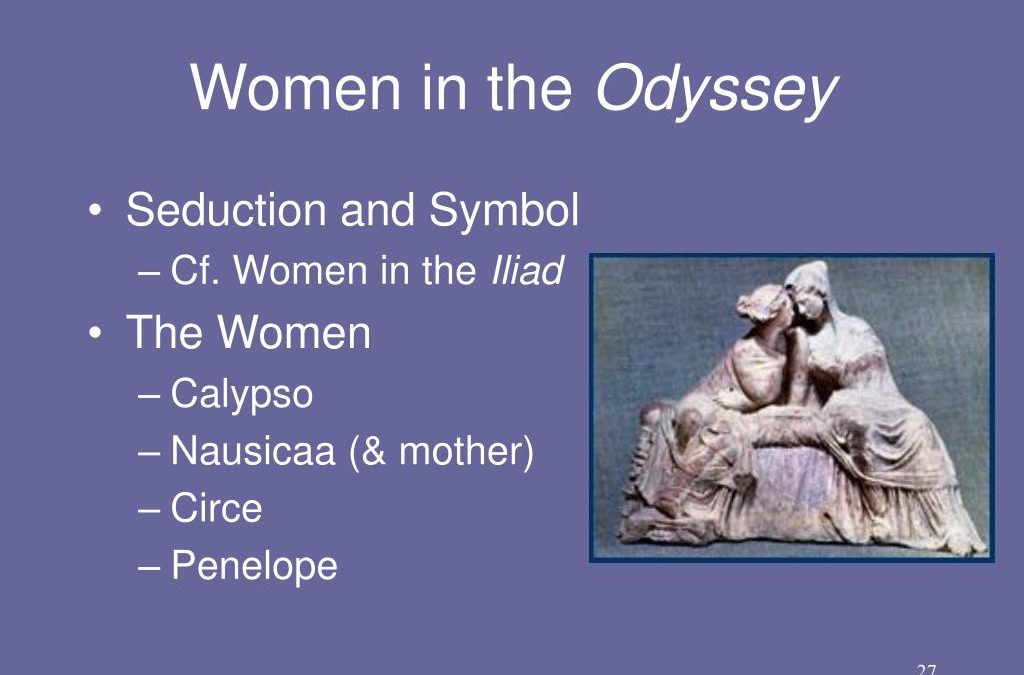 Importance of women in the Iliad or The Odyssey

(Please note that this applies to goddesses as well as mortals!) Discuss the virtue of hospitality (xenia) in the Odysas the groups of people who honour it, as well as those who abuse it. In the Iliad, is Zeus consistent in his actions in relation to both the gods and mortals? Does Achilles emerge as a sympathetic character? Why or why not?

The Iliad and the Odyssey are poems relating adventures surrounding the Trojan War. The Iliad details a short time toward the end of the war, while the Odyssey deals with a period, almost tens years later, when Odysseus is returning home after the war. The focus of both poems are manly acts taken in the face of great adversity.

Yet in both stories women are common and important. What is interesting, in fact, is that women are included in many roles. This seems to be a testament to the importantance of women in the Greek culture of that time. It should be further noted that the poems are not a glorification of war or the adventurous struggles of its participants.

Rather, the whole story is told, including the effects on the women. The women of the poems are seen to struggle with the effects of war just as do the men in a way that spells out every detail, including the fate of the dead and the living. It is more than an earthly struggle. It is a struggle to reconcile oneself to the forces of the universe, whether they be gods, goddesses, men or women. For this reason the stories have a universal quality to everyone.

One of the Great mysteries of the Odyssey is contained in Book XI of the Odyssey. In this book Odysseus visits the kingdom of the dead to receive information from the great seer Tiresias. While in the kingdom of the dead Odysseus witnesses the shades of ancient women. This section is referred to as Homer’s catalog of women. The discussion is seen as having nothing to do with the plot of the poem.

What is interesting about this list is that these names are not easily translatable from Greek or from its Indo-European roots. “Ariadne” is often translated as “very holy” but this seems wrong. It is just an association that seemed meaningful. Likewise ‘Leda has been trans lated as ‘lady’. If this name is related to the word ‘lady’ then it is derived from germanic ‘hlaibaz’ meaning ‘bread’ and Indo-European ‘dheigh-‘ meaning ‘to knead clay’.

But this translation is unlikely as ancient Greek have a common ancestor but the one did not influence the other. “Chloris” is the name of a goddess but this ‘Chloris’ is different. Anyway the name is associated with Demeter and a spring festival Chloia and the meaning comes from this and not from Indo-European sources as would be expected.