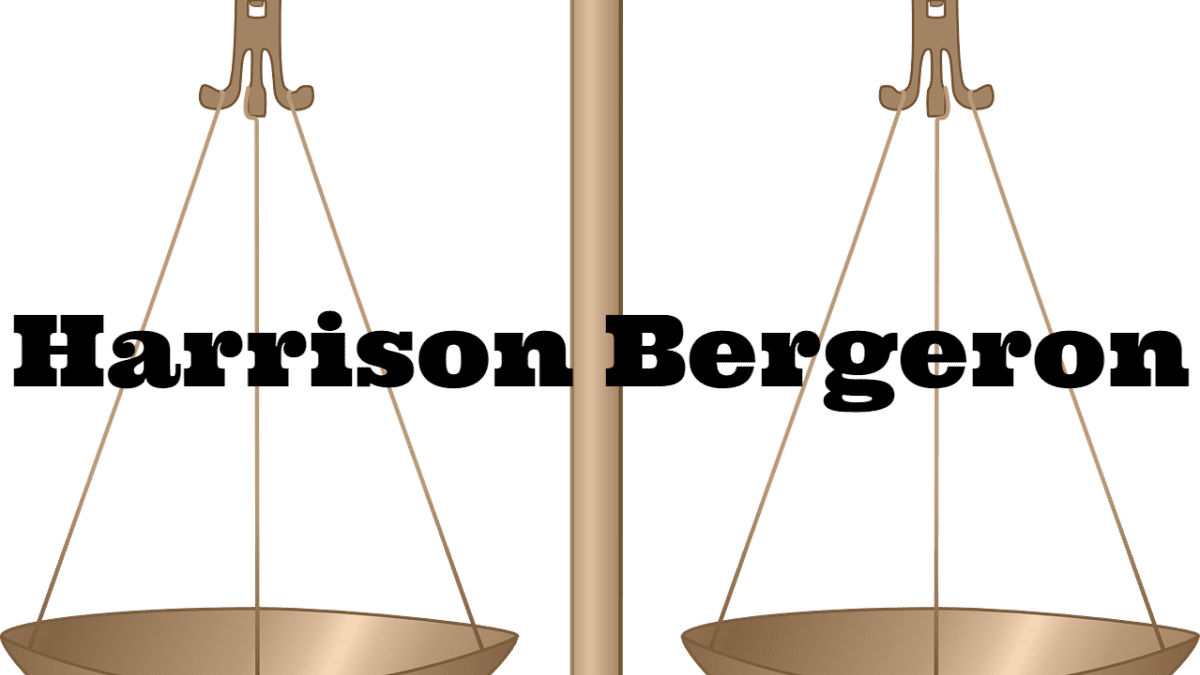 If Harrisons revolt against the government had been successful, would society have been better or worse?

If Harrisons revolt against the government had been successful

· Would Harrison’s decisions be for the people or self-serving?
· If George removed his handicaps, could he have used his intelligence to rally people to stop government oppression and promote free thought?

“Harrison Bergeron” is a dystopian satire often read by students for its take on equality and freedom.

The story is set in the United States in the year 2081. It’s told by a third-person limited narrator—the reader is given some access to George Bergeron’s thoughts.

It is the year 2081 and everyone is equal in every way—physically and mentally. The United States Handicapper General and her agents ensure compliance.

In April, Harrison Bergeron, the fourteen-year-old son of George and Hazel, is taken away by government agents. Neither of them thinks deeply about it. Hazel is average and incapable of deep thought, while George’s mental handicap ear transmitter interrupts his thoughts with a variety of noises.

Hazel is curious about the noises George hears; she doesn’t need anything to limit her thoughts.

Hazel believes she’d make a good Handicapper General because she’s so normal. She would change the noises on Sunday to loud bells, in honor of religion.

George has a fleeting thought of Harrison being in jail before a blast in his ear stops it.

George also wears a forty-seven pound weight around his neck to limit him physically. Hazel suggests that it would be nice if he could lighten his load a bit. That would mean prison and a fine, and he doesn’t want to risk it, even in private. They soon reach the conclusion that society would fall apart if everyone wanted to remove their handicaps.

Their television program is interrupted by a news bulletin which has to be read by a ballerina when the announcer’s speech impediment makes it impossible. She modifies her voice so she doesn’t sound good. Harrison, who is described as athletic, a genius, and under-handicapped, has escaped from jail and is considered dangerous.

A police photo shows Harrison as seven feet tall. He wears handicaps more extreme than anyone else—300 pounds of scrap metal, huge earphones and thick glasses. His good looks are concealed with a red-ball nose, shaved eyebrows and black-capped teeth.

During the report, Harrison bursts into the television studio and proclaims himself the Emperor. Everyone is afraid of him.

He removes his remaining handicaps and calls for an Empress. A ballerina steps forward. He removes her ear piece and mask, revealing her tremendous beauty.

He calls for music so they can show the world what real dancing is. He removes the musicians’ handicaps and tells them to play their best. They dance with joy and grace, eventually leaping thirty feet in the air. In their triumph, they kiss the ceiling and each other.