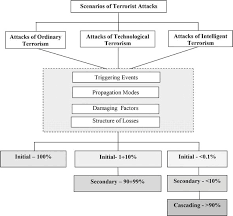 Identify the two terrorist events that have been previously selected, and briefly explain why these events serve as good comparison points for evaluating how terrorist activities have evolved over time.

Title page
Introduction: In this section, identify the two terrorist events that have been previously selected, and briefly explain why these events serve as good comparison points for evaluating how terrorist activities have evolved over time.

Terrorist events comparison: In this section, compare and contrast the two terrorist events that were described in the previous sections. Suggested areas for comparison include (1) motivations for attacks, (2) methods of attack, (3) impact on society, and (4) lessons learned from attacks that can be used to develop counterterrorist strategies. You should also discuss how terrorist strategies have evolved from the first event to the second event.

Summary and conclusions: In this section, summarize the evolution of terrorism based upon the two selected events.
References: Provide a reference list.

The events are the DC Sniper and the Oklahoma City Bombing

Committee on Culture, Science and Education

Modern terrorism is media terrorism. The media are attracted by extreme terrorist acts not only because it is their duty to report on any major event but also because the dramatic and spectacular aspect of terrorism fascinates the general public. Today’s terrorists exploit this and act in a way which will attract maximum attention around the world.

Terrorism should not affect the importance of freedom of expression and information in the media as one of the essential foundations of democratic society. This freedom carries with it the right of the public to be informed on matters of public concern, including terrorist acts and threats, as well as the response by the state and international organisations to them.

The fight against terrorism should not be used as an excuse by states to restrict the freedom of the press. As far as journalists are concerned, they should avoid playing into the hands of the terrorists by restricting the dissemination of graphic photos and over-sensational information.

1. The Parliamentary Assembly of the Council of Europe believes that terrorism should not affect the importance of freedom of expression and information in the media as one of the essential foundations of democratic society. This freedom carries with it the right of the public to be informed on matters of public concern, including terrorist acts and threats, as well as the response by the state and international organisations to these threats and acts.

2. Terrorist acts are acts which are intended to create terror, fear or chaos among the people. The spread of public terror, fear and feelings of chaos depends largely on the images and messages being carried by media reports about the terrorist acts and threats. The omnipresence of mass media at global level frequently multiplies these effects out of proportion.

3. The Assembly recalls its Resolution 1271 (2002) and Recommendation 1550 (2002) on combating terrorism and respect for human rights and reaffirms that the fight against terrorism must not be used as a pretext to restrict the fundamental rights and freedoms guaranteed under the European Convention on Human Rights and related legal texts of the Council of Europe. In this respect, it supports the Committee of Ministers’ Guidelines on Human Rights and the Fight against Terrorism of 11 July 2002.

4. Referring to the Committee of Ministers’ Declaration of 2 March 2005 on freedom of expression and information in the media in the context of the fight against terrorism, the Assembly emphasises that Article 15 of the European Convention on Human Rights cannot be invoked in cases of terrorism in order to restrict freedom of expression and information beyond the existing limitations of Article 10, paragraph 2 of the Convention, because terrorist action can neither be regarded as war in a legal sense, nor can it threaten the life of a democratic nation.

5. The Assembly considers it necessary for the public and media to be aware of the fact that terrorists direct their action towards the public and thus utilise the media in order to have the strongest possible impact. This is even more important because terrorists have learned how to use information technologies in order to disseminate their own audiovisual recordings, electronic messages or web sites on the Internet, which compels states and the media to react accordingly.

6. With due regard to the privacy and human dignity of victims of terrorist acts and their families, the Assembly stresses the importance of fully informing the public about terrorist acts, including the suffering caused by these acts as well as the socio-cultural and political context of such acts. Informed public debate about concrete acts of terrorism can lead to forming adequate political responses to it and to preventing others from joining terrorist groups.

7.       The Assembly trusts in the ability of the European political system and culture and its citizens, politicians and journalists to avoid over-sensational media reports related to terrorism.

8.       The Assembly invites media professionals to:

i.       develop through their professional organisations a code of conduct for journalists, photographers and editors dealing with terrorist acts and threats, in order to keep the public informed without contributing unduly to the impact of terrorism;

ii.       organise training courses for media professionals aimed at increasing awareness of the sensitive nature of media reports on terrorism;

iii.       co-operate between themselves, for instance through their professional organisations, in order to avoid a race for sensational news and images which plays into the hands of terrorists;

iv.       avoid contributing to the aims of terrorists by adding to the feeling of public fear which terrorist acts can create or by offering terrorists a platform of high publicity;

v.       refrain from disseminating shocking pictures or images of terrorist acts which violate the privacy and human dignity of victims or contribute to the terrorising effect of such acts on the public as well as on the victims and their families;

vi;       avoid aggravating through their news and comments the societal tensions underlying terrorism, and in particular to refrain from disseminating hate speech.

9.       The Assembly asks all its member and observer delegations to take account of this Recommendation in their national work and to hold a debate on this issue in their respective national parliaments.

10.       The Assembly recommends that the Committee of Ministers ask member and observer states to:

i.       inform regularly the public and the media about government strategies and action towards combating terrorism as well as its causes;

ii.       abstain from prohibiting or even restricting unduly the provision of information and opinions in the media about terrorism as well as about the reaction by state authorities to terrorist acts and threats under the pretext of fighting terrorism;

iii.       inform, upon their request, media dealing with terrorism about the specific security situation in each context, in order to avoid that journalists investigating terrorism be unnecessarily exposed to dangers caused by terrorists or anti-terrorist action of state authorities;

iv.       include media literacy in their school curricula, in order to educate society towards a critical and informed consumption of media content and raise awareness of the horror of terrorist acts;

v.       co-operate through their law enforcement authorities in order to prevent the dissemination of illegal messages and images by terrorists on the Internet;

vi.       apply the Additional Protocol to the Convention on Cyber Crime concerning the criminalisation of acts of a racist and xenophobic nature committed through computer systems to terrorist content in so far as the latter advocates, promotes or incites hatred or violence against any individual or group of individuals based on race, colour, descent or national or ethnic origin, as well as religion if used as a pretext for any of these factors.

i.       monitor the treatment of terrorism in European media in particular with regard to its Declaration on freedom of expression and information in the media in the context of the fight against terrorism;

ii.       prepare, under the guidance and in close co-operation with media professionals and their professional organisations, and with UNESCO and other organisations working in the same field, a handbook for journalists reporting about terrorist acts and violence;

iii.       initiate work towards an additional protocol to the Convention on Cyber Crime setting up a framework for security co-operation between member and observer states for the prevention of cyber terrorism, in the form of large-scale attacks on computer systems and through computer systems which threaten national security, public safety or the economic well-being of a state.