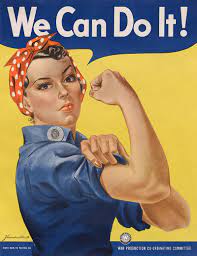 Identify the branch of feminism with which you identify the most, or explain why you identify with none of the feminisms discussed in the text. Reflect on the reasons and implications of your choice.

Identify the branch of feminism

Identify the branch of feminism with which you identify the most, or explain why you identify with none of the feminisms discussed in the text. Reflect on the reasons and implications of your choice.

There are people who believe that we do not need feminism today, but nothing could be further from the truth. Women have struggled for equality and against oppression for centuries, and although some battles have been partly won – such as the right to vote and equal access to education – women are still disproportionally affected by all forms of violence and by discrimination in every aspect of life. 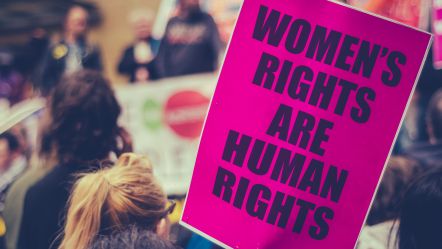 It is true that in some areas and on certain issues, there have been improvements: for example, in Saudi Arabia women were allowed, for the first time, to vote and run for office in 2015(!).

However, on other issues there has been little or no progress: for example, there have been insignificant reductions in cases of violence against women. Women continue to receive lower pay for the same work as men in all parts of the world; there are still countries that do not have laws against marital rape and still allow child brides, and practices such as ‘honour’ killings and female genital mutilation still exist.

Jokes about feminism and stereotypes about feminists persist, and many of these are also homophobic and assume that being lesbian is something ‘bad’. In fact, being a feminist is not something particular to any sex or gender: there are women and men who consider themselves feminists, some are gay or lesbian, some heterosexual, bisexual or transgender – and some may identify differently.

The concept of feminism reflects a history of different struggles, and the term has been interpreted in fuller and more complex ways as understanding has developed. In general, feminism can be seen as a movement to put an end to sexism, sexist exploitation, and oppression and to achieve full gender equality in law and in practice.

Women’s movements and the history of feminism

There have been many extraordinary women who have played an important role in local or world history, but not all of these have necessarily been advocates of women’s issues.

The women’s movement is made up of women and men who work and fight to achieve gender equality and to improve the lives of women as a social group. In most societies, women were traditionally confined to the home as daughters, wives and mothers, and we are often only aware of women in history because of their relation to famous men.

Of course many women throughout history did in fact play an important role in cultural and political life, but they tend to be invisible. An organised women’s movement only really started in the 19th century, even though women activists and the struggle for equality have always been part of all human societies.

One of the early pioneers, who thought and wrote about women as a group, is the Italian writer Christine de Pizan, who published a book about women’s position in society as early as 1495. Christine de Pizan wrote about books she had read by famous men, who wrote books about the sins and weaknesses of girls and women, and questioned whether women were really human beings at all, or whether they were more similar to animals.

Christine de Pizan’s work offers a good example of the early stages of the struggle for women’s equality. However, she was very unusual in being able to read and write, which was not at all common for women of that time. 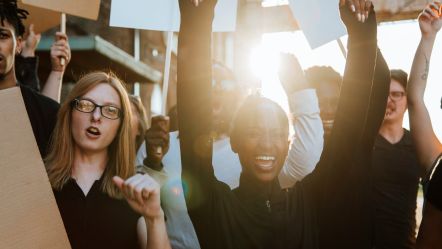 In later history, women took part in the French revolution from the very beginning: the demonstrations that led to the revolution started with a large group of working women marching to Versailles to demand not only food to feed their families, but also political change.

However, the French Revolution did not lead to proper recognition of women’s rights. For that reason, in September 1791, Olympe de Gouges wrote the Declaration of the Rights of Woman and of the Female Citizen, in response to the Declaration of the Rights of Man and of the Citizen, and with the intention of exposing the failure of the French Revolution to recognise gender equality.

As a result of her writings de Gouges was accused, tried and convicted of treason, resulting in her immediate execution.

The women’s movement began to develop in North America, mainly because women there were allowed to go to school earlier than in Europe – and women who can read and write, and who are encouraged to think for themselves, usually start to question how society works.

The first activists travelled around North America and fought for the end of both slavery and women’s oppression. They organised the ‘First Women’s Rights Convention’ in 1848, and continued to campaign to improve the social position of all women.

The movement also began in Europe with the same broad aims: activists collected signatures demanding that working women should receive their own wages and not their husbands’, that women should be able to own a house and have custody of their children.

The fight for women’s right to vote in elections is known as the ‘suffragette movement’. By the end of the 19th century, this had become a worldwide movement, and the words ‘feminism’ and ‘feminist movement’ started to be used from that point on.

This first wave of feminism activism included mass demonstrations, the publishing of newspapers, organised debates, and the establishment of international women’s organisations. By the 1920s, women had won the right to vote in most European countries and in North America.

At around the same time, women became more active in communist, socialist and social democratic parties because increasing numbers of women began to work outside the home in factories and offices.

Women were first allowed to go to university in the early 20th century, having both a career and a family. In certain countries, when fascist parties gained power the feminist movement was banned.

Women started organising again after the end of the Second World War, and they soon gained equal political rights in most European countries, with women’s emancipation becoming an important aim and most women being allowed to take on full-time jobs, divorce their husbands and go to university.