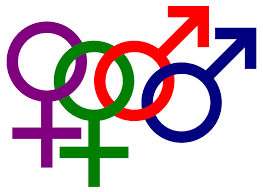 How you express gender and understand what sexuality is?. Sexuality refers to the total expression of who you are as a human being, your femaleness or your maleness.

How you express gender and understand what sexuality is?

Everyone is a sexual being. Your sexuality is an interplay between body image, gender, identity, gender roles, sexual orientation, relationships, etc. It includes attitudes, values, knowledge and behaviors. Families, culture, society, values and beliefs influence how people express their sexuality.
In a two-to-three-page APA college level paper research and/or apply from personal experiences answers to the following questions:

What is the link between sexuality and gender?

Gender refers to the widely shared set of expectations and norms linked to how women and men, and girls and boys, should behave. Unlike ‘sex’ which refers to the biological and physiological characteristics that define men and women, gender refers to the socially constructed roles, behaviours, activities, and attributes that are assigned to men and women in any given society. These expectations are are not fixed but are continually being constructed and reinforced through social relationships and economic and political power dynamics.

“a continuum in which there are different degrees to which one transgresses or breaks the social norms related to the ‘ideal’ woman and man. According to our understanding, everyone is assigned a gender (either male or female) at birth. Society creates strict norms that are meant to be followed by the two genders. These norms are upheld by a system of punishment and privileges. The norms are not only policed, they are also internalised.” (Link to case study below)

Researchers, like those in Nirantar, who have explored the relationship between gender and sexuality argue that gender and sexuality cannot be thought of as distinct and separate categories but as intimately related. The societies we live in construct the right and wrong way to behave as men and women and these are mapped onto ‘right’ and ‘wrong’ sexual practices, beliefs and behaviours:

“Ideologies claiming that women should be pure and chaste can lead to female genital mutilation, honour killings, and restrictions on women’s mobility and economic or political participation. Ideas that men should be macho can mean that sexual violence is expected rat

her than condemned. In many places, to be considered a ‘proper man’ or ‘proper woman’, you need to act one hundred per cent heterosexual, and stay in line with gender stereotypes.” (Ikkaracan and Jolly 2007: 3)

There are many ways to explore the relationship between sexuality and gender; in this section we outline three ways that gender is related to sexuality that are useful for thinking about sexuality and development.

1. Sexuality is influenced by gender norms

Social expectations linked to gender influence how women and men behave and this includes their sexual behaviour, attitudes and feelings. These expectations tend to be based on the assumption that there are two categories of people, men and women and that they behave differently based on their biological sex. There is also a basic assumption in development policy and programming that gender is linked to biological sex and that the recipients of development interventions are heterosexual. The assumption that the normal and natural sexual relationship and basis for the family is a man and a woman in a heterosexual marriage is sometimes described as heteronormativity.

There is huge variation in the gendered norms and expectations relating to sexuality. The pressures to conform to the norms of any given society can have negative consequences for both wommen and men. In some contexts, women may be forced to enter marriages against their will and some may be subject to marital rape; or they may be compelled to undergo female circumcision in order to be perceived by society as an ‘adult woman’. Boys too are told how to behave as men, how to be taken seriously by their family and their community; this may entail being bullied or punished if boys are not ‘macho’ enough, or if they express same-sex desires.

In many contexts, girls and women are seen as vulnerable and in need of ‘protection’ from men’s sexual advances. Virginity is often highly prized and is linked to a family’s ability to arrange a marriage and maintain social status. Controlling girls’ and women’s sexuality is also linked to material resources such as education and whether or not girls are able to attend school. Where virginity is important, parents may fear the increased possibility of sexual encounters between boys and girls at school (as shown by the study conducted by our partner organisation, Nirantar) or are concerned that, with education, girls may be more likely to challenge the patriachal structures that are reinforced through historic family customs, like arranged marriages.